How Can the United States Best Protect its Interests in Afghanistan? 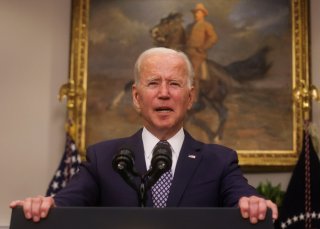 How can the United States ensure that the withdrawal does not resurrect terrorist threats posed by radical groups in and around the region—the very danger that brought us into Afghanistan twenty years ago? And how can we ensure that our geostrategic rivals—China, Russia, and Iran, among others—do not exploit perceived American weakness on other matters of vital concern?

Please enjoy the Center for the National Interest's discussion with a distinguished panel of experts where these questions were addressed. Our panel consisted of:

Milton Bearden is a Distinguished Non-Resident Fellow at the Center for the National Interest. He served in numerous senior positions during a distinguished career at the CIA, including as station chief in Pakistan. His books include The Main Enemy: The Inside Story of the CIA’s Final Showdown with the KGB (with James Risen) and The Black Tulip: A Novel of War in Afghanistan.

Cheryl Benard was the program director in the RAND National Security Research Division. She is the author of Veiled Courage, Inside the Afghan Women’s Resistance; Afghanistan: State and Society; Democracy and Islam in the Constitution of Afghanistan; and Securing Health, Lessons from Nation-building Missions. Currently, she is Director of ARCH International an organization that protects cultural heritage sites in crisis zones.

Anatol Lieven is a senior fellow at the Quincy Institute for Responsible Statecraft and author of Pakistan: A Hard Country. From 1985 to 1998, he worked as a journalist in South Asia, the former Soviet Union, and Eastern Europe and covered the wars in Afghanistan, Chechnya, and the southern Caucasus.

Dov Zakheim is Vice Chairman of the board of directors at the Center for the National Interest. He served as Under Secretary of Defense in the George W. Bush administration and had a direct role in the planning and execution of the early phases of the war in Afghanistan.