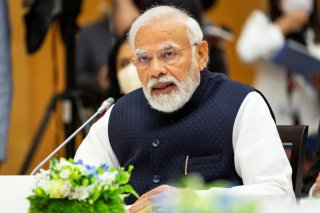 India would have seemed an unlikely power player in global energy markets until a year ago. India has long been among the world’s largest oil consumers. Since 2000, India’s oil consumption has more than doubled, reaching 4.8 million barrels per day (BPD) in 2021 and making it the third largest importer and consumer. The economic slowdowns associated with the Covid-19 pandemic stifled India’s energy use. As the road to recovery unfolds, India is poised to have the largest increase in global energy demand over the next two decades, according to the International Energy Agency. Still, India had traditionally played a passive role in global energy markets, a dutiful customer that prioritized diversity and stability over driving cutthroat deals.

India’s energy policy is based on the efficiency of energy usage. The Indian economy is characterized by low energy productivity caused by the misuse of energy resources and energy-intensive technologies. Commonly referred to as the “swing fuel,” oil accounted for only 27 percent of primary energy sources, whereas coal accounted for 57 percent and natural gas nearly 7 percent, according to the latest BP statistics.

Yet, given the sanctions on Russian energy and a global oil supply crunch, India has unprecedented power to demand the best price for its oil imports. This could fundamentally shift global markets and bring India into the great energy game.

Western sanctions on Russian oil exports in the wake of the invasion of Ukraine have provided India with an unexpected geoeconomic opportunity. Since February, India (as well as China) has become the predominant buyer of Russian oil. Not only is India a consumer of Russian oil but it has also become a trans-shipment hub where these supposedly illicit energy products can find new customers. Since February 2022, India’s imports of Russian Urals crude have increased sixfold. India’s leadership has not been shy about their gambit, despite warnings from the United States about the consequences of sanctions evasion. Foreign Minister Subrahmanyam Jaishankar said “We have been very open and honest about our interest. I have a country with a per capita income of USD 2000, these are people who cannot afford higher energy prices. It’s my moral duty to ensure the best deal.” In a country suffering from a dramatic rise in food prices, moderating fuel prices is important for maintaining macroeconomic stability. Jaishankar dismissed accusations that purchasing Russian hydrocarbons was singularly responsible for fueling the war, pointing out that Europe continues to purchase Russian gas. Indian officials have also pointed out what many oil watchers already know: In a global market, shifts in demand from one source can be compensated by supply from another. Thus, as more of the Middle Eastern oil that India is accustomed to buying is now headed to Europe, India has ramped up purchases of Russian crude.

But oil markets are not infinitely elastic. Refining capacity has been a key limitation on the quantity and type of oil India can absorb. Before 2021, few of India’s refineries could handle Russia's relatively heavy and sour sulfur-infused crude. Indeed, Russia only accounted for four percent of India’s oil imports. The bulk of India’s refineries were designed to process the lighter and sweater crudes originating from the Persian Gulf. Russian prices have been so low, however, as to make reengineering the refiners and investing in de-sulfuring technologies commercially attractive. All of India’s major refiners, including the state-owned refiners and billionaire Mukesh Ambani’s Reliance Industries at Jamnagar, have begun turning out low-cost diesel, naphtha, and other commercial fuels using Russian feedstock. Russia briefly overtook Saudi Arabia as India’s second-largest oil refiner, behind leading Iraq. India’s imports from Russia rose to 370,000 BPD in April, more than a threefold increase from pre-2022 levels, before skyrocketing to 870,000 BPD in May.

India has become an oil price hawk and bargain hunter. Today, India and China import nearly half of the crude shipped from Russian ports. Both are in a position to demand steeper discounts from Moscow. At the same time, Persian Gulf supplies remain in play, with sixty-five percent of India’s crude still coming from West Asia. Transportation from the Persian Gulf across the Arabia Sea remains more cost-effective than relying on the circuitous route from Russian ports through the Suez Canal. In fact, since May, Iraq and other Middle Eastern suppliers have been battling for the Indian market share by offering better prices and even supplying heavier crudes that would not have been considered eligible for export before Indian reengineering. In August Indian oil refiners even took advantage of momentary price bubbles to snap up millions of barrels of U.S. crude in the spot market, showing maneuverability and acumen in a volatile environment.

This mechanism fits into India’s oil import strategy. This week, Saudi Arabia emerged as the second biggest oil supplier to India after a three-month gap, clearly overtaking Russia by a low margin, while Iraq still retained the top spot in August. Moreover, India’s ambiguous policy related to Russia’s aggression in Ukraine confirms the conventional trend that the Middle East remains a destination of choice for sourcing crude oil.

On the sidelines of a recent Shanghai Cooperation Organization (SCO) summit in Samarkand, Prime Minister Narendra Modi’s carefully crafted comments on Russia’s special military operation in Ukraine seemed to reflect this ambiguity when he told Vladimir Putin “I know that today’s era is not of war and we have talked to you many times over the phone on the subject that democracy and diplomacy and dialogue are all these things that touch the world.”

The Indian government treats the current market conditions not as a windfall but as a critical opportunity to permanently change India’s status in global energy markets. New Delhi estimates that refinery capacity would have to climb from the current 1,900 million BPD to 3,400 million BPD by 2025. With refineries now ready to intake both heavy and light crude blends and commercial marketing networks accustomed to setting crude suppliers against each other in bidding wars, India is broadening its import list. The Ministry of Petroleum and Natural Gas crowed that “for energy security and to fulfill its objective of providing energy justice to each of its citizens, Indian energy companies buy from all major oil producers in the world.” Today forty-two countries export oil to India, up from twenty-six in 2006. India is entering new territory as an energy consumer and could even emerge as a regional exporter of refined fuels.

India’s stance on Russia’s sanctions has been guided more by refinery politics than geopolitics. If successful, however, India’s attempt to reinvent its energy position could have dramatic geopolitical ramifications. India and China are increasingly rivals for the global energy supply. New Delhi has been in a weaker position, with less military might and nothing comparable to the Belt and Road Initiative as a means to assert its commercial power. But reconfiguring its domestic energy structure, upgrading its refining capacity, and expanding its supplies could make India into a formidable competitor in the next round of the global energy race.

Gopi Krishna Bhamidipati is pursuing a Ph.D. in India and West Asia affairs, particularly India's relations with Israel, Iran, and the GCC countries. Prior to this, he was a journalist in the UAE for over 10 years focusing on economic and political issues in the Middle East, India, and Pakistan.