How Will the New Cold War With Russia End? 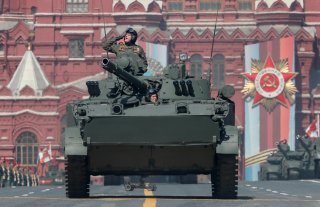 THE WAR in Ukraine has changed American emotions and attitudes toward Russia more than it has changed Russian threats to American interests. The largest land war in Europe since World War II does, of course, have material and not just attitudinal effects, and the short term presents dangers of escalation into a wider war. But the West’s relations with Vladimir Putin’s regime were already problematic before the war, including worries about the Baltic states’ vulnerability to Russia. The Russian military’s operations in Ukraine do not increase its ability to operate against the West, and its performance has instead demonstrated it to be less of a threat than many had supposed it to be.

The United States needs to guard against the punishment and isolation of Russia becoming mere expressions of outrage over Putin’s brutal war of aggression. The outrage is justifiable, but justified rage is not the same as effective policy. U.S. policy needs to take account of continuing realities about Russia, including insecurities that were not just created by Putin, an authoritarian culture that made a Putin possible in the first place, and Russia’s position as a major power with one of the two biggest nuclear arsenals in the world.

Discourse about U.S. grand strategy increasingly has revolved around the theme of great power competition. That is preferable to the earlier theme of a “Global War on Terror,” which has underlain actions with deleterious consequences outweighing the threat such actions supposedly were designed to meet. To the extent the war in Ukraine focuses attention further on U.S. relations with other great powers, that is good, too, as long as “competition” is not defined too narrowly in shaping relationships.

The United States should manage its relations with other major powers with a realist approach that does not deal in absolutes and is not based on outrage. Such an approach does not draw ineradicable lines between good guys and bad. It is open to conducting business with everyone on everything. It uses diplomacy and all other tools of statecraft, cooperation as well as confrontation, carrots as well as sticks, in whatever combination is best able to elicit desired behaviors from other powers.

In a multipolar world, a realist statesman juggles relations at all azimuths to put his country in the best possible position to advance its interests. The diplomatic maestro Otto von Bismarck did so in the late nineteenth century with a network of agreements that made other states more dependent on Germany than Germany was on anyone else. Some of the same principles underlay the triangular diplomacy of Richard Nixon and Henry Kissinger in the early 1970s, with the United States exploiting better relations with both China and the Soviet Union than those two powers had with each other.

Today, the United States is in the opposite situation regarding China and Russia; its relationship with each is worse than the relationship between Moscow and Beijing. An objective for the United States should be to reverse that situation. Some of the ingredients for doing so are obviously beyond U.S. control, especially bilateral factors shaping Sino-Russian relations. But it also is obvious that no change in the situation is possible insofar as punishments of either Russia or China become permanent.

The internal politics of the other major powers are also largely beyond U.S. control. The mostly poor results from past U.S. efforts at regime change speak to the unwisdom of making that an objective in dealing with Russia or China today. Regimes or their leaders will change because of a country’s own internal politics, however, and the United States needs to position itself to take advantage of that whenever it occurs. Whether or not rumors about Putin’s ill health are true, he will not be around forever. And whether or not a successor would be an overall improvement from the U.S. point of view, leadership that is not as directly associated as Putin is with the Russian misadventure in Ukraine will present an opportunity for altering the U.S.-Russian relationship. That opportunity would be lost to the extent that punishments are permanent.

The United States is not well-positioned to wage a new Cold War with either Russia or China or a combination of the two. It does not have as much of an ideological advantage as it had in the original Cold War. Democracy—however important it is to encourage and nurture worldwide—cannot be the defining issue in such a new global confrontation, as suggested by the reluctance of a major democracy such as India to take the U.S. side in the confrontation with Russia over Ukraine. Most importantly, the United States is no longer a good exemplar, as its own democracy displays major flaws and is in danger of failing altogether.

The Russian invasion of Ukraine has underscored the importance of upholding the principles of nonaggression and respect for territorial sovereignty, but U.S. skirts are far from clean on this dimension too. That is especially true in the Middle East, where not long ago the United States launched its own offensive war and where it has a client state that occupies and has annexed conquered territory.

As with so much else in foreign relations, success comes back to domestic strength, including the soundness of domestic politics. As for dealing with Russia, the war in Ukraine at least has helped to rid America of most (though not all) of the strange Trumpist sycophancy toward Putin. But the dirty skirts and other problems remain.

Paul Pillar retired in 2005 from a twenty-eight-year career in the U.S. intelligence community, in which his last position was National Intelligence Officer for the Near East and South Asia. Professor Pillar also served in the National Intelligence Council as one of the original members of its Analytic Group. He is a contributing editor for this publication.