Intelligence Agencies Should Not Be Propaganda Organs 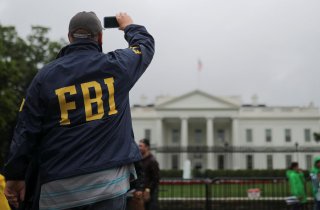 Nine of the eleven four-star combatant commanders sent a memo to the director of national intelligence last year appealing for more declassified material to use publicly in information warfare against Russia and China, according to Politico. The memo itself has not been made public, but according to Politico’s description and selected quotes, the generals and admirals were asking for “ammunition in the ongoing war of narratives” to combat “pernicious conduct.”

Several aspects of what is addressed in the Politico report reflect proper activity for U.S. intelligence agencies. One is that information warfare by other powers ought to be an important intelligence target. Indeed, U.S. agencies should devote collection and analytical resources to what not just Russia and China but also other foreign states are doing on this front and to assess the motives of foreign governments and the truth or falsity of what they are saying.

Appeals by intelligence consumers for declassification of more intelligence products are also normal. The judgments and principal findings of U.S. intelligence on many subjects can safely be used in the unclassified world without getting into the sorts of details that could compromise intelligence sources and methods. Declassified material has been safely and effectively used in the past to strengthen demarches that U.S. officials have made to foreign governments.

But two aspects of the four-star commanders’ memo, when considered together, are troubling. First, the intended audience for the requested material is not just foreign governments but rather foreign publics. And anything disseminated to a foreign public also is exposed to the U.S. public.

Second, what is requested is not an overall unbiased description or assessment of Russian or Chinese conduct. Instead, the request is for ammunition—for material aimed at demonstrating that the conduct is pernicious and at refuting what those governments might be saying.

In other words, the unclassified intelligence output the generals and admirals want is selective—selected to make a point. Intelligence selected in this way tends to be supportive of some possible policies toward the countries concerned and less supportive of other policy options. And selectively disseminating its product to the public in this manner is not a proper function for U.S. intelligence agencies.

In this case, the material selected to demonstrate perniciousness would probably tend to support more hardline and confrontational policies toward Moscow and Beijing. Material that is not selected because it instead points to justifiable explanations for Russian or Chinese behavior or suggests opportunities for cooperation would tend to support different policies.

One might argue that the intelligence agencies are necessarily in the business of focusing on what is pernicious or threatening. After all, the most significant annual product of the intelligence community, which includes an unclassified version, is a worldwide “threat assessment.” But the very labeling of such a document as such makes clear its scope and purpose; it is not presented as the last word on everything that the public ought to know about country X or country Y. The global geographic scope of the assessment means it is not singling out any particular foreign countries as targets of information warfare.

Moreover, the worldwide threat assessment reflects the judgments of the intelligence agencies as to what warrants being called a threat. It is not designed, and the material in it is not selected, to generate public support for any particular policy or operational mission.

In this respect, the military commands are quite different from intelligence agencies. The military’s mission is about executing policies that are inherently about confrontation more than cooperation. The intelligence community’s mission is instead about providing the most objective and accurate possible information as an input to the making of policy.

Selective public release of intelligence has a troubling history in the United States. Among the most troubling—one could say pernicious—instances of this in recent times was the George W. Bush administration’s highly selective cherry-picking of intelligence to help build public support for launching an offensive war in Iraq. And today, the intelligence agencies and the country are still recovering from the Trump administration’s blatant attempts to politicize intelligence—on matters that, like the military commanders’ memo, involve Russia and China. That which the memo asks for impedes the recovery process and undermines the main reason the nation has intelligence agencies.