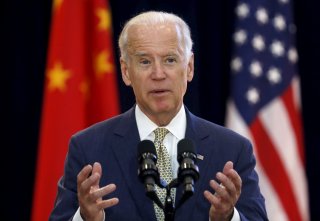 Hundreds of billions of development money is being wasted on renewables, instead of fossil fuels, or nuclear-generated electricity for the developing world. Even countries like the UK are saying they will ban all fossil fuel/internal combustion vehicles before giving any specific plans for how that will take place? The UK and Joe Biden don’t have an explanation for how to replace the over six thousand products that come from a barrel of crude oil. Products that are saving American and global lives ravaged by the coronavirus—“Big Oil to the Rescue!” exclaimed the Wall Street Journal.

Joe Biden is an uninformed politician who doesn’t understand if the United States or anywhere globally has an electrical grid that can handle fluctuating spikes when the sun doesn’t shine, or the wind doesn’t blow? The grid can’t; or if the grid can handle tens of millions of electric vehicles charging at the same time? Under current technological, and future scenarios that type of grid has not even come close to being invented yet.

The math is the most interesting part of the British, American (Biden plan), and any other country considering going all-electric based on renewables. Electrical requirements for a typical gasoline-filling station, an all-electric station “would have to have thirty megawatts of capacity, equivalent to the electricity use of twenty thousand homes.” This new all-electric station would then need “six hundred of those 50kW (kilowatt) chargers for a station to service two thousand cars in a twelve-hour time frame.”

This estimate “would require a (approximately) $24-million investment just for the cheapest rechargers.” If the station is busier it could need enough electricity to power over seventy-five thousand homes—“and that’s another (approximately) $30 million. For wind turbines, ten are needed, each costing roughly $4 million.” Those ten windmills/turbines are only for one charger/former gasoline pump.

“British wind farms have received constraint payments to reduce their output because of electricity grid congestion. A total of 649 million British Sterling Pounds have been paid out since 2010 for discarding 8.7 TWh of electricity. To put this into context, this quantity of energy would be sufficient to provide 90% of all Scottish households with electricity for a year,” according to the Renewable Energy Foundation.

All this electrical usage and charging or discarding of unused renewable electricity would likely take place during peak-usage, daylight hours, and unless mandated by law to only charge at night. The United States under a Biden administration, similar to the British, would move towards an unsustainable, and national security risk by eliminating fossil fuels, and killing people who need electricity and global security the West provides.

Congruently, Russian energy conglomerate, Gazprom, has said, “they will move forward without foreign companies in order to complete The Nord Stream 2 pipeline,” defying U.S. sanctions against the Kremlin. The main client(s) for Russian natural gas will be Germany, and Western Europe whose main mode of protection against Russian influence, or invasion is U.S.-led NATO. Europe is aiding Russia through purchasing billions in natural gas from Russian pipelines when the Kremlin uses those funds to continue the weaponization of energy that is oppressing millions in Syria, Russia, Ukraine, Central Asia, and the Middle East.

This geopolitical and western push-and-pull against fossil fuels and nuclear (the Joe Biden camp) versus China, India, Africa, Russia, and other countries not under the western, security-alliance umbrella (NATO, ASEAN) is real and growing daily. Caught in the middle are 2 billion people without electricity. An energy and political conundrum unfolds—one that excludes fossil fuels and nuclear—to the detriment of our planet. This will cost trillions in unreliable and unproven renewable technologies.

Either continue investing in, and building fossil fuel-fired power plants, and nuclear-generated electricity that fulfills base-load generation capacity or build and invest in overly expensive wind and solar farms. From Texas to Germany and as far away as Australia, where renewables have been deployed under plans advocated by men such as Joe Biden, electricity prices can spike over 40,000 percent. That’s correct, a 40,000 percent price spike. Base-load requirements are only met at this time by fossil fuels and nuclear under current energy and electricity technological constraints.

Why should anyone care? Because six hundred million Africans currently do not have electricity. It is one of the biggest problems the world has right now. The African problem is highlighted by religious persecution and the slaughter of Christians taking place at the hands of Islamic militants in Nigeria. If the entire African continent, and particularly Nigeria, had reliable electricity this problem doesn’t have room to fester, and mushroom into brutal slayings of religious minorities.

Carbon crimes are also taking place in China. Beijing under the Chinese Communist Party leadership using official state policy has rounded up—in a modern-day holocaust—over one million Uighur Muslims; herding them into reeducation camps while also violating “every canon of international commercial law and trade.” Now China is on a hydrocarbon buying spree since the coronavirus crashed oil markets a few months ago. They can’t import oil, natural gas, and coal fast enough for 1.4 billion energy-hungry Chinese citizens. Anywhere energy poverty exists tyranny flourishes. The world needs electricity, abundant fossil fuels, nuclear electricity, and an opportunity to join the modern world, advanced by western interests for over 150 years with the advent of the industrial revolution.