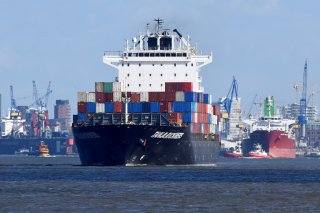 Nowhere is our overreliance on Asia more apparent than in the global computer chip market. Currently, 75 percent of the world’s chip supply is manufactured in Asia, leaving the United States open to fluctuations in the availability of chips due to economic stressors and geopolitical tensions.

For a quick example of what such disruptions might look like, look no further than the market for new cars. The massive disruption in the chip supply chain has led to a severe shortage in new car inventories and a 14 percent decline in new car sales, causing a severe dent in the American economy.

The free market is stepping up to the plate and addressing this threat. Intel announced in March that it plans to spend $20 billion on two new manufacturing plants in Arizona. The market immediately rewarded Intel with a 3.6 percent bump in its stock price. The market will invariably reward other companies that capitalize on domestic solutions to supply chain threats once these are outlined in corporate impact reports.

Economically, the United States maintains a trade deficit with Asia, especially with China. We import far more than we export, as we have for decades. At the same time, corrective actions such as tariffs are creating a drag on the economy. Now, nearly three dozen trade groups are calling on the Biden administration for renewed trade talks with China and the lifting of those tariffs. For some, that may be perceived as “talking up their own books.” Tellingly, among those seeking relief are representatives of the chip manufacturing industry.

For an example of what supply chain disruptions look like in another industry, take the recent disruption in the U.S. health care supply chain. The majority of Personal Protective Equipment (PPE) is manufactured in China due to cost-cutting measures by American manufacturers. The unfortunate side effect was a dramatic shortage of N95 masks and other PPE during the initial surge of the COVID-19 pandemic when America needed it most. We simply were not able to manufacture enough locally to meet our demand.

As far as those container ships full of garbage traveling to the East go, the growing danger is electronic waste, which, if not disposed of properly, allows bad actors to mine electronics for sensitive data. There is a growing trend in organized crime of utilizing child laborers for such data scavenging, and it puts individuals and institutions at risk of identity theft and loss of data. There is also the risk of counterfeit components coming back to the United States in sensitive electronics. As we rely more and more on certain countries in Asia to take our garbage and recyclables, we open ourselves to the risk of literally shipping our secrets overseas to be mined by criminal elements.

For still further evidence of our overreliance on Asia, look at where many technology companies place their data centers. The market for data in Southeast Asia is currently growing at close to 10 percent per year, and it will soon eclipse the market in the United States. One company, Zoom, has already admitted that data from its American users was being routed through Asia and pledged to stop the process. How many other companies will soon find their own data at risk due to geopolitical pressures?

Fortunately, for every problem, a solution looms. In this case, yet again, it rests in the free market adapting to current circumstances and developing a solution.

BlackRock’s Larry Fink has called for a universal reporting standard to address sustainability initiatives under a standard reporting framework. We should take this a step further and call for national security and supply chain risk disclosure, which is essential to understanding a company’s commitment to protecting the national interests of the United States.

The end result? Strength in our manufacturing, strength in our economy, and strength in our commitment to the American worker. Unleash again the power of the free market, enhance corporate transparency through expanded corporate impact reporting, and signal the resurgence of American economic empowerment.

Nate Morris is the Chairman & CEO of Rubicon, the category creator of digital waste and recycling, and a member of Business Leaders for National Security (BENS). He is a Senior Advisor at the Scowcroft Center for Strategy & Security (Atlantic Council).