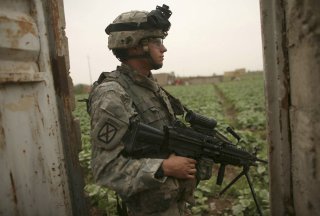 President Recep Tayyip Erdogan’s full-throated support of Azerbaijan’s aggression in Nagorno-Karabakh is but the latest in a long list of troubling Turkish transgressions against international peace and security in the strategically vital regions of the Caucuses, Levant, Eastern Mediterranean and North Africa. Taken together, Erdogan’s dangerous adventurism constitutes a serious threat to U.S. interests to which we must respond.

In the disputed territory of Nagorno-Karabakh, Turkey is the driving force behind the Azerbaijani offensive that broke the cold peace with Armenia. Turkish weaponry, diplomacy and foreign mercenaries recruited by Ankara have re-ignited a frozen conflict that, for all its fragility, had been quiescent.

Turkey has asserted its sovereignty in the eastern Mediterranean by sending oil drilling vessels with armed naval escorts into waters claimed by Greece and Cyprus. Greece and France responded with a military show of force of their own, and Turkey backed off—for now.

Since 2016, Turkey has sent its forces into northern Syria three times and currently maintains a robust military presence there. The costs of these incursions have been high. As reported by the Middle East Institute,  “ISIS prisoners have been let loose, hundreds of thousands of civilians have been displaced, and a once relatively stable northeastern Syria has been thrown into a potentially intractable pit of ethnic, sectarian, and political conflict.” The United Nations Human Rights Council has documented evidence implicating Turkey and its Syrian proxies in “war crimes of hostage-taking, cruel treatment, torture and rape.”

Turkish intervention has contributed to an escalation of violence in the Libyan tinderbox.  Only a concerted effort by the UN, the United States and Egypt prevented Turkish forces and their Libyan government allies from moving on Sirte, which would have radically expanded the scope and lethality of the civil war.

Although Turkey and its apologists contend that it is a valuable U.S. ally, its rhetoric and serial provocations belie this claim. Ankara’s acquisition and deployment of the state-of-the-art S-400 air defense system from Russia constitute a sword of Damocles hanging over the NATO alliance, of which Turkey is a member. Also, thanks to Turkey’s dismembering of U.S.-backed Kurdish militias in Syria, ISIS has a new lease on life. Additionally, Erdogan’s backing of hardline Palestinian terrorists makes a mockery of international efforts to promote Arab-Israeli peace.

Turkey’s leaders and their media mouthpieces routinely denounce America as “the primary threat for Turkey.” Erdogan’s bombastic and populist rhetoric has driven anti-American sentiment in Turkey to all-time lows, with polls showing that only 13 percent of respondents hold a positive view of the United States.

The fact of the matter is that for reasons of ideology and politics, Erdogan will continue to act in ways that are damaging to U.S. interests. His marriage of nationalistic neo-Ottoman revisionism and extremist political Islam fuels destabilizing conflict that emboldens America’s enemies and gravely troubles our friends. As Michael Rubin of the American Enterprise Institute wrote recently: “Turkey has essentially become like Iraq in early 1990: Erdogan, like Saddam, sees his economy collapsing and recognizes that he will not be able to deflect blame from his own mismanagement and choices. Like Saddam, he sees neighbors possessing valuable resources and believes the international community to be paper tigers.”

In one respect, Erdogan is not wrong: American fecklessness has only served to reinforce his autocratic tendencies and to encourage his destabilizing regional adventurism. The Trump administration’s abdication of America’s traditional role as a regional power has created a diplomatic and security vacuum that Ankara is only too eager to exploit. We have allowed the cat to enjoy free rein in the hen house.  Russia, Iran, ISIS and the Muslim Brotherhood are the beneficiaries. Innocent civilians in Nagorno-Karabakh, Libya and Syria are the casualties.

A growing chorus of U.S. policymakers are determined to redress this sad state of affairs. Rep. Eliot Engel (D-N.Y.), the chairman of the House Foreign Affairs Committee, has noted that in the Nagorno-Karabakh conflict “the United States should not tolerate Turkey disrupting the peace process and exacerbating a conflict already careening toward drastic escalation.” Sen, Robert Menendez (D-N.J.), ranking member of the Senate Foreign Relations Committee, strongly condemned Azerbaijan’s attack on Nagorno Karabakh, calling it “yet another act of aggression supported by Turkey” and urging suspension of security assistance to Azerbaijan.

Both the House and the Senate have called on the Trump administration to sanction Turkey over its deployment of the S-400’s—a move the White House has until now been reluctant to take. Bipartisan pressure is growing, however, in light of reports that Turkey used its Russian-made air-defense system to target the U.S.-made F-16 jets of NATO ally Greece.

America’s repeated failure to deter Turkey is wreaking havoc on an explosive and strategically vital part of the world, with dire consequences for our interests and those of our allies.  The Nagorno-Karabakh conflict is but the most recent evidence that it’s long past time to get tough on Turkey.