The Next Coronavirus Challenge: Balancing Safety and Quality of Life 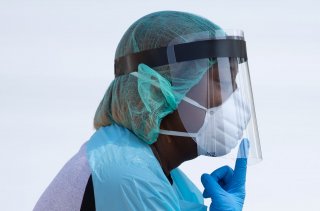 “Neanderthal thinking” is spreading. But it’s not spreading evenly, and that can be a problem.

Texas and Mississippi stood alone earlier this month when President Joe Biden famously accused their governors of caveman-like ignorance for dropping their mask mandates and other state and local emergency coronavirus orders,  But, they have plenty of company.

Currently, seventeen  states have no statewide mask mandate. But not every jurisdiction in those states is on board.

Local officials do not always agree with state decisions, and they too can exercise some degree of control over the lives of our citizens. Indeed, local officials working in public health, education and other fields often play a decisive role on the ground.

In many states, the big issue is whether or not to fully reopen schools and businesses.

In the Lone Star state, for instance, the Texas Education Agency  revised its guidelines to reflect the improved coronavirus situation and the end to the state emergency order. The agency stopped short, however, of releasing school district leadership from the steely grip of unelected local public health officials. As a result, some school districts have made masks optional, while others are continuing school mask mandates.

Liability concerns have left some school districts and businesses wary of easing mask and social-distancing requirements—even after they’ve been dropped by state and local authorities. But that may change as states enact legislation to protect businesses and other entities from civil liability if they have acted in good faith.

Some school boards are taking their cues from parents and teachers.

The Magnolia Independent School District , for example, asked teachers if they favored ending mask mandates once they had an opportunity to be vaccinated. Seventy percent voted in favor of ending the mandate. Texas prioritized vaccinations for teachers, and the Magnolia ISD listened to its teachers. Its mask requirement will end on April 1.

Other districts in Texas have also listened to parents and teachers and have made mask-wearing optional—a personal health choice. Indeed, Peaster ISD never followed local public health guidance—no mask requirements, no quarantine, no social distancing. With only ten reported cases of the coronavirus in the district since last fall, the board felt it unnecessary. Most of its students are now thriving academically as well as physically, having made up the learning gap that developed during last spring’s shutdown.

Local control is a good thing, especially if those who make the decisions are held directly accountable through periodic elections. The problem occurs when people and businesses are subject to decisions that appear arbitrary or without scientific justification. And when state and local public health officials reach conflicting decisions, the resulting confusion can produce a public health mess.

Witness the current Texas showdown between state and local authorities. Texas Attorney General Ken Paxton is suing the city of Austin because city officials have refused to follow Republican Gov. Greg Abbott’s executive order ending mask mandates and fully opening businesses. Paxton argues that the governor’s order supersedes Austin’s local rules and regulations. While the state’s request for a temporary injunction was denied, another hearing is scheduled for March 26.

Washington can be embroiled in inter-governmental legal conflicts as well. For example, the Centers for Disease Control and Prevention (CDC) issued a directive banning evictions during the public health emergency. But a federal judge recently ruled that the CDC had no legal authority to ban evictions.

The ruling indicates that public health authorities do indeed have limitations, even in a health emergency. It would not be surprising if state and local plaintiffs seek legal remedy from excessive restrictions or mandates in court, particularly as the number of coronavirus cases and hospitalizations continues to decline.

This begs a larger question. Public health officials have a duty to take the measures necessary to protect public health. Those measures should be based on a sober assessment of the facts on the ground, scientific data, and the best epidemiological evidence.

Good public policy, however, is not a matter of avoiding undeniable evils at all costs. It must balance competing goods. Preservation of public health and public order must be balanced with a respect for the rights and liberty of the citizens. Arguably, public health officials have not sufficiently met their own profession’s criteria—effectiveness, proportionality, necessity, least infringement, and public justification—to justify the intrusive public health dictates currently in place.

Medical ethics includes the principle of autonomy; in other words, individuals must exercise responsibility for their own health. It is time to remind public health officials about this ethical obligation—especially now, as hospitalizations and deaths continue to recede and more of the public is vaccinated. We are not helpless wards of the state.

Just as Americans must not ignore the lives lost to the virus and the struggles and sacrifices their health-care workers are making, so, too, must they not ignore the quality of American life. As America emerges from the dark shadow of the coronavirus, wise and courageous governors and other public officials need to take the necessary steps to restore Americans’ personal liberty and pave the way for their return to a normal social and economic life.

Amy Anderson, DNP, RN, FAAN, is a visiting fellow at The Heritage Foundation and a professor at the Harris College of Nursing and Health Sciences and the School of Medicine at Texas Christian University.