No Pivot: The U.S. Can’t Take on China Without Europe 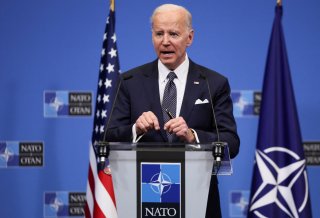 NATO’s 2022 Strategic Concept, which reaffirms NATO’s principles and guiding purpose, picks up where Stoltenberg left off by pointing to less visible trends seeping into Europe’s fabric. It does not shy away from discussing the subversive Chinese activities happening within NATO’s own borders, referring to “coercive tactics and efforts to divide the Alliance.”

If Beijing continues to extend its influence in European countries, it will ensnare them in a system of dependence reminiscent of Russia’s grip over oil and gas. Not only would this limit efforts to decouple from China’s unbalanced trade partnerships, but it would also disincentivize retaliatory action in the event of a Chinese invasion of Taiwan.

Instead of viewing the pivot to Asia as a turn away from Eastern Europe, Eastern governments should split their attention between both regions. Beijing’s activities are not limited to the South China Sea, and the United States will need all the help it can get from democracies across the globe to adequately prepare for Taiwan’s defense. The rapid imposition of sanctions that eventually forced the Kremlin to default on its foreign debt for the first time in over a century was only possible due to the collective outrage that united European countries following Russia’s invasion of Ukraine. Beijing has certainly taken note of Europe’s financial power when left unimpeded, which will encourage the CCP to surreptitiously drag certain countries away from their multinational alliances.

Without a formal commitment to defend Taiwan, Europe has no obligation to come to Taiwan’s aid. It may find itself with no choice, however.

NBC News’ Washington bureau and the Center for a New American Security (CNAS) assembled a team of former Pentagon officials and China experts to conduct a war game of a Chinese invasion of Taiwan. They explored scenarios where China bombs U.S. territories, military bases, and even the continent with conventional or nuclear weapons. These possibilities are not far-fetched. A combination of NATO’s increased attention to China, American Congressional delegations visiting Taiwan, and Biden’s repeated assurances that the United States will defend its Pacific ally militarily could convince Beijing that Washington will come to Taipei’s defense. As a result, the People’s Liberation Army (PLA) could launch a first strike on American territory, even if the United States intended to withhold military support.

Thus, it is possible that Washington will become embroiled in a war with China over its democratic partner. NATO’s Article V would be triggered, roping European countries into the conflict. The United States would draw from its Asian allies, including those in the Quadrilateral Security Dialogue, to reinforce its military campaign. Europe, on the other hand, could act as a financial weapon against the PLA. The more Beijing becomes comfortably entrenched in European markets, the more devastating unified retaliation would be for the Chinese economy. However, this is only true up to a certain point. If a European country inadvertently or purposefully begins to rely excessively on China, the blowback of cutting ties with its Asian partner would be too severe to handle.

In 2020, trade between the European Union (EU) and China totaled $709 billion, exceeding the imports and exports flowing between the EU and the United States for the first time in its history. The following year, about $223 billion worth of goods were sent from the EU to Beijing, while Chinese imports rose to $492 billion, surpassing 2020 levels despite the supply chain disruptions precipitated by the pandemic. Indeed, the global health crisis did little to stop the increasing interdependence between the two parties.

China knows this, and it will need every last yuan in its reserves to finance its Belt and Road Initiative (BRI), continue to expand its sovereign wealth funds, and funnel money toward its nuclear silo construction, hypersonics, and deceptive forms of military engagement. NATO members capable of resisting China’s global reach will opt for the passivity that marked many countries’ responses to Russia’s invasion of Ukraine if Beijing succeeds in swaying them with tantalizing investments mirroring projects in the Southern Hemisphere.

Hungary and Greece, two NATO members, are cause for particular concern. The former should come as no surprise. Hungarian prime minister Viktor Orbán is skeptical of the EU because its mission of an unconstrained civil society does not align with his vision of banishing what he deems to be unreasonably progressive organizations. However, his principal motivation for turning toward China is financial. Orbán certainly knows that his populace is not ecstatic about strengthening ties with Beijing—close to half of Hungarians held an unfavorable or very negative view of China at the end of 2020. 31 percent of surveyed citizens had a worsened opinion of the country, compared to 14 percent whose views improved.

Orbán fears that a recession similar to the 2008 crisis will strike his country if he does not diversify Hungary’s holdings abroad. With policies that stand apart from his European neighbors, Orbán has no difficulty breaking loose from a democratic trading circle. In 2010, shortly after global financial markets crumbled, the Hungarian government launched an “opening to the East” initiative, predicting that the world economy would ineluctably shift toward Eastern dominance. Chinese automotive companies, electronics factories, and battery plants have embraced Hungary’s openness to doing business with whatever regime is on the other end.

Although analysts point out that Hungarian and Chinese officials inflated the investments received by the former country and that Germany still overwhelmingly dominates China as Hungary’s main supplier, what matters most is the intention. Orbán is eager to ameliorate his country’s relationship with Beijing and shows no sign of reversing course. The crisis in Ukraine has shown how much he can leverage his distance from his European neighbors. In exchange for the reluctant acceptance of an EU sanction, Orbán can secure special guarantees such as an exemption on pipeline deliveries from Russia. Why would Orbán make an effort to halt China’s ambitions in Taiwan, Latin America, or Africa if he is prepared to cooperate with the CCP?

As a landlocked country, Hungary has not contributed to another preoccupying trend that underscores the extent to which China aims to curb European action: a series of port investments. Italy, France, Spain, Belgium, Greece, and the Netherlands have all transferred the ownership of crucial ports to Chinese state-owned companies. For a country such as Greece, whose trade depends primarily on its advantageous geographical positioning along the Mediterranean Sea, this is especially worrying.

The Port of Piraeus, which connects to North Africa, Southern Europe, and the Near East, was one of Greece’s greatest assets before it fell under the control of Chinese investors in 2016. This has granted Beijing uncontested access to a variety of key markets while jeopardizing the EU’s decision-making processes. Indeed, in 2017, Greece managed to block the EU from issuing a statement regarding Beijing’s human rights violations. With Chinese investors monitoring the flow of goods entering and exiting the Greek mainland, it would be impossible for Athens to join its European partners in resoundingly condemning Beijing. The significance of this rapprochement cannot be understated, for Greece is a part of NATO. While the organization’s 2022 Strategic Concept succeeded in defining the Chinese challenge, one can doubt whether Greece will take any tangible steps to free itself from Beijing’s grasp.

In addition, if China follows through with its claims of Taiwanese reunification, the battle will be mostly amphibious, with experts predicting that the PLA could expeditiously establish a naval blockade in the Taiwan Strait. Considering that European countries have some of the largest navies on the planet, China’s port investments will also help the PLA enfeeble Europe’s military response. A Chinese naval fleet visited Greece’s Piraeus port one year after its acquisition to express the “common goal of rejuvenation” uniting both countries. Although the PLA has not gone this far in Western European countries and will likely be dissuaded from doing so after the Madrid Summit, it is only a matter of time before it feels confident enough. Its uncontested past investments will undoubtedly be a source of encouragement.

For Beijing to make use of its ports, it needs its Silk Road to run through the European continent. To that end, Chinese investors bought enormous swaths of arable French land in 2016, strengthening China’s food security while limiting the production of Europe’s largest organic farmland owner. In 2019, Italy formally joined China’s BRI, though its participation has dwindled since the outbreak of the pandemic and the revelations of human rights violations Chinese investments in Spain in 2020 shot up by an incredible 362 percent compared to the previous year.

Thus, Western Europe is not exempt from Beijing’s outward shift. Countries in Central and Eastern Europe, like Hungary and Greece, are particularly vulnerable. Practically every EU and NATO member, including the United States, has been the subject of Chinese commercial interests. The pandemic has been the only respite from such a consistent trend. With businesses hesitant to complete sizable transactions and incapable of traveling to European countries, China’s foreign direct investment (FDI) has gradually decreased in recent years.