One War Too Many: Will Putin Follow Brezhnev and Nicholas I to Ruin? 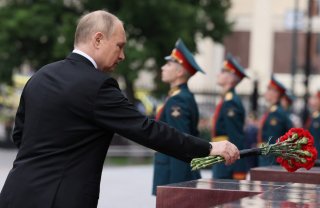 It is not yet clear how the ongoing Russo-Ukrainian War will end. What is clear, though, is that Vladimir Putin’s February 2022 intervention did not achieve the quick, low-cost victory that many (including Putin himself) appear to have anticipated. After the failure of his initial attempt to take over most (if not all) of Ukraine and bring about the downfall of the Zelenskyy government, Russia has concentrated its efforts on expanding its control over eastern and southeastern Ukraine. Though Russian forces are reportedly making slow but steady progress, Ukrainian forces—with weaponry provided by the United States and several other Western governments—are putting up fierce resistance against them. It is not at all certain that Russia will be able to gain or retain much more Ukrainian territory than it has occupied already. On the other hand, Ukraine does not seem capable of retaking all the territory it has lost to Russia (including Crimea and eastern Ukraine in 2014) that President Volodymyr Zelenskyy has declared as his goal. The most likely prognosis for the war, then, is that it will continue—perhaps for months or even years.

But however long the war continues, what is still not clear is how it will end. What is certain is that the current Russo-Ukrainian War has been much less successful for Moscow and much more costly in terms of Russian lives lost than Putin’s previous conflicts. Indeed, before 2022, Putin had been remarkably successful with his previous military interventions in Chechnya from 1999 to 2009, Georgia in 2008, Crimea in 2014, Eastern Ukraine from 2014, and Syria from 2015. Putin’s interventions were either outright victories for Moscow (Chechnya, Georgia, Crimea) or achieved Putin’s main goal (supporting pro-Russian separatist governments in eastern Ukraine, propping up the Assad regime and helping it regain much of the territory it had previously lost in Syria) even though these conflicts did not end completely. Indeed, the success of Putin’s previous interventions may have contributed to his expectation that he would be similarly successful in Ukraine in February 2022.

Putin, though, is not the first Russian leader to oversee several successful wars and then one that was not successful. A similar pattern occurred under Soviet leader Leonid Brezhnev, who was in power from 1964 to 1982. Soviet and Warsaw Pact forces quickly overran Czechoslovakia in 1968. Two years after the American withdrawal from Indochina in 1973, Soviet-backed North Vietnamese forces overran South Vietnam and Laos in 1975. Soviet-backed Cuban forces succeeded in preventing the defeat of the Popular Movement for the Liberation of Angola (MPLA) by its U.S.-, white South African-, and Chinese-backed rivals in late 1975. Similarly, Soviet and Cuban forces helped the new Marxist regime in Ethiopia push back the invasion of the Ogaden region by Moscow’s erstwhile ally, Somalia, in 1977-78. Moscow-backed Vietnamese forces also succeeded in overrunning Cambodia, ousting the murderous pro-Chinese Khmer Rouge regime, and setting up a pro-Hanoi government in Phnom Penh in 1978. The Soviet invasion of Afghanistan that began in December 1979, though, turned into a quagmire for Moscow (as did Angola, Ethiopia, and Cambodia for Moscow’s Marxist allies after their initial successes there).

This pattern occurred even earlier still during the reign of Tsar Nicholas I (1825-55). Under Nicholas I, Russia defeated and seized territory from Persia in 1826-28, fought the Ottoman Empire and helped Greece break away from it in 1828-29, crushed a rebellion in Poland in 1831, helped the Ottoman Empire (in exchange for significant concessions) defeat a serious rebellion emanating from Egypt in 1833, and militarily intervened in the Austrian Empire to defeat nationalist revolution in the latter’s Hungarian domains in 1849. But then Russia became involved in what for it would be the disastrous Crimean War (1853-56) against the Ottoman Empire.

There is no guarantee, of course, that the current war in Ukraine will turn out as badly as the Crimean War did for Tsarist Russia or as the Soviet occupation of Afghanistan did for the USSR. But there is one similarity that the ongoing war in Ukraine shares with these two earlier wars: large-scale external support for the country Russia was at war with. What began with Nicholas I seizing territory from the weak Ottoman Empire turned into war between Russia, on the one hand, and the Ottoman Empire, the United Kingdom, France, and Piedmont (the most powerful Italian kingdom before Italian unification) on the other. Nicholas I could not prevail against this coalition. Similarly, while the Soviet invasion of Afghanistan quickly overran most of that country, the internal opposition against it received massive support from several external powers, including the United States, United Kingdom, Pakistan, Saudi Arabia, Iran, China, and others. Despite rivalries among various Afghan opposition groups and the clashing interests of their external supporters, Moscow was unable to prevail against them.

In Ukraine now, Moscow is not only facing determined opposition from Ukraine, but Ukraine is receiving large quantities of arms from the United States and several European countries. Further, many Western countries have imposed severe economic sanctions on Russia, and many Western countries that had been importing oil and gas from Russia have taken steps to significantly reduce (if not end) their dependence on Russian petroleum. While many non-Western countries are “neutral” with regard to the conflict and some—especially China and India—are buying large quantities of Russian oil at the discounted prices Moscow is forced to sell it at, even their corporations appear to be limiting their economic cooperation with Russia for fear of running afoul of Western sanctions. Besides the support it has received from Belarus (which may be giving it partly under duress), no other country has actually joined Russia in its war on Ukraine. As during the Crimean War and the Soviet occupation of Afghanistan, it will be difficult for Russia to prevail in its current war in Ukraine so long as strong external support for Ukrainian resistance continues.

That the ongoing war in Ukraine shares the common factor of strong external support helping to thwart Russian ambitions as existed in the Crimean War and the Soviet occupation of Afghanistan has positive implications for Ukraine’s ability to thwart Russian ambitions. There is, though, another common factor that these three conflicts share which has more ambivalent implications for Ukraine now. In the Crimean War, the decision to end the conflict was not made by the Russian leader who began it, Nicholas I, but by his successor, Alexander II. Similarly, it was not Brezhnev, the Soviet leader who began the Soviet intervention in Afghanistan, but the third Soviet leader after him, Mikhail Gorbachev, who decided to withdraw Soviet forces from there. What this implies is that no matter how badly the war is going for Russia, it may not be Putin who will pull Russian forces out of Ukraine, but a successor to him.

The Crimean War began in 1853, Nicholas I died in 1855, and Alexander II agreed to end the war on terms unfavorable to Russia in 1856. The Soviet occupation of Afghanistan began in 1979, Brezhnev died in 1982, and Gorbachev oversaw the Soviet withdrawal in 1988-89. Putin has been in power since the turn of the century, and it is not clear how much longer he will be strong enough both politically and physically to remain so. But like Nicholas I and Brezhnev, Putin probably cannot admit—even to himself—that launching a war was a mistake or that he cannot win it. It may take a new leader whose conception of Russia’s interests is very different from Putin’s and who is willing and able to reverse Putin’s policies to do this.

If the war in Ukraine, then, conforms to the patterns set by the Crimean War and the Soviet occupation of Afghanistan, then the following seems likely to occur: 1) Russia will not prevail against continued Western-backed Ukrainian resistance; 2) Putin will continue to prosecute the war no matter what the cost to Russia so long as he remains in power; and 3) Putin’s successor is more likely than Putin to extricate Russia from a war that it cannot win. There is no guarantee, though, that the war in Ukraine will conform to how the Crimean War or the Soviet occupation of Afghanistan unfolded. But just as the Crimean War ended Nicholas I’s string of victories and the occupation of Afghanistan ended Brezhnev’s, the 2022 Russian invasion of Ukraine may have ended Putin’s. Instead of quitting while they were ahead, Putin joins Nicholas I and Brezhnev on fighting one war too many.