Operation Out of Time: America’s Sad History of Fleeing Its Flawed Strategies 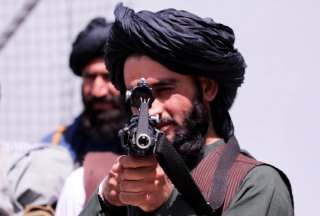 Even before the last C-17 Globemaster had departed from Hamid Karzai International Airport on August 30, people were focused on the hasty, haphazard, U.S. withdrawal from Afghanistan with its equally ungainly departure from Vietnam in April 1975—primarily due to press coverage. Furthermore, critics argue that the United States simply cannot prevail in aiding counterinsurgency operations in distant, faraway places. At first blush, this comparison does appear appropriate. In both cases, the United States had pursued flawed counterinsurgency strategies, backed regimes that lacked popular legitimacy, and failed to win widespread support amongst much of the population composed of poor peasantry.

That said, this juxtaposition has distinct limits. Before the Afghanistan and Vietnam experiences assume the status of a shibboleth it may be worth recalling that the United States had successfully helped prosecute another highly successful counterinsurgency campaign in Southeast Asia, specifically in the Philippines in the early 1950s. The U.S. involvement came at the request of President Elpidio Quirino whose popularly elected government was faced with a violent internal rebellion. The insurgents belonged to a group, the Huks, who had originally fought on behalf of the Filipino peasantry during the Japanese occupation of the country during World War II. However, after the defeat of the Axis powers and the U.S. decision to grant independence to the Philippines in July 1946, the Huks trained their guns on the new government of President Manuel Roxas.

The Hukbalahap or Huk movement, a contraction of the Tagalog term Hukbo ng Bayan laban sa Hapon which translates as People’s Anti-Japanese Army, had its origins in the establishment in March 1942 of an anti-Japanese resistance in the Philippines. It comprised of communist and socialist union leaders who had earlier organized armed uprisings by tenant farmers in central and south Luzón against the American colonial administration during the 1930s. Following the end of World War II, the Huks consolidated their position and sought to engage in electoral politics, backing the leftist Democratic Alliance in opposition to established parties that had collaborated with the Japanese. Despite notable success in central and southern Luzón the new congress elected in April 1946 refused to seat the Democratic Alliance candidates. Frustrated in their attempt to act through the political process, the Huks resorted to military action, confronting the private armies of landlords as well as government forces. The full-scale rebellion was signaled in February 1950 when the movement changed its name to Hukbong Mapagpalaya ng Bayan (People’s Liberation Army) and called for the overthrow of the government in Manila. At their peak, the Huks claimed a following of up to thirty thousand armed insurgents and were able to take temporary charge of the provincial capitals in Central Luzón, giving the impression of imminent revolutionary success.

The early success of the Huk rebellion became a cause for growing concern in Washington and prompted the Truman administration to increase support for Philippine counterinsurgency efforts at the invitation of Quirino. Much effort was made to bolster the effectiveness of the Philippine military. The U.S. Military Advisory Group to the Philippines (JUSMAG), a small advisory group created to oversee a modest military assistant program after World War II, was expanded in terms of both mandate and personnel. Meanwhile, Congress authorized the sale of considerable stocks of surplus military equipment to the Philippines and increased other material support through the Military Defence Assistance Act. Aside from material support, JUSMAG made two other major contributions. First, it assisted in the re-organization of the Philippine army to enhance its operational effectiveness. Second, it embarked on serious efforts to determine the underlying grievances on which the Huk rebels were able to capitalize.

Crucially, the United States, through the CIA and JUSMAG, endorsed the appointment of Ramon Magsaysay as Secretary of National Defence during the height of the Huk rebellion in August 1950. In the context of counterinsurgency operations against the Huk rebels, this proved to be an astute move. A leader with considerable charisma and magnetism and who was well-known in Washington circles for his lobbying work on behalf of Filipino war veterans, Magsaysay moved quickly to root out corruption and incompetence in the security services (he removed the chief of staff and chief of the constabulary in his first day in office) and reformed the military culture, imbuing it with a sense of purpose to spearhead national development and social reforms. Magsaysay was able to revive the morale of a dispirited army with U.S.-backing as well as detaching peasant support from the insurgents through a skillful combination of personal public relations, electoral reforms, and governmental benefaction in the rural areas in the form of land reforms and developmental support, all of which undercut the popularity of the Huk rebels who thrived on peasant alienation by a system designed to perpetuate the wealth of the landed elite. Under Magsaysay, the Huk challenge gradually dissipated beginning with the capture of the entire politburo during raids in Manila in October. By 1954 the Huk rebellion had been crushed and reduced to desultory banditry.

Lessons from Counterinsurgency During the Huk Rebellion

Several lessons can be drawn from the success of U.S. counterinsurgency efforts against the Huks in the Philippines. First, whether it was under presidents Manuel Roxas, Elpidio Quirino, or Ramon Magsaysay, the government in power in Manila was recognized as a legitimate authority by the vast majority of the population. The Philippine Republic was established as an independent state on July 4, 1946, when sovereignty was transferred by the U.S. colonial administration, and quickly took on an American model of democracy with an elected presidential system of government constrained in principle by congressional and judicial checks and balances. Of course, the system was imperfect and has often been criticized for serving primarily the interests of the elite. That said, in stark contrast to the regime that would soon come to power in South Vietnam, it enjoyed widespread acceptance among the population. Second, given the ambivalence of Philippine public opinion towards the United States today, it may perhaps be surprising to hear that in Luzon in the 1950s, sentiment towards the United States was in fact overwhelmingly positive. This owed in no small part to the role that the United States played in the liberation of the Philippines during World War II and the peaceful transfer of power that took place soon after that to usher in Philippine independence. Finally, the choice of a credible local leader proved instrumental. Magsaysay, who went on to become president in 1953 with U.S. assistance, conveyed a charismatic appeal that the urban intellectual leadership of the peasant insurgency could not match.

In effect, there were three critical differences between the Afghanistan, Vietnam and Philippine cases. Unlike in the first two, the United States was not trying to build a state from the ground up. In the Philippines, unlike in Afghanistan and Vietnam, the United States could work with an existing government that had substantial administrative capacity and enjoyed popular support—so much so that state-building was not viewed as an American but a Philippine enterprise. More to the point, in the Philippines, the United States had been a colonial power and consequently had some understanding of its history and political culture. This familiarity with the country’s social and political landscape proved useful in supporting a counterinsurgency strategy. Finally, and perhaps most crucially, both the Roxas, Quirino, and subsequently, the Magsaysay governments enjoyed a degree of popular legitimacy having come to power in largely free and fair elections.

Accordingly, there are key insights that can be gleaned from the tragic American exits from both Afghanistan and Vietnam. Before undertaking another expeditionary counterinsurgency operation, the United States needs to ensure that it enjoys a degree of cultural literacy about the country and that it refrain from propping up a regime that does not enjoy substantial, if not widespread, popular support and that it possesses even a modicum of administrative capacity.  In both Afghanistan and Vietnam, unlike in the Philippines, all these three critical elements were sorely lacking. In their absence, the failure of the heroic and costly efforts was all but the chronicle of a failure foretold.

Joseph Chinyong Liow, is the Tan Kah Kee Chair in Comparative and International Politics, at Nanyang Technological University. Sumit Ganguly is a professor of political science at Indiana University and currently holds that University's Rabindranath Tagore Chair in Indian Cultures and Civilizations, focusing on comparative politics in South Asia.