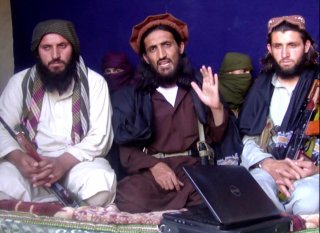 Next month, the Afghan government and Taliban will convene in Istanbul to try to hash out a deal to bring peace to Afghanistan. The key issue will be the shape of Afghanistan’s government: Will it remain an Islamic Republic with an elected president as it has been for two decades, or will it be an Islamic Emirate with an appointed religious leadership as the Taliban demand?  Ultimately, that question has its roots in neither the Taliban insurgency that began after the post–9/11 NATO intervention nor in the 1994 emergence of the Taliban itself, but rather further east in Bangladesh (or East Pakistan as it was called at the time).

Fifty years ago today, shortly after midnight, Sheikh Mujibur Rahman, a founder of the Awami League in East Pakistan, declared Bangladeshi independence. “From today Bangladesh is independent. I call upon the people of Bangladesh wherever you might be and with whatever you have, to resist the army of occupation to the last. Your fight must go on until the last soldier of the Pakistan occupation army is expelled from the soil of Bangladesh and final victory is achieved,” he declared just minutes before the Pakistani military closed in to arrest him.

Hours before, the Pakistani Army had launched “Operation Searchlight,” unleashing death squads in East Pakistan to end that province’s challenges to West Pakistani supremacy. Pakistani President Yahya Khan explained the logic: “Kill three million of them and the rest will eat out of our hands.” Bangladeshis did resist, but the casualties were immense. In the course of a single year, between three hundred thousand and three million Bengalis lost their lives. If only one million died, then that would still represent more than twice the death toll of the Syrian civil war, only concentrated in a single year rather than spread over a decade.

Ultimately, however, their sacrifice—and Indian assistance—helped the Bangladeshis succeed. With a stroke of a pen, on Dec. 16, 1971, Pakistani Lt.-Gen. Amir Abdullah Khan Niazi, martial law administrator of East Pakistan, surrendered to Lt.-Gen. Jagjit Singh Aurora, the joint commander of Indian and Bangladeshi Forces, and Pakistan affirmed Bangladesh’s independence. Upon his release from a Pakistani prison, Rahman became Bangladesh’s inaugural president and subsequently its prime minister.

For Pakistan, the loss of Bangladesh was a disaster. Muhammad Ali Jinnah, the long-time leader of the All-India Muslim League and the founding father of Pakistan, viewed the new country as a land for Muslims, a state based on religion rather than ethnicity. The secession of East Pakistan due to an escalating series of essentially ethnic grievances, however, was an attack on Pakistan’s core identity. After all, prior to Bangladesh’s independence, the Bengalis were just one of the prominent ethnic communities in Pakistan seeking to prioritize ethnic identity above a Pakistani national identity: the Baluchis, for example, resented their forced inclusion into Pakistan at the time of India’s partition. Many Pashtun, too, waged a low-level insurgency to join with their brethren in Afghanistan in a “Greater Pashtunistan,” one in which they would be a supermajority rather than a minority among other ethnic groups as they were in Pakistan.

While Pakistani leaders might once have looked at ethnic movements as irritants, with the loss of Bangladesh—half of Pakistan by population—they saw them as an existential threat. To immunize Pakistan against further losses, both Pakistani political leaders and the Pakistani military began to encourage if not sponsor radical Islamist movements. The logic was simple: The more religious an individual, the more likely they would subordinate their ethnic identity to Islam. Therefore, Islamism could be the glue to hold Pakistan together. When Pakistan lost Bangladesh in 1971, there were nine hundred religious seminaries in the rump Pakistani state. By the end of Zia ul Haq’s presidency in 1988, these had officially increased almost ten-fold, a number that did not include more than twenty-five thousand unregistered religious schools.

When the Soviets invaded Afghanistan, the wounds from the loss of Bangladesh were still fresh, but the Pakistani leadership saw an opportunity: The United States wanted to roll back Soviet aggression, but they could not do it alone. Afghanistan was landlocked. Iran was holding American diplomats hostage. That left Pakistan as the only aid route to the Afghan resistance. Pakistani leaders struck a devil’s bargain: the United States would provide weaponry and the Saudis cash, but Pakistani agents would distribute them. Pakistan systematically supplied the so-called “Peshawar Seven,” a collection of Islamist Afghan politicians, and starved into oblivion the more moderate, cosmopolitan groups of resources. Some of these mujahidin figures like Gulbuddin Hekmatyar would subsequently work with the Taliban (as well as a younger Recep Tayyip Erdogan, today’s Turkey’s president). Others would become key figures in the Northern Alliance and Afghanistan’s post-2002 government. Pakistan’s Inter-Services Intelligence (ISI) agency hoped that each, however, would focus far more on religious solidarity than on ethnic irredentism.

After the Soviet withdrawal and absent an effective American pressure from largely disinterested George W. Bush and Bill Clinton administrations, the ISI began supporting Hekmatyar—the most Islamist—in earnest. The problem with Hekmatyar, however, was that he was (and is) a sociopath. He might have engendered fear among the Afghan populace, but he did not win respect. When the Taliban erupted onto the scene, initially as an indigenous vigilante movement protecting locals against the excesses of warlords like Hekmatyar, and demonstrated that they had staying power and could consolidate power.

The Biden administration may seek to end America’s longest war but, for Pakistan, the goal is different. To Islamabad and the ISI, a stable Afghanistan governed by a nationalist administration would pose an existential threat to Pakistan. An Islamist Afghanistan suzerain to Pakistan is the ISI’s ideal solution but, failing that, an insurgency-ridden perpetually destabilized Afghanistan will do.

Pakistan is a country with a crisis of confidence in its own legitimacy. More than the Taliban, it is Pakistan’s national psychosis that undercuts any opportunity for Afghan peace. There are no shortcuts. Until the United States and the international community address that problem directly, no peace conference can succeed. Historical amnesia may be a characteristic of the United States but in South Asia, facts matter.