A Proposal to End the Russo-Ukrainian War 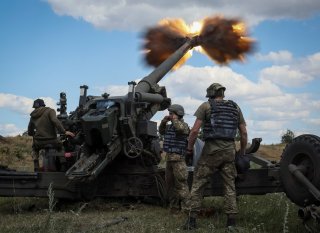 With Russian forces performing so poorly in Ukraine, it is not surprising that Russian foreign minister Sergei Lavrov recently spoke about how Moscow is “ready” to negotiate an end to the war. Lavrov indicated that Russia has two conditions for an agreement, however, he also made clear that Moscow hopes to gain from negotiations with the West what it cannot win on the battlefield from Ukraine.

As reported by Newsweek, one of Lavrov’s conditions for negotiating is that the West “fully take into account the interests of the Russian Federation and its security.” Another is that the West would need to “offer us some serious approaches that will help defuse tensions.” The first of these two conditions amounts to a Russian demand that the West (especially the United States) accept at least some of Moscow’s territorial claims in Ukraine as well as that Ukraine does not join NATO. The second condition appears to be a demand that the United States and other Western governments come up with a mechanism to enforce Ukrainian acceptance of any agreement between Russia and the West ending the conflict.

Unsurprisingly, neither the United States nor the Ukrainian government is willing to take Lavrov up on this offer. Ukrainian president Volodymyr Zelenskyy has previously laid out his own conditions for negotiating a settlement, including the punishment of Russia through further sanctions, an end to its role as a permanent member of the United Nations (UN) Security Council, and international security guarantees for Ukraine. Needless to say, Russian president Vladimir Putin is unlikely to accept any of these conditions.

Russia and Ukraine clearly remain far apart on what terms would be mutually acceptable to end their war. Additionally, the Biden administration has made clear that any settlement has to be acceptable to the Ukrainian government; the United States will not help Moscow by insisting Kyiv accept terms it otherwise would not.

What realistic terms could be reached for ending the conflict? However distasteful it may be to everyone involved, if neither side can defeat the other, then a negotiated settlement may only be reached if both sides make some concessions. In my view, the collective West should offer the following.

In exchange for a Russian withdrawal from all Ukrainian territory occupied since February 24, 2022, and a halt to its military operations against Ukraine, the West will rescind all economic sanctions it imposed on Russia since that date. Ukraine will clearly benefit from this and Russia can resume petroleum exports to Western countries willing to purchase its energy supplies.

In exchange for a Russian withdrawal from all Ukrainian territory occupied between 2014 and February 23, 2022 (Crimea and the eastern Donetsk and Luhansk provinces), the West will rescind all economic sanctions it imposed on Russia for these earlier occupations. (Even if in the unlikely event that Putin accepted a return to the pre-2022 invasion status quo ante, he is not likely to agree to return to the pre-2014 one. But a future Russian government might.)

For Ukraine to agree not to seek NATO membership as Russia has insisted, Moscow will need to provide some reassuring concessions to persuade Kyiv not to do so. These might include: 1) the pullback of Russian forces 250 kilometers away from the Russian-Ukrainian border; 2) the withdrawal of all Russian forces from Belarus; 3) the withdrawal of all Russian forces from Transnistria (the Russian-backed separatist region of Moldova to Ukraine’s west) and; 4) an end to the Russian naval blockade of Ukrainian ports and trade transiting through them.

Moscow will not voluntarily surrender for trial members of its armed forces or private military corporations who committed atrocities and human rights violations in Ukraine. Ukraine and other Western governments, though, can hold trials in absentia for these crimes, many of which have been recorded on mobile phone cameras that could potentially identify the perpetrators. If nothing else, these trials will make it impossible for identified war criminals to travel outside of Russia without risking arrest.

Many in the West—and especially in Ukraine—will object to these proposals since they do not include sufficient punishment of Russia for its invasion. Similarly, Putin and his cronies will be loath to give up all their territorial gains gained at a huge cost to Russian forces. At present, both may prefer to continue fighting rather than make any concessions to the other. But if this only leads to a stalemate then at some point both sides might come to see a compromise settlement like the one outlined here as expedient, even if distasteful. When they do, American and Western diplomats should help them achieve it.

Mark N. Katz is a professor of government and politics at the George Mason University Schar School of Policy and Government, and a nonresident senior fellow at the Atlantic Council. He tweets @Mark_N_Katz