The Quadrilateral Security Dialogue Is Consolidating Its Power Against China 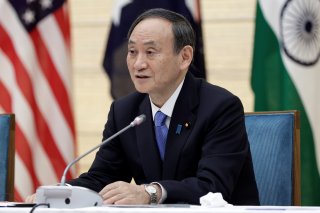 Is Asian multilateralism being stealthily redefined? The Biden administration has placed the Quadrilateral Security Dialogue (known as the Quad), a revitalized grouping of the United States, Japan, Australia, and India at the center of its Indo-Pacific strategy.

This represents a potential paradigm shift, from ceremonial, process-centered multilateral institutions [e.g.; ASEAN Regional Forum (ARF), ASEAN Defense Minister’s Meeting (ADMM) and the East Asian Summit (EAS)] to a functional, results-oriented problem-solving institution, reflected in the Quad’s pragmatic humanitarian disaster relief origins. The United States has broken the eggs and is now trying to figure out how best to make an omelet.

In a region of staid, ritualized, bureaucratically inert multilateral institutions, this shift to functional collective action is transformational. It is based on a simple principle: form follows function. Who sits at the table, is based on being willing and able to bring something to the table. The Six-Party talks on North Korea and the 5+1 Iran nuclear talks were examples of this approach. Yet the Quad is a source of apprehension to other Asian partners not included, especially ASEAN and South Korea. Many are wondering, what are the pieces and how do they fit together?

To understand the logic of the Quad it is important to understand its origins. The Quad began as an ad hoc relief effort for the 2004 Tsunami in Indonesia. The four democratic maritime nations, with very capable navies, led global relief efforts. Other actors—including China (which sent a MASH medical ship)—also participated. The point here is that it was a spontaneous problem-solving effort.

Indeed, since the 1990s, in most crisis situations, from the 1998 Asian Financial crisis, through the 2004 Tsunami, 2006 East Timor independence in 2006, the 2007 avian-flu epidemic, and the 2008 Myanmar cyclone, Asia’s formal institutions have played virtually no role. Instead, it has been ad hoc regional coalitions, often U.S.-led that have stepped to mobilize collective responses. The Quad is the latest example of that legacy. To be sure, it has its limits: Neither Asia’s institutions nor ad hoc coalitions have been able to respond to the current coup and crisis in Myanmar, for example.

Evolution of the Quad

The success of the Quad led to an effort to revive it in 2007, but an early emphasis on joint military exercises drew protests from China, India was reluctant, and the Rudd government in Australia then pulled the plug on the Quad. In the intervening years between 2007 and the advent of the Trump administration, China’s use of economic and military coercion to change the status quo raised concerns of governments across the Indo-Pacific region. The Trump administration, seizing on the opportunity China provided, revived the Quad, raising it from working-level meetings to Foreign Minister-level talks.

The Biden administration, however, has elevated the Quad to yet a new level, holding a virtual leaders meeting that focused on responding to the coronavirus crisis. The meeting also laid a foundation for wider cooperation, with a leader’s statement that declared the support of all four parties for a “free and open Indo-Pacific region” and a “rules-based international order based in international law.” Commenting on the summit statement, which does not mention China, but which is animating the Quad, Peter Jennings, the director of Australia’s Security Policy Institute, wrote “Nice job, Beijing.” Now the Biden administration is planning to hold a live Quad Summit in Washington this fall. During the upcoming summit, the administration intends to pursue cooperation on a range of other issues including high-quality physical and digital infrastructure, supply chain security and digital/information technology issues.

The Quad is now positioned to be an informal but resilient mechanism, a force multiplier, to address regional security and political issues, though necessarily still improvisational. But it remains unclear how the Quad relates to the region’s formal institutional architecture. It should give pause for reflection with regard to the value of other institutions and a recalibration of the role and utility of their parade of annual meetings.

There are a number of ideas for how to connect the Quad with other like-minded nations and institutions. Evan Feigenbaum has argued that the Quad should become “a group of first movers on an array of specific functional challenges.” To do this, he proposed that the Quad be the core of “a rotating set of problem-solving coalitions in the Indo-Pacific.”

Thus, based on the principle of “form follows function—the Quad, reverting to its origins, would, on an issue-by-issue basis, pull together nations of the willing and able, based on the capacity to bring something to the table. For example, on maritime problems, the Quad might invite and support maritime ASEAN states such as Indonesia, Vietnam, Singapore, Malaysia and the Philippines to discuss a common position and/or to take a specific set of actions. Or, for example, the Quad might decide to enhance maritime domain awareness and capacity building. When it comes to supply chain security, the Quad might invite South Korea and Singapore, both major technology hubs. On that basis, it is conceivable they might invite China if there were specific issues on which China’s interests were congruent with the Quad.

But this a la carte approach still needs to define a relationship with key existing institutions, and individual Quad members have all endorsed the concept of “ASEAN centrality,” boilerplate in every statement after regional meetings. However, as the Quad’s existence and ASEAN’s tepid and unsuccessful response to the coup in Myanmar have underscored, the meaning and functionality of its centrality is not obvious.

ASEAN has succeeded in creating a sub-regional Southeast Asian identity and political culture, but it has yet to modernize its 1967 charter. That charter calls for consensus. But as China dominates Cambodia, it effectively has a veto. If ASEAN instead adopted super-majority decisionmaking it—as a collective group with a population of 650 million and a roughly $3 trillion economy—would be able to punch more at its weight, and could as a bloc inter-act with the Quad and China.

The Quad could serve to rationalize the alphabet soup of Asian multilateral fora. The current overlapping array of ARF, ADMM+, EAS, etc. arose at the end of the Cold War when many in Asia feared a U.S. retreat was coming. As ASEAN was unthreatening to all major powers, its call for region-wide political/security dialogues to keep all engaged was well received, and ASEAN has played a significant role in Indo-Pacific diplomatic networking.

But over the past quarter-century, other than providing annual ‘jaw-jaw’ sessions and venues for diplomats to conduct bilateral meetings, these institutions have had little impact on Asian security. By any measure, the Indo-Pacific region is less secure, more contested and anxious than any time since these institutions were created.

The Quad appears to be in the right place at the right time, as evidenced in the results of its virtual summit in March: providing vaccines, as well as launching climate and technology working groups. Its staying power will depend on its ability to continue to address the region’s problems and mesh with other regional institutions. For example, on the persistent Chinese military activities in the disputed South China Sea over disputed islets, the Quad could work with maritime ASEAN states like Indonesia, Vietnam and the Philippines to reshape static efforts to create a binding code of conduct and risk-reduction measures to avoid incidental clashes that could escalate. The Quad could endorse the 2016 International Court of Justice ruling that China claims have no legal basis and/or draft risk reduction measures to apply to the Western Pacific.

The “Quad+” could then take such initiatives to the East Asian Summit for regional endorsement or perhaps assign issues to the ARF or other regional bodies to negotiate details and report back to the EAS. The EAS is inclusive, and meeting at the head-of-state level could function to ratify functional, issue-specific cooperation. There are, of course, various permutations. But the Quad is well-positioned to catalyze a more cogent and effective approach to regional cooperation and a means to counter-balance and perhaps even cooperate with China. In short, it adds a new dimension to Indo-Pacific diplomacy.

Robert A. Manning is a senior fellow of the Scowcroft Center for Strategy and Security at the Atlantic Council and its Foresight, Strategy and Risks Initiative. He served as a senior counselor to the Under Secretary of State for Global Affairs from 2001 to 2004, as a member of the US Department of State Policy Planning Staff from 2004 to 2008, and on the National Intelligence Council (NIC) Strategic Futures Group, 2008-12. Follow him on Twitter @Rmanning4

James Przystup is a Senior Fellow at the Institute for National Strategic Studies. Previously, he has served as Deputy Director of the Presidential Commission on U.S.-Japan Relations 1993-1995, the Senior Member for Asia on the State Department’s Policy Planning Staff 1987-1991, Director of Regional Security Strategies in the Office of the Secretary of Defense 1991-1993 and Director of The Asian Studies Center at The Heritage Foundation 1993-98. The views expressed are the authors’ own and do not reflect those of the National Defense University or the Department of Defense.