The Real Impact of Iran’s Ballistic Missile Strike on Iraq 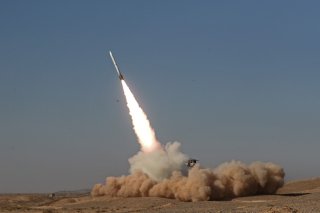 On Sunday, March 13, Iran launched nearly a dozen Fateh-110 ballistic missiles at targets in Erbil, northern Iraq, close to the United States Consulate compound. The attack injured at least two people and caused significant damage to a number of cars and properties, including to the Kurdistan 24 newsroom. It also heightened concerns about additional escalation amid the floundering efforts to revive the nuclear deal, officially known as the Joint Comprehensive Plan of Action (JCPOA).

In claiming responsibility for the strike, Iran’s Islamic Revolutionary Guard Corps (IRGC) declared that it had targeted “the strategic center of Zionist conspiracy and evil” in Erbil in retaliation for an Israeli strike that killed two IRGC officers in Damascus, Syria, on March 7. The IRGC vowed to respond with “harsh, decisive, and destructive responses” against any “further adventuristic and malevolent measures.”

Later in the day, pro-Iranian media began claiming that the IRGC’s assault on Erbil had killed and wounded several members of Mossad, the Israeli spy agency, and that it was a response to a February 14 Israeli drone attack that “originated” in the Kurdistan Region of Iraq (KRI). In comments to the media, Erbil’s governor denied that Israel was present in the KRI, but the Washington Post reported that U.S. officials believe that the IRGC targeted “houses where a Mossad cell was suspected to have operated.” Yet despite allegations of potential foreign interference in Iraq, Iraqi president Barham Salih described Iran’s attack was an “act of terror,” and the Iraqi Foreign Ministry summoned the Iranian ambassador in protest.

In any case, this is not the first time that Iran has claimed to have targeted Israeli intelligence assets in the KRI—similar reports were publicized in both April and September 2021. However, in contrast to mere accusations, it is apparent that the IRGC’s raid on March 13 is only the latest escalation in Iran and Israel’s ceaseless confrontation across the Middle East. Iran has become noticeably more sensitive to Israel’s presence in recent years, especially since the United States assassinated IRGC commander Qasem Soleimani with assistance from Iraqi Kurdish special forces and Israeli intelligence in January 2020. This helps explain why, in October 2021, the IRGC initiated its largest military exercise to date on Iran’s border with Azerbaijan: Iranian concerns over Israel’s presence in the South Caucasus amplified a small border dispute with Azerbaijan into something far more contentious.

Nonetheless, Iran’s intentions to challenge an alleged Israeli presence in Iraq pose risks for the United States. Following the ballistic missile attack on March 13, U.S. State Department spokesperson Ned Price issued a statement calling the attack an “outrageous violation of Iraq’s sovereignty,” but noted that there were “no indications the attack was directed at the United States.” National Security Advisor Jake Sullivan similarly told CBS’s “Face the Nation” that “no U.S. citizens were harmed … and no U.S. facilities were hit.” These statements are notable for two reasons. First, they suggest that Iran’s missile capabilities are now so advanced that the IRGC can precisely destroy targets in close proximity to Americans without causing unwanted collateral damage or being reliably destroyed by U.S. missile defenses. Second, Iran has shown a remarkable amount of restraint in responding to perceived aggression, creating space for both retaliation and subsequent de-escalation. While senior U.S. military leaders had previously acknowledged this reality after Iran launched retaliatory missile strikes on a joint U.S.-Iraqi airbase following Soleimani’s killing in January 2020—wounding, but not killing, over 100 U.S. servicemembers—yesterday’s ballistic missile strike is further evidence of Iran’s capabilities and intentions.

Yet the IRGC’s strikes may also indicate that Iran is growing more emboldened and willing to directly retaliate with ballistic missiles against its adversaries. According to John Krzyzaniak, a research associate at the International Institute for Strategic Studies, Iran has struck targets in Iraq and Syria with ballistic missiles six times since 2001, with five of those instances occurring after 2017. But with multiple asymmetric options to respond to perceived aggression, it is less clear why Iran is now relying on its ballistic missiles more often. “Many previous issues that Iran was launching attacks in the aftermath of or retaliating for were not direct military attacks with Iranian casualties,” Alireza Ahmadi, an analyst at Gulf State Analytics and a research fellow at Vocal Europe, told me. And although the IRGC’s March 13 attack “seems to indicate [Iran’s] growing confidence … whether Iran just found the perfect opportunity to make a bold statement or if this is to signal that retaliation will be more frequent and direct is hard to say right now.” Regardless, Ahmadi notes that “Iran has been developing the sophistication and accuracy of its missile fleet for exactly such deterrent action in lieu of being able to properly modernize its conventional military,” so Iran is likely to continue relying on ballistic missiles in deterring and countering the most egregious threats to its security.

This is not good news for the United States, which has long sought to avoid being dragged into the Iranian-Israeli conflict even as it has thrown its weight behind Israel and occasionally struck Iranian military assets. For example, the Trump administration offered such extensive support for Israel’s air war against Iranian military entrenchment in Syria that, according to The Jerusalem Post, then-U.S. secretary of defense James Mattis was “concerned” that Israeli actions would blowback against the United States. Though President Joe Biden has also ordered airstrikes on Iranian-backed militias, most recently in Syria in February 2021, it is less clear whether his administration has sustained his predecessors’ stalwart support for Israeli military operations. Will Iranian military planners be so discerning? In November 2021, the New York Times revealed that after Israeli airstrikes destroyed Iranian military targets in Syria the previous month, Iran launched drone strikes against a U.S. military base in southern Syria, “the first time Iran has directed a military strike against the United States in response to an attack by Israel.” Additional attacks, with consequences far beyond the Middle East, could follow.

Certainly, trilateral tensions between the United States, Iran, and Israel have routinely complicated Washington and Tehran’s tortuous efforts to revive the JCPOA. The Israeli government remains firmly opposed to reinstating the agreement, sustaining its hostility even as a new government has taken the reins in Jerusalem’s Knesset and despite an outpouring of cathartic revelations by former Israeli security officials that the deal remains in Israel’s national interest. Just last month, Israeli prime minister Naftali Bennet disparaged the impending nuclear deal for being “weaker” than it previously was, while his predecessor, Benjamin Netanyahu, pointed to Iran’s March 13 assault on Erbil as another reason why Iran, and its potential commitment to the JCPOA, cannot be trusted.

Fortunately for Netanyahu, the decision to revive the JCPOA is no longer solely dependent on U.S. and Iranian proclivities. As scholars Hamidreza Azizi and Nicole Grajewski recently wrote for The National Interest, Russia’s demand for

“written guarantees” that Western sanctions over Ukraine “will by no means affect our right to free and full-fledged trading, economic, investment, military and technical cooperation with Iran” … has stoked concerns that Moscow may try to take the JCPOA talks hostage in order to reap benefits for “sanctions-busting,” or to leverage the JCPOA as a bargaining chip to reach a deal with the West over Ukraine.

But regardless of Moscow’s motives, negotiations have been halted and Iran and the United States alike are apoplectic. As a matter of fact, despite Iran being careful not to imperil its close relations with Russia, Iranian foreign minister Hossein Amir-Abdollahian proclaimed that “We won’t allow any foreign factors to impact our national interests” and sought “clarification” from Russia on its position. The reaction in Washington has been bolder. U.S. officials have firmly rejected Russia’s “irrelevant” demands and threatened to exclude Moscow by exploring alternative solutions if the Russians do not back down.

But arranging such an option is easier said than done: Iran and the United States had not yet resolved the final sticking points to reentering the JCPOA—potentially including prisoner swaps and formal guarantees that the United States won’t abruptly leave the deal a second time—before Russia sabotaged the proceedings. And now Iran’s March 13 missile strike on Erbil may have complicated negotiations further. While not explicitly linked to the JCPOA talks, the timing of the IRGC’s missile attack is certainly suspect. The West is well aware that Iran can disrupt its interests in the Middle East and beyond without nuclear weapons, and this demonstration of Iranian missile capabilities is driving the necessity of a nuclear deal home harder. With negotiations at such a tenuous stage, any additional surprises or escalation could kill months of effort, and Biden’s Republican opponents and detractors are not letting this opportunity go to waste. “The desperate rush to sign this flawed nuclear agreement with Iran is not only absurd, it’s downright dangerous,” Netanyahu stated. “It would relieve sanctions and give them hundreds of billions of dollars in order to continue the terror that they waged yesterday and wage every day throughout the Middle East and the world … Have we learned nothing?”