Republicans Are Putting America At Risk by Flouting the Constitution 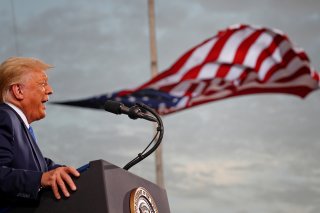 About eighty years ago, the members of the world’s greatest deliberative body faced a harrowing choice, implicating war or peace, betrayal or loyalty. Their personal reputations and careers were at stake and their country’s existence as a democracy hung in the balance.

After almost four years of feckless governance by an executive who ignored his military, intelligence, and foreign policy experts, circumvented his chief diplomat, and substituted personal diplomacy at ill-prepared summit meetings for a disciplined policy process, even a fellow conservative demanded, “In the name of God, go!”

Finally discrediting appeasement in May 1940, an influential minority of Britain’s dominant Conservative Party chose patriotism and principle over personal and professional interests. Their success, however, was not guaranteed and political retribution loomed, even as the Nazis marched. After the vote that ultimately unseated Prime Minister Neville Chamberlain, the Tory chief whip, David Margesson, snarled at parliament’s youngest member, “And I can tell you this, you utterly contemptible little s**t, on every morning that you wake up for the rest of your life, you will be ashamed of what you did last night.” Margesson was wrong; the junior member of parliament and future cabinet minister, John Profumo, fought in North Africa, Italy, and Normandy on D-Day, but never doubted his vote.

This week, Republican senators and representatives will face a similarly wrenching decision. Should they ignore the results of an election certified by fifty states and for which dozens of courts, including the U.S. Supreme Court, and the Attorney General of the United States have rejected claims of fraud material to the results? Or should they vote to uphold the Constitution, incurring the wrath of a vindictive president and potentially imperiling their political futures?

Pretending to know the future judgment of history is hubris. Nonetheless, Republican members of Congress should think hard about the words and votes they will record on Jan. 6. There will be a reckoning, and the first test of any American official must be: did he or she support and defend the Constitution?

Some may see this as a political or domestic issue. It is not. The core national security interest of the United States is upholding the Constitution—the reason that American officials swear an oath to defend it against all enemies foreign and domestic. The Constitution, not blind nationalism, is the true source of American greatness. It is aspirational, setting a standard measuring both our national shortfalls and our triumphs. As such, it serves as a necessary corrective when the behavior of Americans falls short of its ideals and is therefore a source of hope.

The Constitution was conceived when minority-rule was the rule. Kings, czars, and sultans mattered; people did not. It inverted that condition, asserting that “We the people . . .” established it “in order to form a more perfect Union . . .” While in other countries the armed forces swear their loyalty to the head of state, in the United States, Americans make an oath to the Constitution. This practice embodies the belief of the founders that no leader is above the law.

Winston Churchill, unlike President Donald Trump, advocated and practiced magnanimity. After the appeasers were vanquished, he retained Chamberlain in his Cabinet until the latter’s death, despite their earlier clashes. That admirable quality could not, however, absolve Chamberlain—and more importantly, those who followed him blindly into disaster—from history’s reckoning. The Republicans who are flouting the Constitution, by attempting to overturn a lawful election, risk their reputations as well as the country’s national security. Regardless of which they value most, they should uphold their oaths of office and accept the electoral college votes forwarded by the states.

William Tobey is a Faculty Affiliate with the Project on Managing the Atom at Harvard Kennedy School’s Belfer Center and former Deputy Administrator for Defense Nuclear Nonproliferation at the National Nuclear Security Administration (2006-2009).