Rethink ‘Power’ in a New Era of ‘Great Power Competition’ 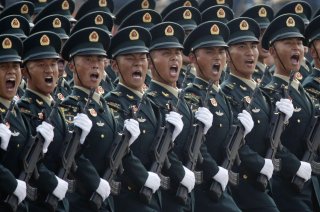 While U.S. administrations see with increasing clarity the reality of their country’s relationship with China, it isn’t clear that they grasp the implications of great-power competition with China. Technology is central to the new competition and U.S. policymakers rely on a well-established, time-tested—and sadly outdated—strategic perspective.

As White House Indo-Pacific policy coordinator Kurt Campbell has explained, the “dominant paradigm” in U.S.-China relations is competition. It’s a multidimensional struggle, in which the military plays a central role. The main battlefield will be economic, however, with consequences for the diplomatic and ideological spheres. Domestic economic success enables aid and investment, as has been the case with China’s Belt and Road Initiative. This success is based on a political-economic model that improves the lives of large numbers of people will validate its underlying ideology and make it more inviting to others.

The key to economic success will be mastery of new and emerging technologies. Those innovations have the potential, reports the McKinsey Global Institute, “to affect billions of consumers, hundreds of millions of workers, and trillions of dollars of economic activity across industries.” Companies that lead in those fields will secure the revenues that facilitate a virtuous cycle of investment, research and development that can prop up their dominance in technologies. They will also promote international standards that lock in their leading position.

Tech supremacy will confer legitimacy on that country’s innovation model, reinforcing its soft power. Technology that facilitates surveillance and control will appeal to autocrats and authoritarians. This technology could help sustain regimes that might otherwise collapse under the weight of their own mismanagement and misrule. This will strengthen the appeal of the countries that can offer such technology.

The potential impact of technology-related leadership is sweeping. The U.S. National Intelligence Council (NIC) noted in its last Global Trends Report that “some technological areas appear to offer the potential for transformative change . . . advances in these areas will combine with other technologies, such as energy storage, to shape societies, economies and perhaps even the nature of power.” In a recent analysis, researchers at Georgetown’s Center for Security and Emerging Technologies (CSET) explain how artificial intelligence can create new forms of power and influence in the international system.

Significantly, those technologies are intertwined. Core components of the digital economy depend on each other. The NIC highlighted this phenomenon in its last Global Trends report, noting that “The convergence of seemingly unrelated areas of scientific research and technological applications is making the rapid development of novel applications possible, practical and useful.” The NIC analysis highlighted how “materials and manufacturing are inextricably linked in a longstanding virtuous cycle . . . most likely will be accelerated by convergent increases in high-performance computing, materials modeling, artificial intelligence (AI), and biomaterials.” This is also evident in the emerging 5G environment. The combination of 5G hardware, the data created and supplied by billions of sensors, devices and connections, and the AI that can sort and analyze it all in real-time will create a new world.

These are truly “critical technologies.”

China gets it. Chinese president Xi Jinping observed in 2014 that “science and technology innovation has become a critical support for increasing comprehensive national strength . . . whoever holds the key to S&T innovation makes an offensive move in the chess game and will be able to preempt the rivals and win the advantages.” Four years later, he hammered home the importance of leading in these fields and doing so through its own efforts, adding that “The initiatives of innovation and development must be securely kept in our own hands.” This imperative has spurred the country’s many national development plans, of which Made in China 2025 is merely the most famous.

The United States has been slower on the uptake. This is the product of several factors: mistaken readings of history, a readiness to put ideology over facts, and a belief by the United States that dominance in this field is its right and a concomitant belittling of Chinese efforts.

Fortunately, the cold light of day—and unmistakable evidence that China could win this race—is forcing a reassessment of U.S. policy. Economic historians have exposed as fiction the notion that the U.S. government left the private sector to its own devices during the Cold War and in fact has intervened in the workings of the U.S. economy since the founding of the Republic. That evidence has shredded the myth of the lone entrepreneur struggling to succeed on his own terms without help—and periodic opposition—from Washington. Both are forcing a much-needed reassessment of “industrial policy.” Old habits die hard, however, and this bitter (for some) reality has been rendered more palatable by labeling the new approach “innovation policy” or “competition policy.”

And not a moment too soon. Tech experts and entrepreneurs warn almost daily that U.S. supremacy in technology is being threatened. A number of metrics suggest that it may already be a thing of the past. Congress has taken action, with legislation like the U.S. Competition and Innovation Act, to shore up the U.S. position.

Policies to help the U.S. “play offense” have been matched by more traditional moves to protect intellectual property from theft or illicit acquisition. These defensive measures include the Export Control Reform Act (ECRA) and the Foreign Investment Risk Review Modernization Act (FIRRMA), both of which were part of the fiscal year 2019 John McCain National Defense Authorization Act. U.S. administrations have other tools at their disposal: the Commerce Department’s Entity List is increasingly popular, and the Trump administration launched the China Initiative, a Department of Justice-led effort to disrupt and deter threats to national security from Chinese activities in the United States.

These efforts have been criticized for being ad hoc, slow-moving and poorly coordinated, both within the United States and crucially, with U.S. allies and partners. Especially troubling has been the glacial pace at which the list of emerging and foundational technologies—required for effective implementation of ECRA and FIRRMA—has been developed. Some “critical technologies” have been identified, but almost no progress has been made on “emerging and foundational technologies.”

That frustrating pace is partially attributable to a paradox. Policies that aim to restrict China’s access to advanced technologies and strengthen U.S. competitiveness simultaneously threaten that competitiveness by eliminating a huge market for its products. Silicon Valley warns that sales to China constitute a huge chunk of the sales of U.S. semiconductor manufacturers—25 percent in most but not all cases—an amount that practically funds the U.S. industry’s innovation budget. The industry has been a vocal opponent of restrictive measures and has weighed in throughout the comment and consultation process for those technologies.

This debate over industry costs and consequences has obscured another, more fundamental, and perhaps an unresolvable question about defensive responses to this competition. The Western framework to control access to technology has been based on “dual-use”—if technology had a military application that could impact the balance of power, then its trade was restricted. That logic collapses when a government blurs the lines between military and civilian use, as in the case of China’s Military-Civil Fusion (MCF) program, or when the potential applications of a technology are unknown. That is increasingly true given the pace of technological innovation and deployment. U.S. officials don’t know what technologies might exist, much less how they might be used.

Even more worrisome are the implications of the logic outlined above. If some technologies can change the balance of power even without having military applications, then controlling their proliferation is imperative. This demands a new approach to competition. If the rewards of pre-eminence are as sweeping as they seem—and digital economics, with first-mover advantages, network effects, standard-setting and system lock-in, validate this thinking—then governments can’t afford a laissez-faire approach. The stakes are just too high.

There is no good answer then to the question of where to draw the line. Decoupling—wholesale, blanket bans—is impractical and impossible. Yet, the potential effects demand a downward bias that quickly risks becoming a slippery slope.

Despite this uncertainty, some guiding principles make sense. First, the United States must be better attuned to the transformational value and impact of new technologies. Policymakers are cognizant of their importance in a general sense; hence the flurry of legislation in recent years and the attempts to restrict access to them. But the prevailing regulatory mindset is outdated. Strategists need to explore the revolutionary impact of new technologies not only in terms of tactics but in strategy and even in how they think about the interests that strategies are designed to protect. They must figure out how to both exploit those new capabilities and protect the United States against creative application by its adversaries.

Second, the United States should pursue a collaborative approach with partners and allies. One of the United States’ greatest strengths is its alliances and partnerships; their value has been underscored throughout the coronavirus pandemic as countries have grappled with supply chain vulnerabilities in almost every industry. A key lesson is that no matter how big or how advanced an economy may be, no country can internalize all its production networks. Allies and partners should seize the opportunity to work with the United States not only to secure their own needs but also to create the interdependencies that can blunt any isolationist inclination in Washington in the future. After all, Europe has been a frequent target of U.S. trade sanctions.

Third, the United States needs to reconceptualize security to recognize that in the digital era, national security assumes new dimensions and expressions. It isn’t enough to acknowledge the new realities of great-power competition or for people to think they know what that means. Vulnerabilities are more dispersed, which creates new responsibilities for governments, businesses and citizens. Power is being redefined and strategists must think creatively about its exercise.

Brad Glosserman is deputy director of and visiting professor at the Center for Rule-Making Strategies at Tama University as well as senior adviser (nonresident) at Pacific Forum. He is the author of Peak Japan: The End of Great Ambitions and with Scott Snyder, The Japan-South Korea Identity Clash. He is working on a book about technology and national security.