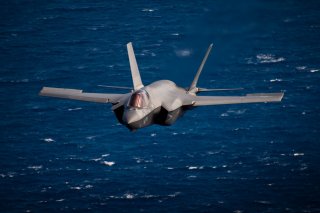 “Strategy,” wrote business guru Richard Rumelt, “involves focus and, therefore, choice. And choice means setting aside some goals in favor of others.” While the Indo-Pacific is rhetorically the United States’ primary theater, the Biden administration has been unique in the extent to which it pays lip service to the Indo-Pacific while allocating the lion’s share of its finite resources to Europe. This is critical because resources are much scarcer than this strategy implies. Strategists ought to reckon with the reality of scarce resources and the prioritization this scarcity impels. Washington must make hard choices now while there is still time.

The United States’ current strategy documents declare an overwhelming focus on the Indo-Pacific. The National Security Strategy and National Defense Strategy both clearly prioritize China over Russia. Administration officials’ rhetorical assertions similarly imply a focus on China. Most notably, President Joe Biden himself has asserted on four occasions that America would defend Taiwan against Chinese aggression. Meantime, other officials are warning of the Chinese invasion threat to Taiwan with increasing urgency, characterizing it as “manifest,” “acute,” on a “much faster timeline” than thought, or that they are “fearing” invasion as early as 2023.

Despite these assertions of Indo-Pacific import, the administration’s actions fall demonstrably short of this prioritization. The extent of material support for Ukraine is producing serious opportunity costs, infringing on Washington’s ability to safeguard its cardinal interests, namely: maintaining the capability and capacity to deter or deny Chinese territorial aggression in Asia, the most likely target of which is Taiwan.

Most notably, the United States has provided thirty-eight High Mobility Artillery Rocket Systems (HIMARS) and an unspecified amount of Guided Multiple Launch Rocket Systems (GMLRS) rockets. U.S. inventories of HIMARS and rockets are “likely limited” given the scale of provision to Ukraine, the number available, and the anemic capacity of the defense industrial base. The U.S. Army is now using at least $339.3 million of appropriated aid to backfill its HIMARS and GMLRS stocks, including “long-lead” parts.

Not only will this take years, but this added production will almost certainly have outsized opportunity costs. Lockheed Martin manufactures HIMARS, GMLRS, another rocket artillery launcher called the Multiple Launch Rocket System (MLRS), the longer range Army Tactical Missile Systems (ATACMS), its new Precision Strike Missile (PrSM, which is capable of striking ships at sea from shore), as well as the Javelin anti-tank guided missile and anti-air missile systems like Patriot and Terminal High-Altitude Area Defense (THAAD), all at its Arkansas manufacturing facility. All of these would have a critical role in any U.S.-China contingency in the Indo-Pacific. However, Lockheed leadership recently disclosed that even with “ahead of contract” capital expenditure, it will still take years to expand manufacturing capacity. The Army and Marine Corps, in optimizing their forces for conflict with China, are prioritizing long-range precision fires. Any delays in force development degrade deterrence in the Indo-Pacific. Given the urgency of official warnings about China, this is time we no longer have.

Another critical munition is the vaunted Javelin. The United States had already given Ukraine a whopping one-third of its total inventory by early April. Javelin shipments have continued apace, and although the specific levels of U.S. stocks are classified, this may represent as much as 40 to 45 percent of its inventory. At the current production rate of a mere 1,000 missiles per year, this rapid depletion demonstrates the real danger of any further drawdown. Importantly to any U.S.-China scenario, these man-portable missiles are effective at destroying not only tanks and vehicles, but also small structures, low-flying rotary wing aircraft, and even small amphibious vehicles or landing craft.

America has also provided other platforms and munitions that may have somewhat less utility initially but would nonetheless be useful in protracted campaigns. Among these are M777 howitzers and 155mm ammunition, of which Washington has provided Kyiv with an eye-watering 884,500 rounds. The Pentagon acquisition chief stated that it is increasing production of 155mm ammunition from 14,400 rounds to 36,000 per month, but only by 2025. One U.S. defense official assessed U.S. stocks of 155mm ammunition are “uncomfortably low … not at the level we would like to go into combat.” It does not take an accountant to realize these numbers are staggering. They underscore the stark reality of scarcity and the inability of the industrial base to surge production on a strategically relevant timeline, even for relatively unsophisticated munitions like 155mm let alone more technologically complex ones.

Additional relevant material provided to Ukraine includes Stinger man-portable air defense systems, mid-range surface-to-air missile systems, anti-ship missiles, radars, manned and unmanned vessels, unmanned aircraft, and many other systems that would have a high degree of utility in any U.S.-China scenario. There are further indications that Washington may be providing other unnamed systems, such as MLRS and ATACMS. But Ukraine still demands more, and the Defense Department acknowledged it is “keeping these supplies up … [and] working to get these capabilities to Kyiv.” The continued provision of arms appears to be a near certitude.

What is more, Washington has actually increased its own force posture in Europe to the tune of an additional 20,000 personnel. Military resources are zero-sum: ships, aircraft, and missiles critical to the delicate military balance in the Indo-Pacific cannot be in two places at once. These additional deployments to Europe include the extension of a Carrier Strike Group (CSG), fighter squadrons, tanker aircraft, an Amphibious Ready Group and Marine Expeditionary Unit, a HIMARS battalion, and two Army brigade combat teams (BCT) which would have considerable utility in deterring Chinese aggression. This is fundamentally illogical, as the degradation of Russian military wherewithal in Ukraine would suggest an attenuation of its direct conventional threat to NATO territory, the primary strategic imperative for U.S. presence in Europe. If there is less of a threat, why increase force posture when Washington’s explicit priority is the Indo-Pacific?

Given the extent of U.S. material support, the requisite time for materiel regeneration due to industrial atrophy, and expanded posture in Europe, Washington faces the prospect of several years during which it may not have the capacity to deter both China in the Indo-Pacific and further Russian aggression (however unlikely) in Europe.

Indeed, the Pentagon has not maintained a two-major war force for some time. It shifted from a two-regional to a one-major war force planning construct with the 2018 National Defense Strategy. The 2022 National Defense Strategy maintains this construct. Reversion to a two-regional war construct would be inadequate for the type of “walking and chewing gum” against China and Russia that many currently advocate. Even if one charitably assumes the political will to radically increase defense spending, generating that force would take years, and even much higher budgets would not obtain the global predominance such advocates imply.

Meantime, scarcity impels prioritization and choice. America evidently cannot continue its current material support to Ukraine and maintain a credible deterrent against Chinese aggression. Although it may be impolitic, denying Chinese aggression in Asia is vastly more important to America than the outcome of the Ukraine war. This is for many of the same reasons consecutive administrations have (at least rhetorically) prioritized China: it is the only state with the capability and intent to aspire to hegemony over a key region. With even a “soft imperial control” over half of the global economy, Americans’ concrete interests—physical security, economic prosperity, and political freedoms—would be jeopardized. Russia, even in the unlikely event that it subjugates Ukraine, no longer poses this type of hegemonic threat.

This is the clear choice with which U.S. strategists must reckon: continue arming Ukraine ad infinitum or husband their scarce resources to forestall the manifest danger of Chinese aggression in the Indo-Pacific. Washington cannot do both.

Putting Our Money Where Our Mouth Is

Although the Biden administration and Congress do not appear likely to attenuate their support for Ukraine, they unequivocally ought to do so. Washington should conserve its remaining finite resources—both its arms and attention—based on its instantiated strategic interests. This can be accomplished through several concrete actions.

First, any additional military aid should exclude material that has at least moderate utility in U.S.-China defense planning scenarios, including anti-air and anti-ship systems, long-range precision fires, Javelins, and—based on the extent of their provision already—155mm artillery ammunition. European states should forthwith shoulder the vast majority of the burden of further military aid. To the extent that Washington has reserves of dated, less relevant, or arms of foreign provenance for which its own war plans do not call, those could be reasonably provided to Ukraine.

The aging but still relatively capable A-10 attack aircraft is an example of such a system. The Air Force has attempted to divest its A-10 inventory in the interests of modernization in five of the previous eight budget cycles, but Congress has consistently prevented this. Given the high degree of support in Congress for Ukraine aid and the relative wherewithal of the A-10 vis-à-vis its potential target set, the Air Force might find a more amenable audience if they demonstrate this mutually beneficial prospect.