Taiwan Deserves a Seat at the United Nations 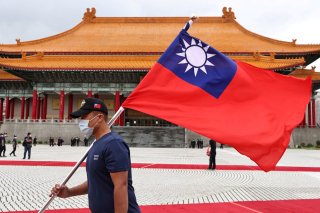 Gordon Hewart, the former Lord Chief Justice of England once said, “Justice must not only be done, but must also be seen to be done.” It is time for Taiwan to be seen and have its voice heard.

This September, world leaders from 193 countries gathered together for the 77th Session of the United Nations General Assembly (UNGA77). Yet, a fully democratic nation with 23.5 million people, Taiwan was denied entry to the United Nations (UN) due to China’s opposition and the influence it holds in the UN system. This was not the first time that Taiwan has been excluded from international organizations. China has been blocking Taiwan’s international participation in the UN and its affiliated organizations ever since 1971 when the recognition of the “China seat” shifted from the Republic of China (ROC) to the People’s Republic of China (PRC.)

Taiwan’s status and its participation in the UN have long been debated and remain unsolved. The primary reason for Taiwan’s exclusion from the UN and other international organizations is China’s objections and the United Nations General Assembly Resolution 2758, passed in 1971 that it uses against Taiwan. At UNGA77, Chinese Foreign Minister Wang Yi used the global stage to advance China’s own geopolitical interests. In Wang’s speech during the general debate, he not only mentioned Resolution 2758 when addressing the Taiwan issue but also incorporated the One China Principle into the resolution. In addition, Wang claimed that Taiwan is a part of China and the One China Principle has become a norm that enjoys consensus in the international community. Wang’s speech was unacceptable and totally unjustified. The truth is that Taiwan has never been a part of China and Wang not only misinterpreted the meaning of Resolution 2758 and distorted historical facts but he also falsely claimed China’s sovereignty over Taiwan.

Resolution 2758 was adopted at the 26th Session of the UNGA in October 1971, with seventy-six voting in favor, thirty-five against, and seventeen abstaining. The original language of Resolution 2758 simply addressed China’s lawful rights at the UN and the United Nations Security Council (UNSC) and expelled the representative of Chiang Kai-Shek. In other words, the adoption of Resolution 2758 at UNGA fifty years ago only resolved the issue of China’s representation to the UN. This resolution did not give China the right to represent the people of Taiwan nor did it recognize China’s sovereignty over Taiwan. Instead, the passing of Resolution 2758 only means the recognition of the “China seat” by UN member states shifted from the ROC to the PRC. In fact, Taiwan’s status was never broached in Resolution 2758, and the word Taiwan was not even mentioned once.

There should be no question that China has posed a serious threat to the international system. China has leveraged its membership and its growing influence within the UN to block Taiwan’s international participation. China’s political ambition to elevate its role in global governance to reshape the international order for achieving its own interests is pretty clear. However, the rights of the 23.5 million people of Taiwan should not be manipulated or politicized. Denying Taiwan its UN participation is not only an injustice but also a violation of the principles of universality and self-determination as enshrined in the UN Charter.

Many have argued recently that China’s expanding role in the UN system has quietly weakened the UN’s commitment to human rights and could undermine the rules-based international order. Taiwan’s continued unjust exclusion from the UN and its affiliated organizations should not be considered a special case. A nation that upholds the values of democracy, human rights, and the rule of law should not be left out of the UN. The world should not be silenced. Taiwan, a country with much to contribute deserves a seat at the UN table - a voice that represents 23.5 million people needs to be heard. If the democratic community of nations fails to address this issue and counter China’s authoritarian influence then China will continue to use its influence to make more unjust claims in the future.

Chih-Wei Chiu is a Legislator of the Republic of China (Taiwan).