Ten Years On: What to Make of Kim Jong-un’s Long March to Power? 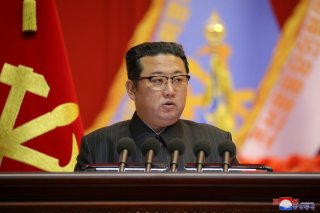 A decade ago Dear Leader Kim Jong-il died at age seventy. Although the Democratic People’s Republic of Korea (DPRK) had survived many challenges in its sixty-three years of existence, its future was far from assured.

Kim’s twenty-seven-year-old son, Kim Jong-un, was the presumed Great Successor, but the odds that he would end up in control appeared long. The DPRK spent most of its existence isolated with few friends and only a couple reluctant allies, most notably the People’s Republic of China (PRC), which of late had warmed significantly to South Korea.

The North’s conventional military superiority had waned as the Republic of Korea’s development had waxed. Yet Pyongyang’s aggressive drive for nuclear weapons put it at odds with China as well as the United States. The 1983 attempted assassination of the Republic of Korea (ROK) president with a bombing in Rangoon, Burma wrecked the North’s reputation among nonaligned third-world states, relationships which founder Kim Il-sung had made a priority.

Ahead of South Korea economically in its early years, the DPRK had fallen behind in the 1960s and the gap had continued to expand. A devastating famine in the mid-to-late 1990s killed hundreds of thousands and as many as two million people. Having reneged on foreign debts, Pyongyang had no international credit. As defections rose and technologies seeped into the North, North Koreans increasingly realized that they were living in something other than paradise.

Today, however, Kim remains in charge. His country continues to look stable. And while the DPRK’s future remains fraught with challenges, there is no reason to presume an early collapse either of the Kim dynasty or North Korea.

Kim has had an enormous impact on his country. He has both facilitated great change and cemented conventional wisdom. The combination makes a challenging mix.

The dynasty still reigns supreme. Kim Il-sung took years moving Kim Jong-il up the leadership ladder, ensuring that Kim fils would ascend to the communist throne. Kim Jong-il had far less time to train Kim Jong-un, since the former didn’t begin until recovering from his stroke of August 2008. Only a few years of paternal assistance seemed too little time to ready Kim Jong-un for combat in one of the most dangerous political snake pits on earth. Many observers bet on his “mentors” ending up in charge, either individually or collectively amid an extended power struggle. Instead, his supposed guides successively disappeared. Vice Marshal Ri Yong-ho was dumped a few months after Kim’s ascension at a special politburo meeting, never to be heard from again. The following year Uncle Jang Song-thaek fell, with a stage-managed arrest followed by a well-publicized execution. Of the seven officials who accompanied Kim alongside his father’s coffin, within five years two were purged, one disappeared, one was demoted, one was retired, and two were promoted. Hundreds of senior party members were executed in the early years, establishing Kim’s brutal authority.

Planned or not, Kim used the prospect of détente with America to restore the bilateral Sino-North Korean relationship. Historically, relations between Pyongyang and Beijing were never good, despite, or, perhaps, because of the PRC’s military rescue operation during the Korean War. China also was unhappy with its reckless, destabilizing neighbor. Kim Il-sung ruthlessly balanced between Beijing and Moscow, and difficult political differences emerged, including Mao Zedong’s Cultural Revolution and Kim’s personality cult. Before 2018, Xi Jinping had frozen out Kim Jong-un, refusing to meet, despite holding several summits with South Korean president Park Geun-hye. However, the impending Trump-Kim meet-up forced Beijing to act, lest it get sidelined by a U.S.-DPRK deal. Today the PRC plays a major role in keeping North Korea afloat economically.

Kim has permanently changed DPRK relations with America. Although Korea specialists widely panned Donald Trump’s summitry, President Joe Biden affirmed that he, too, was willing to meet with Kim, though with more conditions. A policy of strict isolation having been abandoned, future contact is likely to be more personal as well.

With four nuclear and a hundred conventional missile tests, the latest ruling Kim brought his father’s and grandfather’s nuclear and missile plans to fruition. Although the size of the North’s arsenal, and Pyongyang’s ability to target the American homeland, remain uncertain, there is little doubt that the DPRK is a genuine nuclear power. And it could become a significant one in the not-too-distant future. The Rand Corporation and Asan Institute warned: “by 2027, North Korea could have 200 nuclear weapons and several dozen intercontinental ballistic missiles (ICBMs) and hundreds of theater missiles for delivering the nuclear weapons. The ROK and the United States are not prepared, and do not plan to be prepared, to deal with the coercive and warfighting leverage that these weapons would give North Korea.”

Kim has taken his country full circle, first toward greater economic reform and contact with South Korea, then to almost complete international isolation, highlighted by a sustained attempt to increase state economic control and eradicate South Korean cultural influences. Kim hosted a K-pop concert in 2018. Three years later, he is waging ideological war on K-pop and other outside influences. Teens are being jailed for listening to or singing South Korean songs. Some analysts predict that as COVID eases he will open up again, while others fear he has joined his father and grandfather in deciding that he must sacrifice economic growth to maintain political control.

Kim retains the opportunity to move in almost any direction once the pandemic ebbs. Isolation is one option: His country is more powerful militarily, has a better relationship with the PRC, and recently has come close to hermetically sealing its border. Also possible is opening commercially to the West, since under Kim the DPRK has greater experience with domestic markets and foreign investment than under his predecessors and China long has urged this strategy. Pyongyang could reopen political talks with the United States. Previously under discussion were issuing a peace declaration, opening liaison offices, searching for additional combat remains from the war, and pursuing denuclearization. With this course, Pyongyang and Washington could set up arms control negotiations by labelling denuclearization talks.

Who might follow Kim Jong-un remains a mystery. When Kim was ostentatiously heavy and unhealthy, the appointment of a de facto party deputy earlier this year might have reflected regime concern over his longevity. Since then Kim has dropped substantial weight, but the question of succession remains. Observers usually focus on other members of the sacred bloodline, though how much difference that would make in practice is unclear, since there appears to be less popular illusion about the leadership today than in the past. His children remain pre-teens and are unlikely to be possible political factors for another couple decades, assuming he retains control. His sister, Kim Yo-Jong, has his trust and a high public profile, but no obvious source of independent authority should he die. Moreover, the only women to exercise political power in the North have done so indirectly, as spouses or sisters, not on their own. Other close male relatives include an older brother, half-uncle, and two half-nephews, none of whom could easily claim the throne. Without an obvious successor in place who enjoys strong political support, the next transition could be much more difficult.

On December 17, 2011, Kim Jong-un looked impossibly young and out of place in an old man’s government and system. Today he is firmly in control even if he still looks vaguely out of place. However, with the COVID-19 pandemic still raging and allied concern growing as his nuclear and missile capabilities continue to expand, the next decade could be even less stable and more dangerous than his first.

North Korea is likely to be in tact when the next decade concludes, but uncertainties will steadily grow. No matter how strong Kim might appear to be, the North Korean system will increasingly clash with the interests and wishes of the Korean people. It will eventually disappear, and the collapse could be ugly.