Thanks to China’s Rise, the Age of Dealignment Is Here 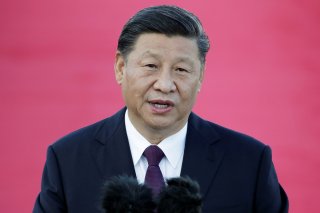 AMONG DEMOCRATS and Republicans alike, there is growing recognition that the United States and China are engaged in Cold War II—a thesis that was still controversial only two years ago when I made the case for it in the pages of this magazine. Cold War II, however, is likely to be very different from Cold War I.

As appalling as they are, Xi Jinping’s return to a Maoist cult of personality, the creation of a nightmarish high-tech “social credit” surveillance system, and the cultural genocide of Muslim Uighurs in occupied East Turkestan would not in themselves threaten China’s immediate neighbors or the interests of the United States and its allies in East Asia and elsewhere. But while intensifying its totalitarian repression at home, the Chinese dictatorship has become ever more aggressive in its external policy, militarizing islands in the South China sea, slaughtering Indian soldiers along the disputed Sino-Indian border, and using aggressive “wolf warrior” diplomacy to bully other countries into acquiescing to Beijing.

Many of the countries bullied by China are standing up to it. A loose “Indo-Pacific” coalition of the United States, Japan, India, and Australia, along with others including Vietnam, has arisen to balance China. After the coronavirus epidemic, which itself originated in China, revealed the dependence of the rest of the world on Chinese manufacturing of medicines, personal protective equipment, and other essential goods, the United States, Japan, and other countries are pressuring companies to move industrial supply chains out of China—either to their home countries or to third countries which are not strategic threats. Escalating financial sanctions levied by the United States and China on each other’s officials are deepening the economic cold war.

It would be a mistake, however, to assume that we are witnessing a transition from a unipolar world characterized by U.S. hegemony to a rigid bipolar system like that of Cold War I from 1946–1989. Far more likely as the result of the rise of China is the emergence of a kaleidoscopic multipolar world order, as many countries, including former U.S. allies, distance themselves from both China and the United States.

DESCRIBING U.S. domestic politics, political scientists distinguish “realignment” from “dealignment.” Under realignment, one or more groups of voters move from one of America’s two national parties to the other, but most voters still belong to one of the two parties. Under dealignment, constituencies leave one party but do not join the other party. Instead, they become free-floating independent voters and voting blocs. It is useful to borrow the concept of dealignment from domestic politics and apply it to world politics (Gerald Holden used the term in a different sense, applying it to European politics in the Ronald Reagan era in Dealignment: A New Foreign Policy Perspective in 1987).

Dealignment, in the sense in which I am using the term, is different from “nonalignment” during Cold War I. During the previous cold war, the nonaligned nations included many Latin American countries as well as recently-decolonized countries like India and numerous African states. These diverse countries at least pretended to form a nonaligned bloc, the Third World, distinct from the U.S.-led First World alliance and the communist Second World. There was even a formal Non-Aligned Movement, which brought together countries as dissimilar as Egypt, India, Ghana, and Yugoslavia, a communist dictatorship estranged from the Soviet bloc. Many weak developing countries sought to combine in order to pressure both the American and Soviet blocs to accede to their collective demand for a New International Economic Order. Unlike the nonaligned nations of Cold War I, however, the dealigned nations of Cold War II are likely to seek their own national interests separately, rather than to view themselves as part of a third bloc equidistant from both the United States and China.

International relations scholars distinguish a strategy of “hedging” from strategies of “balancing” and “bandwagoning.” Hedging strategies may take seemingly opposite forms like trading with both China and the United States and, on the other hand, maximizing national autarky. In practice, for medium-sized and small powers, a seemingly paradoxical combination of partial economic integration and military relations with both the United States and China, combined with a degree of partial self-sufficiency in basic military and economic sectors, may make the most sense.

In an age of dealignment, the more powerful countries of the second and third rank can hedge their bets by trying to create their own modest military spheres of influence and regional economic blocs. Russia has tried to maintain its hegemony within the post-Soviet space by waging limited wars in Georgia and Ukraine to prevent their incorporation into NATO or the European Union. At the same time, Russia has sponsored the Moscow-centered Eurasian Economic Union, a trade bloc it controls on much of the former territory of the USSR.

President Recep Tayyip Erdogan’s regime is similarly trying to increase the relative power and autonomy of Turkey, at the price of antagonizing its neighbors and other members of the NATO alliance to which it belongs. For other countries as well, dealigned strategies that include bids for regional military and economic hegemony may be more attractive than realignment, that is, choosing to side either with China or the United States in Cold War II.

Dealignment is incompatible not only with realignment but also with “alignment”—that is, legacy membership in established collective security alliances. NATO, established to prevent the USSR from intimidating or invading Europe, lost its rationale when the Cold War ended and the Soviet Union dissolved. In the Iraq War of 2003, the United States was opposed by some NATO members such as Germany and France while supported by others including Britain in an improvised “coalition of the willing.” Today, two NATO members, Turkey and France, are on opposite sides of a proxy war in Libya, a state destroyed by the Obama administration and NATO in the 2011 war of regime change against the Libyan dictator Muammar el-Qaddafi. Meanwhile, long-simmering tensions between Turkey and Greece, both NATO members, have heated up. NATO may be an alliance on paper only, as a result of dealignment in Cold War II.

IF TODAY’S Sino-American Cold War persists, other U.S. alliances may snap or wither away. The rise of China has set off far more alarms in Tokyo than in Berlin, whose leaders tend to view China not as a significant security threat, but as a large and growing market for German exports of goods and services. Under Angela Merkel, Germany has carried out a hedging strategy with respect to Russia as well, supporting the continued presence of U.S. troops on German soil even as German firms engage in profitable business with Russia, the supposed threat.

During Cold War I, the possibility that the Soviet Union would actually invade and conquer Japan and West Germany was never the most realistic threat. The major threat was “Finlandization.” The term referred to the danger that Japan and West Germany, the second and third largest industrial nations, would, like Finland during the Cold War, appease Moscow in foreign policy. Economic powers like West Germany and Japan might have strengthened the Soviet economy and, indirectly, its military power, through trade, investment, and technology transfers, while retaining their nominal independence, capitalist systems, and relatively conservative social orders. If America’s allies in Cold War I had been Finlandized in this sense, those allies, through trade and investment, could have built up the Soviet military-industrial complex, without a shot being fired—indeed, even as U.S. military bases remained on their soil.

A similar question can be asked about America’s formal and informal East Asian military allies, both old, like Japan and South Korea, and new, like Vietnam. As China’s economy grows, driven by rising per capita income rather than rising population, so will the economic opportunities provided by access to China for firms among its East Asian neighbors, along with the penalties for opposing China’s regime, whatever form it may take in the future. According to the consulting firm PwC, Japan—the fourth-largest economy in the world in 2016—may sink down to eighth in 2050, under China, India, the United States, Indonesia, Brazil, Russia, and Mexico. Will a much smaller Japan, highly integrated with a much bigger Chinese economy, remain part of an alliance to balance China a generation or two from now? In 2050, the gap between China’s economy and Japan’s may be greater than that between the economies of the United States and Mexico. By that time, Sino-Japanese trade may be much higher than American-Japanese trade. In the medium to long run, it is difficult to imagine that the deepening enmeshment of China’s neighbors with China’s economy will not render their military alliances with the United States moribund.