The Trick to Challenging China in the Post-Trump Era 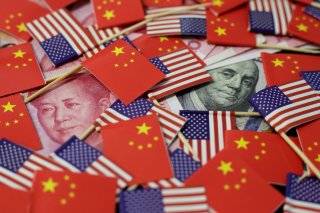 The Biden White House released its “Interim National Security Strategic Guidance” in early March 2021. The INSS Guidance lays the foundation for President Joe Biden’s foreign policy vision and his administration’s mission to reverse the course sustained over the past four years of former President Donald Trump’s administration. In the guiding document, Biden stated that his predecessor brought the United States to an “inflection point.” He noted that the Biden administration must reverse in order to “succeed in advancing American interests and upholding our universal values.”

Indeed, the American republic had a series of inflection points ranging from its founding to the Civil War—flaring more dangerously during the two World Wars and the ending of the Cold War—until now in the aftermath of the consequential Trump presidency with its evangelical foreign policy and “America First” tendencies in international affairs. From the withdrawal of the Paris Climate Agreement to the alienation of America’s friends and allies around the world to the mishandling of the coronavirus pandemic, Biden is being forced to spend a precious amount of his first one hundred days picking up broken glass rather than building upon the success of a previous president who might have had national interests and democratic values as his priorities.

Significantly, one policy that remains largely intact—and is unlikely to deviate much from the Trump administration—is Biden’s China strategy. Undeniably, the Trump White House and U.S. Congress charted a new foreign policy framework to guide the most significant and vital bilateral relations with China in President Xi Jinping’s era. In all this, if there had been any doubts about Biden’s China policy reverting back to the period when Barack Obama was president, the INSS Guidance has all but put that to rest. Moreover, the guidance highlights the strengthening of “our enduring advantages” in the United States from a “position of strength” in its economic and political foundations and the network of alliances and partnerships in Europe and Asia.

Over the course of the past few years, American policymakers have had little to agree on a nonpartisan legislative agenda. However, one thing that appears to have bipartisan support is Taiwan—a democratic island-nation claimed by the Chinese government as a “breakaway province” that will eventually be unified “by force” if necessary, Xi has assured. Regarding the democratic nation, former Trump often dismissively compared “Taiwan to the tip of his Sharpie pen and China to his Resolute desk,” suggesting a complete lack of historical knowledge of the island’s geostrategic significance as an “unsinkable aircraft carrier” to the United States in the Indo-Pacific region. Yet, his National Security Council and the U.S. Congress have proven to be far more supportive of Taiwan than the previous administrations. In fact, American policymakers have introduced “thirty-two” bills in the 116th Congress (2019–21) related to Taiwan alone, nearly as many as the previous four legislative sessions combined.

Biden will not likely retreat from this congressional policy position on Taiwan. He clearly stated in his INSS Guidance that “we will support Taiwan, a leading democracy and a critical economic and security partner, in line with longstanding American commitments. We will ensure that U.S. companies do not sacrifice American values in doing business in China. And we will stand up for democracy, human rights, and human dignity, including in Hong Kong, Xinjiang, and Tibet. On all these issues, we will work to forge a common approach with like-minded countries.”

For all its moral pronouncements, however, Beijing has learned that the West actually has a remarkably high tolerance for turning a blind eye to China’s questionable domestic policies such as human rights when it comes to the allure of its market size. The continuing tactics that make countries selectively choose tradeoffs between human-rights abuses in places like Xinjiang and Tibet for market access are hardly surprising. This is an old trope that is nearly as old as when the U.S. Senate voted to give China permanent Most Favored Nation (MFN) status in September 2000, paving the way for Beijing’s membership to the World Trade Organization (WTO).

The Power of Business Interests

Until the period of Deng Xiaoping’s economic reform and market opening in 1978, China had not always been in favor of doing business with the outside world. In the decades after World War II, Chairman Mao Zedong took pride in the fact that China had survived while cut off from most of the outside world. Hostility toward business with foreign companies was so powerful that China’s leading newspaper, People’s Daily, called its own Ministry of Trade the “Ministry of National Betrayal.”

Conducting business with China was made more attractive by the WTO following the opening-up policy and Washington granting Beijing MFN status. The post “Tiananmen Square” bloody protests environment of 1989 revealed for China precisely where American priorities lay between business deals and human rights. In this context, when the MFN status was (and still is) subject to an annual review, the process became a “political football” as it gained salience during the U.S. presidential campaign in 1992. Then Democratic Candidate Bill Clinton not only accused Republican President George H. W. Bush of “coddling” the Chinese government but also referred to the Communist Party of China (CPC) as the “butchers of Beijing.”

The moralpolitik of the Democratic presidential campaign rhetoric, however, was short-lived. President Bill Clinton’s priority was getting the U.S. economy moving again and intense lobbying from General Electric, Weyerhaeuser, and various other industries pressed the Clinton administration to focus the MFN debate away from the issue of human rights—and toward corporate business. Predictably, this was aided and abetted by Chinese officials who had provided some well-timed expressions of interest in placing large orders with U.S. corporations such as AT&T and Boeing. In the end, the intangible benefits of human rights would lose to the tangible benefits of American commercial interests. Clinton was forced to delink the issue of human rights and eventually extended China’s MFN status.

The needle on human rights under Xi has moved backward. This observation has not been lost on Europe either, where China’s position has been equally intractable while advancing Xi’s commercial vision beyond the United States. Pressed on the issue of human rights by the President of the European Council Charles Michel in September 2020, Xi purportedly replied that “we don’t take any lectures,” adding that “nobody has a perfect record.” This came at a time when the recent European Union (EU) policy paper had described China as a “systemic rival.”

Despite this knowledge, the EU nonetheless went ahead and pushed through the Comprehensive Agreement on Investment with China in December 2020. In signing this accord, China had to agree to a vague language of making “continued and sustained efforts to ratify” the International Labor Organization’s “fundamental Conventions on forced labor.” The EU congratulated Beijing for agreeing to “ambitious provisions on sustainable development,” including commitments on forced labor and other ILO Conventions.

No doubt, China viewed the EU investment deal as a “diplomatic coup” after the trade wars with the United States, allowing Beijing to drive a wedge between Washington and its European allies. However, after the last four years of the Trump presidency, Europeans are understandably reluctant to alienate China as the EU no longer feels that it can readily rely on the trans-Atlantic alliance. Given the margins by which Biden won the presidential election, there is no guarantee that another Trump-like figure will not emerge. After Biden’s “America is back” speech to the G-7 leaders and the Munich Security Conference in Germany on Feb. 19, 2021, a German defense official questioned, “who’s to say we won’t end up right where we were four years from now?”

Under Trump, the EU accelerated its new course for “strategic autonomy.” During this time, China also became an attractive game-changer for individual countries, as Greece and Italy have demonstrated, especially when collective EU negotiations ended in failure. Moreover, having NATO’s traditional foes like Russia as the source of EU division and Brexit, the Biden administration will likely be challenged by fragile “strategic autonomy” in the post-coronavirus economy. In this conundrum, Europeans may overlook their collective reluctance and favor individual long-term investment and trade relations with China.

Is it the Economy, Stupid?

In the decades since Deng’s opening up, China’s gross domestic product growth rate has averaged nearly 10 percent annually, while lifting more than 850 million people out of poverty. In February 2021, Xi celebrated “complete victory” for the lifting of another 100 million people from rural poverty (out of 1.4 billion population) to mark a signature initiative of his eight-year tenure that coincided with the 100th anniversary of the ruling CPC. The World Bank reported that China has now reached an “upper-middle-income country” and the world’s “second-largest” economy.

This increasing wealth—in domestic consumption and foreign investment measures—is also enabling China not only to adopt an aggressive foreign policy as it attempts to emerge from the hundred years of national “humiliation” but also to overturn international norms, creating its own rules more aligned with the long-term interests of the CPC. These include Beijing’s Nine-dash-line claims in the South China Sea, the aspiration of sovereignty over Taiwan (which Beijing has never exercised), and Beijing’s policies over human rights in Hong Kong, Tibet, and Xinjiang. Simply, China does not believe that Beijing is obliged to “play by the world’s rules” established by the current Bretton Woods international system that did not address Chinese interests and concerns during the development of the existing global order.