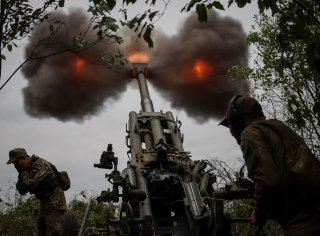 EVEN BEFORE the Russo-Ukrainian War, confusion prevailed among those sketching where an untethered international political system was headed. Early on, the argument was over its changing structure: no longer unipolar, was it becoming genuinely multipolar or, as Samuel Huntington argued, “uni-multipolar,” sharing elements of both, or, as Council on Foreign Relations president Richard Haass had it, simply non-polar?

Gradually the focus shifted to the uncertain fate of the “liberal international order,” which, for hardened realist theorists like John Mearsheimer and Stephen Walt was always something of an illusion, one exposed by the resurgence of great-power politics. For others such as Robert Blackwill and Thomas Wright, the post-Cold War order led by the United States was dissolving into “a model in which many countries choose their own paths to order, without much reference to the views of others, both near and far.” For protagonists of the liberal international order, like John Ikenberry, it remained in place but under assault, less by its Russian and Chinese challengers than by the failure of its democratic architects to protect it. Most Western analysts saw it as a combination of the two: the threat posed by Russia and China to a “rules-based international order,” coupled with the growing incapacity of democratic governments to deal with core problems at home and abroad. For Russian and Chinese thinkers, the liberal international order was a conceit of a U.S.-led West now crumbling as other states gained power and asserted their interests—or as a Chinese saying put it, “the East is rising, while the West is declining.”

But what if the dominant feature of international politics in the decades ahead turns out to be two interlocking cold wars in a new bipolar world? One is already in place. The United States and Russia have been in a new cold war since the eruption of the Ukrainian crisis eight years ago. Initially, unlike the original Cold War, it was not driven by ideological animus, did not unfold under the shadow of nuclear Armageddon, and did not engulf the entire international system—but it shared other critical characteristics.

Similar to the early Cold War period, the capacity for introspection disappeared after 2014, and each side held the other entirely responsible for the collapse in relations. Then, as before, each believed the underlying cause of the conflict arose not out of a friction-filled interaction, but from the disposition of the other side—not as a conflict of interests, but of purpose. Thus, both countries assumed the situation could change only with a fundamental shift in the character of the other side’s leadership or, at a minimum, a fundamental reorientation of its foreign policy. Agreements such as on the removal of Syrian chemical weapons or on preventing dangerous incidents during the two countries’ air operations in Syria were treated by both nations as one-offs and merely transactional. Neither pursued small steps towards a potentially cumulative transformation of their current trajectory.

The failure of analysts and policymakers on both sides to recognize this qualitative change in the relationship from the decade before, when, given the ups and downs after NATO enlargement, neither was quite sure whether the other was friend or foe, had two significant consequences. First, after the demise of the Soviet Union, neither Moscow nor Washington had ever fully responded to—perhaps even recognized—the larger stakes in the relationship, but as they sank into their new cold war, they forfeited the chance to even respond.

Having failed to exercise leadership in creating a regime stabilizing a new multipolar nuclear world, they had now lost the will and capacity to manage their own increasingly complicated nuclear relationship. Six years after 2014, the only remaining piece of the patchwork nuclear arms control regime created over the previous fifty years was the imperiled New Strategic Arms Reduction Treaty, and whether it could be saved, or a follow-on agreement be reached, seemed bleak.

A Europe “whole and at peace”—indeed, a “Euro-Atlantic security community stretching from ‘Vancouver to Vladivostok’”—a goal that national leaders from all fifty-six Organization for Security and Cooperation in Europe (OSCE) countries had reaffirmed at their summit in 2010 had largely faded by 2014. In the new U.S.-Russian cold war, this sentiment became a risible fantasy, as the two sides removed guardrails and fortified their military forces along a new Central European front stretching from the Arctic to the Black Sea.

Strategies on how the two of the four largest greenhouse gas-emitting states might work together to mitigate the threats from climate change, particularly in the Arctic, went unexplored. Moreover, any hope that Moscow and Washington might find it better to cooperate in dealing with the rising tensions between the United States and China, rather than exploit them against each other, vanished.

Second, qualities shared with the original Cold War closed minds in Moscow and Washington in ways that significantly aided the descent into the current Ukrainian catastrophe. Neither side any longer tried very hard to understand the concerns driving the other side’s behavior. Neither any longer thought it worthwhile, as they had after the 2003 Iraq War, to explore where their basic interests in a critical instance, such as the Ukrainian crisis, could be reconciled and where not. If there had been a way to avoid the current crisis, it is important to understand why and how their renewed Cold War mindsets obscured it.

Vladimir Putin’s tragic roll of the dice, however, has pushed the new U.S.-Russian cold war to a qualitatively deeper level. Initially, the Biden administration’s strategy for dealing with Russia reprised a venerable Cold War approach tracing back to the 1967 NATO Harmel Report: “deterrence” combined with “détente.” It was, as administration spokesmen described, “holding Russia to account when its actions threatened the interests of the United States or its allies,” but, at the same time, pursuing cooperation in areas of mutual interest, such as nuclear arms control and climate change.

February 24 blew up that strategy. The administration has replaced it with a multilateral campaign preoccupied with weakening and isolating Russia. Secretary of Defense Lloyd Austin has underscored, “We want to see Russia weakened to the degree that it can’t do the kinds of things that it has done in invading Ukraine.” This shift in strategy is meant to remain for as long as Putin holds power. Sanctions won’t be lifted. NATO, having added Finland and Sweden, will further fortify its defenses. Russia will be excluded, where possible, from international fora and institutions.

The war in Ukraine also diminished the differences between the old and new cold wars. As the crisis deepened, Putin’s loose but menacing talk about Russia’s nuclear options has revived fears from an earlier era. And as the repression within Russia mounts and Putin and his closest advisors drum with growing passion on, as they claim, the alien, desiccated values guiding the United States and other Western societies, the cultural chasm separating East from West parallels the ideological animosity of the Cold War. The only remaining distinction between the two cold wars is that of scope. The first Cold War left no part of the world untouched and no country free from the force field of the U.S.-Soviet competition. China, however, wants no part of the new U.S.-Russian cold war, and, as their positions on the Russo-Ukrainian War demonstrate, India, Brazil, and most of the Global South are also standing at a distance.

A U.S.-China cold war, as during the original Cold War, would engulf and reshape the entire international system—its institutions, alliance structures, economic flows, and zones of conflict. The two countries are not yet at this point of confrontation. Their intensifying rivalry does not, for now, share the characteristics of either the original or the new U.S.-Russia cold wars; but, unless trends are consciously redirected, that is where they are headed.

On the U.S. side, gone are the fears that treating China as an adversary would, in turn, make it one. Now, U.S. defense planners speak freely of the military threat that China has become. Indeed, as the Pentagon puts it, China is now “our most consequential strategic competitor and the pacing challenge” guiding U.S. defense plans and force development. “China’s nuclear and conventional armed forces,” according to Adm. Charles Richard, the former head of the U.S. Strategic Command, have achieved “a strategic ‘breakout’” that has “altered the global power balance.” This shift in tone is palpable with each new leap in Chinese capabilities: news that China is building 230 new ICBM silos prompted warnings that China is on a pace to match U.S. forces by 2030. The surprise test of a hypersonic missile that circled the globe and struck within thirty miles of its target—“close to a Sputnik moment,” in the eyes of Mark Milley, the chairman of the Joint Chiefs of Staff—stirred alarm that China had surged ahead in a variety of key military technologies, including in space and cyberspace.

China, for its part, makes plain that its military ascendency not only embodies the country’s return as a great power but that it also serves as a response to what it sees as an increasingly aggressive U.S. foreign policy. Chinese experts suggest that the sudden spurt in China’s nuclear program has several potential explanations—all of them driven by perceived growing U.S. hostility. This development, some say, is intended to create a sense of mutual vulnerability forcing the United States to accept China as it is and desist from its “ideological” campaign against the way China chooses to govern itself. Others see an intrinsic military motive. The U.S. emphasis on developing usable nuclear weapons for “limited nuclear options,” they say, leaves China no choice but to follow suit, if China’s military options in a war with the United States are not to be degraded.