The United States Must Be Realistic on Taiwan 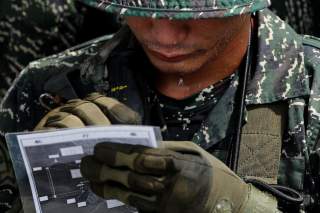 It feels surreal to rehash the “Who lost China?” debate from nearly seventy years ago, but here we are yet again deliberating the future of Taiwan and its role in U.S.-China relations and in U.S. defense strategy more broadly. Watching the rapid meltdown of the incompetent and unpopular Nationalists in the Chinese Civil War, President Harry Truman made the correct decision to extricate the United States from that civil war. On January 5, 1950, he made a speech (discussed at length in the classic book Useful Adversaries) that cited the Cairo Declaration and explained that “the United States would neither intervene militarily in the Taiwan Straits nor provide military assistance to combatants in the Chinese Civil War.”

Some Americans have evidently not changed their views much since the 1950s and remain blissfully ignorant of both the relevant history and, even more disturbingly, of the rapidly shifting military balance in the Asia-Pacific region. These problems are at the heart of Gordon Chang’s recent critique of my mid-July piece in this forum entitled “Storm Clouds Gathering in the Taiwan Strait.” Chang’s piece is long on ideological zeal and short on facts, but what makes his writing so disturbing is how he tiptoes around the inconvenient reality that a Taiwan war could cost the lives of thousands (or hundreds of thousands) of American servicemen and women. It is not even far-fetched, moreover, to suggest that such a conflict might well involve the exchange of nuclear weaponry against homeland targets (and yes, well beyond Hawaii to cover the entire southeastern United States). As I reported in my original Taiwan piece, Beijing recently announced the tenth successful test of the DF-41 MIRVed mobile ICBM—and that one just happened to deploy a BMD-evading hypersonic warhead.

Chang and I do somehow agree on a few things, however. We are evidently in agreement that “… war can start over Taiwan.” We both apparently assess that “… the People’s Republic [of China is not] … the Third Reich …” Our geographical reckoning is likewise similar enough that he does admit that Taiwan is indeed “on the other side of the planet.” He even concedes that “At one time, the leaderships of the People’s Republic of China and the Republic of China were linked by the same race, culture, and language.”

The last point is actually a rather powerful statement, considering that identities are not “constructed” overnight (even allowing for their considerable malleability). Indeed, that fact of history flies in the face of Chang’s bizarre claim that the Taiwan issue is not a “family quarrel” as I put it in the penultimate line of my original piece. Indeed, he reveals what many Taiwan nationalists would like to cover up and what few Americans seem to know: that to the present day, “… Taipei formally maintains it is the legitimate government of China.” Chang’s claim that this is not a “family quarrel” is nonsensical based on his own candid admissions. One may sympathize with the aspirations of the people of Taiwan to control their own destiny, of course, but the polls Chang cites cannot change the above facts of modern history.

And yet since the vast majority of Americans are completely unfamiliar with Taiwan history—quite understandably given it’s on the other side of the planet—let’s review a few basic points that are always omitted from standard pro-Taiwan independence polemics, such as Chang’s. After Ming remnants fled to Taiwan in the mid-seventeenth century, the ascendant Qing dynasty invaded the island and solidified Chinese rule in 1683. In other words, Beijing formally ruled Taiwan for almost a century before the American Revolution. That makes for a rather strong historical claim. Speaking of historical claims to territory, Americans probably do not want to delve too deeply into the details surrounding certain American annexations like Hawaii. It’s best to probably leave those bones where they are buried.

In 1895, not many years after the Chinese government designated Taiwan as its own province (separate from Fujian Province), Japan conquered the island. As a colony of Tokyo, many Taiwanese tragically fought and died for the losing Japanese side in the Pacific War. The bottom line, as our great President Harry Truman realized and stated unequivocally in early 1950 (see introduction), is that the Cairo Declaration is very clear: all territories conquered by Japan should be returned to China—including explicitly the island of Taiwan (then called Formosa). Of course, many in Japan (and more than a few in Taiwan) have nostalgia for the “good old days,” and a hint of this is indeed revealed in Chang’s critique when he states: “There are Japanese islands south of Taipei, and on a clear day one can see Taiwan’s mountains from Japanese soil.” While Japanese nationalists may sigh with emotion at such florid descriptions, Americans are rightly skeptical. What about all the Americans who suffered grave atrocities at Japanese hands and have never seen any kind of justice? Japanese nationalism and related threat inflation tendencies are unlikely to stir Americans to take massive risks for Taiwan. Then again, there is the other inconvenient fact of geography that the main islands of Japan (e.g. Kyushu) are some 700 miles northeast of Taiwan, and the soil Chang mentions with such reverence (Ishigaki island) amounts to barely a speck.

Perhaps Henry Kissinger also understood the stark fact of the Cairo Declaration when he went about the arduous but nonetheless vital process of dismantling the U.S. relationship with Taiwan during the 1970s in an effort to open formal diplomatic relations with the PRC. To conclude this historical discussion, Americans need to realize that, given Truman’s clear decision not to intervene, it was only the actions of North Korean leader Kim Il-sung in June 1950, of course, that made Taiwan into a semi-permanent protectorate of the United States. If not for that decision by Pyongyang, Taiwan’s fate would have been similar to Hainan—another sizable Chinese island.

Attempting to muster the argument behind the assertion that Beijing is incorrigibly aggressive, Chang goes through the usual litany of complaints. He baldly asserts that China committed an “act of war” in 2009, ejected the Philippines from a contested shoal in 2012, and poached a U.S. Navy drone in 2016 (that was promptly returned). Like a good lawyer, Chang bangs his fist about the Hague arbitration decisions regarding the South China Sea, but together with most neoconservatives he seems oblivious to more than a few legally dubious American practices that are sadly routine. Strangely missing from Chang’s list off Beijing’s “evil deeds,” of course, has been China’s creation of several massive reef bases in the South China Sea. Putting environmental costs aside (that might be considerable), however, the strategic import of these bases seems quite minimal since the runways and hangars could be destroyed easily with precision munitions. But the most neglected facts in Chang’s brief are that Beijing has wielded very considerable restraint—not resorting to a major use of force in almost four decades. Moreover, its one substantial military base to date overseas (Djibouti) is parked right next to bases belonging to the United States, Japan, and France. Like many others in the “Blob,” Chang is quite obviously in the business of threat inflation. And militarized rivalry is certainly good business for arms manufacturers, myriad DC think tanks and cable news too.

For Chang, it is merely sufficient that the “Taipei Economic and Cultural Office in New York notes the United States and Taiwan share values.” He asserts that Taiwan must form a “core interest” of the United States because “China’s rulers … have launched an assault on everything not both communist and Chinese.” Yet he does not seem to realize that Wilsonian bromides have long ago lost their appeal for Americans. Does he actually think that neoconservative principles will have great success in the Asia-Pacific after leaving the Middle East in the flames of war and chaos? Does he really believe that U.S. foreign policy is all about democracy when some of Washington’s very best friends include serial human rights violators like Saudi Arabia, Egypt, Philippines and Vietnam? Only a generation ago, Americans were told it was necessary to fight in Vietnam to prevent Chinese Communist expansionism. Does Chang think Americans will fall for that one again in even more dangerous circumstances?

Besides the usual platitudes about supporting democracy and relying on deterrence, Chang offers no specific policy prescriptions. He seems also to be willfully clueless regarding the military balance. There is no mention of China’s new destroyers and submarines, its exceedingly rapid advancements in aircraft technology to include a new stealth bomber, and the steady deployment of missiles that sometimes now exceed U.S. capabilities. Ongoing DF-41 deployments were mentioned at the outset of this piece. Most disturbing in Chang’s ignorance of military strategy, however, is the failure to grasp the most basic principle of strategy: interior and exterior lines. Any military strategist will agree that operating on interior lines in a Taiwan scenario affords Beijing with an extraordinary (and likely decisive) advantage over American forces that would have logistics trains stretching over thousands of miles. Taken together, rapid PRC military modernization and interior lines spell an end game for Taiwan. Chang advocates taking new risks, but seems to be unaware of the consequences if his risky ventures turn out badly with a (nuclear) war. Of course, he’s not just risking very large numbers of American lives, but Taiwan (and mainland Chinese) lives too, obviously. One has to wonder, moreover, how it is that an island under such a grave alleged threat from the Mainland cannot see fit to spend more than 2 percent of GDP on defense. It seems obvious that Taiwan itself does not take the threat seriously or alternatively wishes to defray its defense burden onto Americans—a pattern that is both regrettable and also completely unrealistic.