The U.S. Economy Will Decide the Midterm Elections 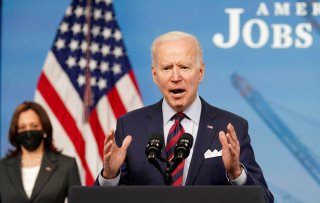 Bill Clinton was fond of saying that when it came to elections it was the economy, stupid.

Judging by his unusually large budget stimulus package so early in his Administration, it would seem that Joe Biden does not subscribe to Clinton’s view. While to be sure Biden’s budget stimulus promises to deliver this year the U.S. economy’s best growth performance in the past fifty years. It also risks being followed by a nasty economic hangover in the run-up to next year’s November midterm congressional elections.

It would be a gross understatement to say that Biden can ill-afford any setback in next year’s midterm elections. With a slight Democratic majority in the House and an evenly split Senate, the most minor of electoral setbacks next year could render Biden a lame-duck president in the remainder of his four-year term. It could do so in much the same way as Barak Obama’s shellacking in the 2010 midterm elections rendered him a lame duck in the remainder of his presidency.

Experience suggests that electorates have short memories. When it comes to the 2022 midterm elections, voters will not be guided by the state of their economic well-being in 2021. Rather, they must be expected to be guided by how they perceive their economic state at the time they cast their votes. This makes the timing of Biden’s economic stimulus all the more difficult to understand from a longer-run political vantage point.

In gauging, how Biden’s budget will likely impact the U.S. economy over the next two years, it is well to recall that his budget initiative will result in the U.S. economy receiving as much as 13 percent of GDP in budget stimulus in 2021, or its largest peace-time such stimulus on record. This stimulus will be coming at a time that the U.S. economy is already recovering, the Federal Reserve still has its pedal fully to the metal, and there is a considerable amount of coronavirus-related pent-up demand in the economy.

The political good news for Biden is that this ultra-easy mix of fiscal and monetary policy is likely to produce the mother of all economic booms in the remainder of this year. The political bad news for Biden is that this boom is likely to lead to considerable economic overheating as we enter next year. Indeed, with the Congressional Budget Office estimating that the U.S. economy is presently operating at only 3 percent below its potential, it is difficult to see how with all the policy stimulus it is receiving, the U.S. economy will not be operating considerably above its potential as we enter 2022.

If inflation were to rise in a manner that threatened the Federal Reserve’s 2 percent inflation target, the Fed would have little option but to raise interest rates. That could be particularly problematic for both the U.S. and global economies since such Fed tightening would be occurring in the context of a global everything asset price and credit market bubble. Not only are U.S. equity valuations at lofty levels similar to those prevailing on the eve of the 1929 stock market crash. Risky emerging market and highly leveraged corporate borrowers can still borrow at interest rates not much higher than those at which the U.S. government can borrow.

Today’s asset price and credit market bubble are premised on the assumption that interest rates will stay indefinitely at today’s ultra-low levels. The real political risk for Biden is that his overly expansive budget policy might cause these bubbles to burst in the run-up to the midterm elections as a consequence of the Fed interest rate increases his budget policy invites. Considering that today’s global everything bubble is very much larger and more pervasive than the 2008 U.S. housing and credit market bubble, its bursting could have very untoward consequences for the U.S. and global economies.

All of this would suggest that after acting in haste by rushing through his overly expansive budget stimulus so early in his administration, Biden might spend the two years after next year’s midterm elections repenting at leisure.