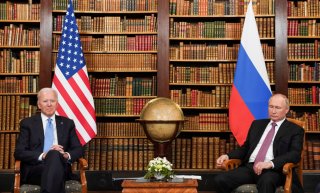 Western leaders are right to condemn Russia’s illegal war of aggression against Ukraine, as well as any war crimes that Russia has committed. However, Western leaders should not delude themselves into believing that Russia’s invasion was entirely unprovoked. The inconvenient truth is that the invasion would most likely have been averted had the United States and NATO issued a written guarantee in January that Ukraine would never be admitted to NATO coupled with U.S. support for the full implementation of the Minsk II agreement. Given continued French and German opposition to Ukraine’s accession to NATO, such a concession would have essentially amounted to an admission of fact, which could have been issued at no cost by the United States or its NATO allies.

The origins of the Russo-Ukrainian War were best summarized by one of America’s premier foreign policy theorists, John Mearsheimer, who recently concluded that “the United States is principally responsible for causing the Ukraine crisis…The tragic truth is that if the West had not pursued NATO expansion into Ukraine, it is unlikely there would be a war in Ukraine today and Crimea would still be part of Ukraine.” Mearsheimer noted that “Russia is acting the same way that we [the United States] would in their position” before arguing that Russia’s war aims in Ukraine are to make it a permanently neutral buffer state to minimize the threat of continued NATO expansion along Russia’s borders, thus returning Ukraine to the pre-2014 status quo. If the tables were turned and a successionist Republic of Texas was hosting over a thousand Russian and Chinese troops, engaging in joint military exercises with them, and trying to join their military alliance, does anyone seriously believe the United States would not have invaded Texas to enforce the Monroe Doctrine?

The West is morally justified in imposing severe economic sanctions on Russia and sending arms to help Ukraine defend itself. However, the degree to which the United States and NATO are straddling the line between engaging in a proxy war and in a direct confrontation with Russia is increasingly precarious. For example, the United States has helped Ukraine kill thousands of Russian soldiers along with a dozen Russian generals, and sink Russia’s Black Sea flagship by sharing actionable intelligence.

These actions constitute acts of war against Russia that no American president would tolerate if the situation were reversed. Yet, Congress has not issued a declaration of war to authorize these policies. In a recent New York Times essay, Bonnie Kristian, a contributing fellow with the think tank Defense Priorities, asked:

“Are we at war in Ukraine? If we swapped places—if Russian apparatchiks admitted helping to kill American generals or sink a U.S. Navy vessel—I doubt we’d find much ambiguity there. At the very least, what the United States is doing in Ukraine is not not war. If we have so far avoided calling it war, and can continue to do so, maybe that’s only because we’ve become so uncertain of the meaning of the word.”

Andrew Badger, a former Defense Intelligence Agency case officer who recently ended a congressional campaign, warned that Putin may already be plotting the right time and place to retaliate against the United States in response to Washington’s undeclared war against Russia in Ukraine. He predicted that if the United States gets into another war, including against China, “we can expect the Russians to support the other side. They won’t ever forget” what we have done to them and that they would “definitely help China in a war [against us]. They’ll want revenge.”

As I stated in a recent interview, I believe that the Biden administration’s undeclared proxy war against Russia in Ukraine is a strategically bankrupt policy. President Biden’s efforts to expel Russian forces from Ukrainian territory, destroy Russia’s ability to wage offensive war, collapse the Russian economy, and enact regime change in Moscow are unrealistic and unattainable. Furthermore, it is driving Russia into an even closer alliance with China at a time when the United States should be striving to improve relations with Moscow and neutralize its ever-deepening military alliance with Beijing.

Furthermore, the increase in U.S. land, air, and sea assets sent to Europe to reinforce NATO’s eastern flank have undermined the focus of Biden’s Interim National Security Strategic Guidance to counter, contain, and deter potential Chinese aggression in the Indo-Pacific. From a strategic perspective, America’s proxy war in Ukraine is, to quote Gen. Omar Bradley, “the wrong war at the wrong place, at the wrong time and with the wrong enemy”, which makes it all the more imperative that U.S. leaders act to end it as swiftly as possible.

Accordingly, it is important that U.S. policymakers exercise more strategic empathy for Russia to better understand the reasons why Putin chose to invade Ukraine in the first place. By doing so, they would be more willing to help mediate a negotiated peace agreement ending the war as soon as possible, on terms likely to be acceptable to both parties. The main focus of Western efforts to assist Ukraine should not be to help it fight a perpetual and increasingly costly war with no realistic hope of victory but to support an agreement that permanently resolves all existing disputes between Russia and Ukraine while ensuring Ukraine’s political and economic independence and security against potential future Russian aggression.

U.S. policymakers can look to historical examples of great power intervention in the western hemisphere to better understand Russia’s insecurities about Western encroachment into its historical sphere of influence. In April 1917, for example, the United States declared war on Imperial Germany after German U-boats sank U.S. merchant ships and sent a letter to Mexico offering its support if Mexico City wanted to retake Arizona, New Mexico, and Texas if the United States declared war on Germany. Tragically, the U.S. entry into the war resulted in exactly the kind of crushing and humiliating defeat of Germany that President Woodrow Wilson had wisely sought to avoid with his January 1917 “peace without victory” speech. The failure to ensure a “peace without victory” led to the rise of communism and Nazism, and another global conflict four times deadlier than the first. If U.S. policymakers put themselves in the shoes of Russian leaders to see the world through their eyes, they likely would be much more willing to urge both sides to negotiate a Wilsonian “peace without victory” compromise agreement. The objective of such an agreement would be to limit Ukrainian concessions in the Donbass region to the absolute minimum necessary and prompt Russia to withdraw its troops from most of Ukraine’s territory that it controlled before the war.

The most surprising thing about Putin is not that he was an irrational actor for ordering an illegal war of aggression and incurring the wrath of Western sanctions that have damaged Russia’s economy. Rather, it is that Putin has proven to be a rational actor who has acted with a surprising degree of restraint by waging a limited, rather than total war, against Ukraine, and refusing to engage in actions that entail significant risks to Moscow without a reasonably high probability of success. This demonstrable restraint has included refraining from ordering a general military mobilization, escalating the conflict from a “special military operation” into a declared war, and using nuclear, EMP, and cyber weapons to compel Ukraine to capitulate on onerous terms or systematically attack civilian targets to kill hundreds of thousands of Ukrainians and terrorize Kyiv into surrendering.

Presidents Franklin Roosevelt and Harry Truman demonstrated no such restraint when they firebombed and atomized Imperial Japan’s sixty-two largest cities, which killed hundreds of thousands of Japanese civilians, as part of a total war to force an unconditional surrender. Yet, the West has accused Russia of committing genocide, given that nearly 5,000 civilians have been killed since the war began. These Ukrainian civilian losses are very tragic but do not approach the death toll required to evidence a claim of genocide, particularly since many were likely due to inadvertent collateral damage during urban combat.  Categorizing civilian deaths as genocide will make it more difficult for Ukraine to negotiate a compromise peace agreement with Russia that could potentially save the lives of thousands of more Ukrainian civilians.

Russia and Ukraine were close to finalizing a peace deal in mid-April before U.S. and British leaders told Ukrainian president Volodymyr Zelenskyy to break off negotiations with Russia. Instead, Washington and London gave Ukraine a blank check of military support to help defeat Russia, and regrettably, peace talks have not resumed since. There are historical parallels to the abortive peace efforts between Russia and Ukraine. In his outstanding book, The Road Less Traveled—The Secret Battle to End the Great War 1916-1917, Philip Zelikow discusses the little-known fact that by August 1916, British, French, and German leaders wanted to end the war on mutually acceptable terms. Since they had no direct lines of communication after they had broken off diplomatic relations two years earlier, they solicited President Wilson to mediate peace negotiations. However, efforts to craft a compromise failed when Wilson could not get the British to agree to an armistice where Germany would give up territory in exchange for a peace conference. Although the United States was supplying much of the weapons and supplies sustaining the Allied war effort, Wilson didn’t use this financial leverage to force the British to make peace with the Central Powers.