The U.S. Post Office Is A Public Service, Not A Business 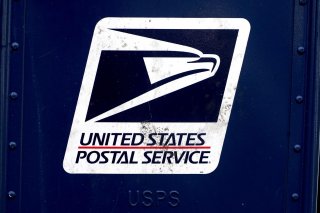 When Postmaster Louis DeJoy was appointed by former President Donald Trump last May, he immediately instituted many unpopular initiatives intended to help the United States Postal Service (USPS) become more fiscally sound. These initiatives, including cutting letter carrier hours and the removal of mailboxes and sorting machines, resulted in delays in delivery and generated political concerns about the potential impact on mail-in ballots. The USPS experienced dramatic delays in the delivery of packages and bills that continued during the holidays and into the New Year, with businesses alerting customers that there would be delays in packages and billing statements.

Still in office, Dejoy recently released a ten-year reorganization plan for the USPS that includes lengthening delivery times by as much as five days for some first-class mail, cutting the hours of some post offices, and increasing postal rates, with austerity as the solution to USPS’s challenges. The plan represents the largest cutback in services in a generation. Critics have noted that these initiatives may negatively impact small businesses (65 percent of National Small Business Association members use USPS over private shipping companies) and those individuals who rely on the USPS for prescription drugs or for financial documents, such as bills, paychecks, and stimulus checks—as well as the USPS workforce, which is disproportionately comprised of veterans and racial/ethnic minority employees.

However, the USPS is a service long beloved by the public. If anyone expected Trump’s sharp rhetoric or the declines in on-time delivery had a negative impact on how people view the USPS, then they may be surprised. As part of a nationally representative RAND American Life Panel (ALP) survey fielded in May 2020, more than two thousand individuals were asked about their perceptions of the USPS and other federal institutions. The survey found that the public had a very high level of trust in the USPS as an agency; at the time, it ranked just below the Centers for Disease Control and Prevention (CDC) but significantly above the Federal Emergency Management Agency, the Central Intelligence Agency, and Congress.

The same respondents were surveyed again in October 2020, after DeJoy’s initial changes were being implemented. That survey showed trust in the USPS actually went up, increasing significantly across the board—across political orientation, educational attainment, income, employment status, gender, race/ethnicity, rural/urban, and age. This occurred at the same time trust in the CDC plummeted (according to the same survey) as perceptions of the agency became increasingly politicized.

Why the counterintuitive result? It’s likely because many Americans feel a personal connection to the USPS; they rely on it daily for basic needs. Let’s not forget that U.S. protests last summer got many postal boxes returned and some sorting machine removal stopped. And with the coronavirus pandemic, people and businesses likely depend even more on the USPS now: package volume increased nearly 20 percent in 2020compared to 2019.

This suggests people know the USPS is an essential service to them. However, it may be even more essential than they realize. It is, in fact, the only mail and package delivery system that has a universal obligation to provide service to every delivery point in the United States, regardless of profitability. The USPS plays a central role in smaller and rural communities, where it often serves as an information hub, not just the sole postal center.

And the Postal Service continues to play an important role in “last-mile deliveries”—deliveries in which private courier services—like UPS and Amazon—contract with the USPS to deliver packages or items to a location beyond that courier’s delivery network where it is more cost-effective to use the USPS delivery network.

The USPS is also essential to public safety. A 2008 RAND study concluded from an analysis of such last-mile deliveries that the USPS’s safety and security screening was likely better than that of the originating private companies. Also, following major hurricanes, the Postal Service has been critical in helping identify those neighborhoods and rural areas hard hit by these disasters and relaying that information to federal and local responders. The USPS is identified as a support agency for eight of the fifteen Emergency Support Functions in the National Response Framework, which specifies how the nation responds to all types of disasters and emergencies. For example, the USPS is tasked with helping to distribute and transport medicine, pharmaceuticals, and medical information to those affected by a major disaster or emergency.

The bottom line is clear: the USPS is a popular essential public service, not a business, and it requires adequate funding to fully meet the diverse and valuable services it provides to individuals, businesses, and communities. It is currently required to pay for itself from the money it makes from postage and mail services, while still following a uniquely restrictive set of rules set by Congress, including the 2006 requirement to pre-fund health benefits for future Postal Service retirees. The American public broadly continues to support and value the Postal Service, despite its financial challenges. As Congress and the White House debate how to assist the USPS, it will be important to understand the impacts of proposed cost-cutting measures not only on mail delivery of vital services, on smaller and rural communities, and on low-income communities where last-mile delivery is especially important for residents, but also on the broader public safety and security functions USPS performs.

Lois Davis is a senior policy researcher and Michael Pollard is a senior sociologist at the nonprofit, nonpartisan RAND Corporation. Both are professors at the Pardee RAND Graduate School.