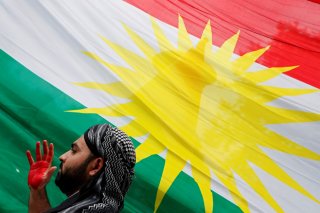 The world was stunned in mid-August when Afghan Armed Forces laid down their weapons in what the Washington Post reported as “a breathtaking series of negotiated surrenders” to the Taliban. In addition to feeling abandoned by the United States, these soldiers had reportedly been “badly paid, ill-fed and erratically supplied.” When assessing what went wrong, the focus should be on the lack of legitimacy of the Afghan government with the army and the people of Afghanistan. It was especially telling when reports surfaced of President Ashraf Ghani allegedly fleeing with cars and a helicopter full of cash, reinforcing the culture of corruption. Was this a government worth fighting for?

The U.S. Commission on International Religious Freedom (USCIRF), where I serve as chair, had warned about increased violence in Afghanistan during the first half of the year, before the U.S. withdrawal. In fact, our 2021 Annual Report stated that religious freedom conditions in Afghanistan last year “continued to trend negatively amid the country’s ongoing political instability.”

While USCIRF’s work is narrowly focused on religious freedom, religious freedom often proves to be a bell-weather for all freedoms. This was hardly a government that stood for the rights of the Afghan people, although at least there was space for activists and journalists working towards a better future. Now, the Taliban’s harsh interpretation of Sunni Islam is a grave threat to the entire country, especially religious minorities, women, and anyone with differing beliefs.

The stated goal of the United States pulling out of Afghanistan was to stop a “forever war.” However, the only way to stop a forever war is by holding the ground that was already won. That is done by building legitimate governance for its people and security sector. Even the greatest military in the world can’t do this for another country, although there is much that can be done from the outside to support its growth.

As we look towards Syria where the presence of U.S. troops is also being scrutinized, one has to consider the lessons learned from Afghanistan. There seems to be broad agreement now that keeping a small U.S. presence goes far in supporting stability as well as “ensuring Daesh’s [ISIS] enduring defeat” by continuing to lead the Global Coalition to Defeat Daesh/ISIS with the Syrian Democratic Forces (SDF).

While most know the SDF because of its legendary defeat of the ISIS Caliphate, most don’t realize that it was not just fighting against ISIS—the SDF was fighting for the opportunity to set up self-governance that has become the Autonomous Administration of North and East Syria (AANES). Having spent seven weeks on the ground in the past year, I have seen how this government gives everyone the opportunity to participate regardless of religion, ethnicity, or gender—with 50 percent of all leaders being women.

Even before I was appointed to USCIRF, the commission had long reported about the excellent religious freedom conditions in northeast Syria. No longer just a Kurdish project, this majority Arab government describes itself as multi-ethnic and multi-religious with three official languages: Arabic, Kurdish, and Syriac. The USCIRF 2021 Annual Report states that the AANES “continued to allow Muslims, Christians, Yazidis, and others to practice openly, express, and even change their religious identities—while facing significant peril due to threats from Turkey, Turkish-allied militias, regime forces, and remnants of the Islamic State of Iraq and Syria (ISIS).”

USCIRF has recommended that the U.S. government lift sanctions on the area governed by the AANES. The United States often punishes governments with sanctions for human rights violations, instead, it should reward them for their excellent conditions. This would also further pressure the Assad regime’s economy by drawing businesses to the northeast. The AANES is now at the point where it will either become an aid economy that needs constant support, or a commerce economy that can become self-sustaining. With 80 percent of the oil in Syria, fertile ground, and businesses ready to invest, there is great potential for economic growth if the United States changes its policy to give the AANES this boost. If not, even the most effective government loses support when people can’t feed their own families.

USCIRF also recommends that the U.S. Government demand the AANES’s “inclusion in all activities pursuant to United Nations (UN) Resolution 2254, including Geneva-based talks to resolve the Syrian conflict.” While the AANES is the only successful government in all of Syria, it is not included in efforts to find a political solution to the conflict. In the past, the United States has supported the Syrian Opposition Coalition and UN Resolution 2254 as the answer for Syria. If Turkey vetoes the AANES’ inclusion, the United States should run its own parallel process in Geneva and elsewhere that lets the AANES’ voice be heard. The AANES embodies of UN Resolution 2254’s requirement for “a Syrian-led and Syrian-owned political transition.”

In December 2012, the Obama administration recognized the Syrian Opposition Coalition (also called the Syrian National Coalition) as the sole “legitimate representative” of the Syrian people. Yet, as countries around the world start to normalize relations with President Bashar al-Assad, it is clear they failed as the replacement for the Assad regime.

The Turkish-backed Syrian Opposition Coalition simply has no answers for the horrific conditions in the areas it governs in Syria—such as Afrin, Tel Abyad, and Sere Kanye. These areas are the best indication of how all of Syria would look under its authority, and it is beyond troubling. In fact, because of these conditions, USCIRF has recommended that the United States pressure Turkey to present a timeline to withdraw from northeast Syria.

Before the Turkish occupation, Afrin was considered “the jewel of Syria” untouched by the civil war. Now, the war crimes are so severe that even a member of the Syrian Opposition Coalition—the Kurdish National Council (KNC)—is publicly blaming the Syrian Opposition for not stopping the war crimes that include “kidnapping, torture and killings, as well as demographic change in Kurdish villages.” Their October 19 statement also indicates most of the Kurdish families are still unable to return to their homes and those that have often face arrest, interrogation, and further displacement. I have personally spoken with Christians in the areas occupied by the Syrian Opposition that have been arrested for apostasy and tortured, the exact opposite conditions they experienced before the invasion, while governed by the AANES.

USCIRF held a hearing last year titled, Safeguarding Religious Freedom in Northeast Syria that documented crimes in the areas governed by the Turkish-backed Syrian Opposition that included killings, rapes, kidnapping, forced conversion, and destruction of religious sites. Christians, Yazidis, and other religious and ethnic minorities, and women from these communities, have especially been targeted. While these conditions have been documented by the United Nations, Amnesty International, and other independent organizations, the KNC statement confirmed that conditions are continuing to worsen.

Earlier this month, the new president of the Syrian Opposition Coalition, Salem Al-Meslet, led a delegation in Washington, DC to conduct rounds of meetings with officials in the administration and with leaders in Congress. Coincidentally, a delegation from northeast Syria in support of the AANES was also in town, led by Ilham Ahmed, the executive president of the Syrian Democratic Council. The difference between these two delegations could not be starker.

With all the suffering Syrians have experienced at the hands of Assad, what person committed to a free and prosperous Syria would be willing to fight for the Turkish-backed Syrian Opposition Coalition, considering how it has already destroyed the areas it currently governs? From experience, we know it would only be mercenaries for hire that will likely pillage and disenfranchise the residents, taking us back to where we are right now in Afrin and other areas the opposition coalition governs. This can’t be the way forward for Syria.

At the end of the day, these seemingly intractable conflicts can’t be won with just military might, or even by diplomacy in Geneva, but only by building governance that has the legitimacy of the people.

While we might not have the answer for all of Syria quite yet, we can at least hold that ground we won in the northeast by supporting the AANES. This finally gives the United States a win for Syria and meets the goal of stopping a forever war there.

Nadine Maenza is Chair of the U.S. Commission on International Religious Freedom. The views are her own and do not necessarily reflect the views of the commission. She is President of Patriot Voices and has worked on the ground in Syria with Freedom Research Foundation.