Where Is Russia’s War Against Ukraine Headed? 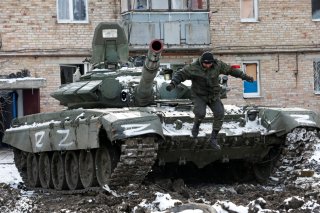 Russia’s war against Ukraine has run smack into the irony of history. History records that wars start because various heads of state or their commanders believe in at least three ideas: first, this war will be comparatively short; second, this war will end in a victory for our side; third, the cost of war, in terms of military and civilian casualties and economic losses, will be comparatively small relative to the expected gains. In addition, net assessments of the enemy’s goals and capabilities, when they are done at all, are frequently obtuse and based on outdated information or biased interpretations.

In the case of Russia, Tsar Nicholas II authorized a war against Japan in 1904 with the expectation that Japan would be defeated rapidly on land and at sea. Japan’s unexpected defeat of Russia unleashed furies of revolt in St. Petersburg in 1905. Although the uprising was put down, it exposed the regime’s fragility. In 1917, amid the stresses of World War I, it came crashing down: first, in the tsar’s abdication in favor of the Kerensky government; and second, in the Bolshevik revolution of November of that year.

Vladimir Putin is no Nicholas II. Until 2022 he emphasized what Western writers have called “gray zone warfare” or “liminal warfare” in which military power is used to support political objectives and vice versa. His main objectives were to destabilize former Soviet states by carving out enclaves of Russian-dominated territory, as in Georgia in 2008 and in Ukraine in 2014. Russia’s use of force was limited and, although sometimes it was on the tactical offensive, it remained defensive in its strategic aims. The aim was to push back against Westernization of former Soviet space in Europe, and against a U.S.-dominated international rules-based order that (in Putin’s view) disadvantaged Russia.

Putin left clues that his frustrations with NATO expansion, and fears of “color revolutions” spreading to Russia, were driving him steadily toward more emphasis on Russian international assertiveness and, in support of this policy, a more professional and more capable military. In 2007, Putin startled the Munich security conference by publicly declaring that it was time for a “unipolar” U.S.-dominated international power structure to give way to a multipolar world, which included Russia among its great powers. Russia’s war with Georgia in 2008 and its annexation of Crimea and destabilization of eastern Ukraine in 2014 increased the tempo of pushback and also alerted some in NATO that even more unfavorable winds were coming. In 2018, Putin used his address to the Russian parliament to showcase advanced weapons, including hypersonic glide vehicles and nuclear-powered cruise missiles, which he developed. Several high-profile military exercises followed over the next few years, including those in which Chinese military forces participated to an extent never before seen.

In spring and summer 2021, Russia mobilized large forces on the Ukrainian border, signaling Putin’s displeasure with Ukraine’s perceived drift toward the European Union and eventual NATO membership. All of this seemed consistent with prior Russian strategy of advancing political goals supported by the shadow of military power and unconventional warfare but stopping short of a major conventional war. Even Russia’s follow-up mobilizations of forces surrounding Ukraine on three sides in the fall and winter of 2021–2022 were interpreted by some as an intensified diplomatic squeeze on Ukraine, instead of the massive invasion that has taken place.

Russia’s expectations of a relatively quick and low-cost victory in Ukraine were based on their biased assessments of Ukraine’s military capability and underestimation of its leadership. Once upon a time, Volodymyr Zelenskyy was just the funniest man in Ukraine. Unexpectedly, he turned into the Winston Churchill of Eastern Europe, rallying resistance to Russian attackers and turning the tables on Russia’s information war. Instead of fleeing to safety in another country, as Putin expected, Zelenskyy became a symbol of national defiance as he communicated with NATO leaders and others outside of Ukraine. However, Russia has become an international pariah, partly as a result of its own clumsy Soviet-style disinformation tactics, and partly because of its willingness to commit atrocities in the targeting of civilians. Unlike in the Soviet era, cell phone cameras now capture action in real-time that debunks statements from government officials. Again and again, U.S. intelligence quickly declassified proof of Russian disinformation and released it to global media. Within a week or so after the invasion, Russia had already lost the information war of images and memes, as the bite of economic sanctions imposed by governments was accentuated by the ignominy of being depicted in global media as war criminals.

Putin’s war was also stalled in early March because of the underperformance of Russia’s military, relative to its prewar expectations. Russia’s military reforms under its “New Look” policy from 2008–2012 and afterward were intended to produce more mobile and lethal combined arms forces that benefited from a larger number of contract soldiers, compared to conscripts, than in the past, together with improved weapons systems and command and control. But, to Putin’s surprise and frustration, Russia’s ground offensive from Belarus stalled along a 40-mile supply column that moved at a snail’s pace relative to its objectives, and media reports of dissatisfied soldiers among Russian ground forces were not infrequent. After two weeks of war, Russia still had not established total control of the air, even as Ukraine sought to buttress its small air force by obtaining Russian-designed planes from Poland.

Faced with this military stalemate, Putin expanded Russian missile and air attacks against civilians and urban structures, even attacking hospitals, seeking to intimidate the Ukrainian leadership and its civilian population. This tactic is unlikely to succeed. In all likelihood, more attacks on civilians would only increase Russia’s global political isolation and economic pain. Putin seemed determined to depose the regime in Ukraine and negotiate for a postwar government with his own puppet in charge. Thus, the possibility of a protracted conflict over many weeks or even months should not be excluded.

How will this end? Unfortunately, optimism is not on the table. There are a number of possible outcomes: first, Putin’s more aggressive policy succeeds and a rump Ukraine under his remote control is established; second, Putin fails to depose Zelenskyy and his government, and resorts to horizontal escalation, which could expand the war to countries providing aid to Ukraine, or even vertical escalation which involves the use of tactical nuclear weapons to avoid the humiliation of defeat; third, a protracted conflict that continues for many weeks or months of both conventional and unconventional warfare, under the ever-present shadow of possible nuclear escalation; or, fourth, a sense of exhaustion sets in on all sides, and a process of negotiation results in an acceptable, if messy, peace agreement—essentially an armistice, brokered by countries like Turkey, Israel, France, or Germany. The fourth option is the cleanest shirt in a dirty laundry, but it will require clear thinking and professional approaches to conflict termination. Can we get there? Hopefully, before there is more death and destruction.

Lawrence J. Korb is a Senior Fellow at the Center for American Progress and a former Assistant Secretary of Defense.