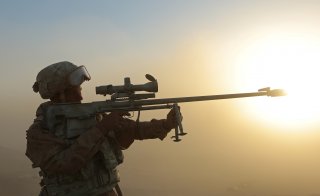 Any American who watched the collapse of South Vietnam’s government during the early months of 1975 is experiencing an acute sense of déjà vu about the recent Taliban offensive in Afghanistan. Afghan government forces are reeling since the United States began to execute the pullout of its troops a few weeks ago. Nine provincial capitals and numerous district capitals have fallen to insurgent fighters. The Taliban currently controls at least two-thirds of Afghanistan, and that percentage is rising fast.

Indeed, the group’s prospects to subdue the entire country look better than at any time since the U.S. military intervention in late 2001. Although Taliban units made steady territorial gains throughout the late 1990s, that offensive ultimately stalled when Tajiks, Uzbeks, and other ethnic groups in the north managed to repel the Pashtun-dominated faction. The situation this time is dramatically different. Taliban forces already have made major inroads in the north; a majority of the newly captured provincial capitals lie in that region. As a result, there is no credible geographic barrier to a full-fledged Taliban conquest. The Kabul government now controls merely a modest amount of territory surrounding the capital city, along with isolated enclaves elsewhere in the country. Such a situation is inherently unsustainable militarily.

The speed with which Washington’s client regime is losing territory certainly is reminiscent of South Vietnam’s unraveling. So, too, are the arguments that pro-war factions in the United States are trotting out to explain the impending failure of their latest crusade. Their chosen smokescreen has two main features: specter-conjuring and blame-shifting.

Even before President Joe Biden decided to end the U.S. mission in Afghanistan after nearly two long, frustrating decades, advocates of the status quo were warning that a withdrawal would trigger a humanitarian tragedy. They are continuing that propaganda campaign and focus on two almost certain categories of victims—translators and other Afghan nationals who have cooperated with U.S. occupation forces, and the women of Afghanistan. Members of the former group are likely to be imprisoned or executed; members of the latter will be thrust back into a second-class status characterized by overall medieval drudgery, systematic denial of education, and forced marriages. Consequently, the argument goes, the United States has a moral obligation to remain in Afghanistan until (if ever) such a terrible outcome can be precluded. Former President George W. Bush, the man who sent American troops into the Afghanistan morass, is an especially prominent proponent of that thesis.

The effort at specter-conjuring flows directly into the second part of the campaign to keep U.S. forces in Afghanistan: blame-shifting. If such a tragedy takes place following the departure of U.S. troops, interventionists insist, then the advocates of a supposedly premature and “precipitous” withdrawal will be to blame.

Once again, the parallels between this effort and the strategy that defenders of the Vietnam War utilized are striking. Even as the U.S. military mission in Southeast Asia stalled, pro-war types insisted that withdrawing from that failing war would trigger both a humanitarian and geostrategic calamity; therefore, U.S. forces needed to stay indefinitely. Years after the Saigon regime collapsed, pro-war types still were using such arguments. Not only did they point to the pitiful refugees fleeing the unified, communist Vietnam, but they warned that Hanoi’s victory meant that “wars of national liberation” would be the route to communist global domination. Every new Third World regime—no matter how bedraggled—that became a client of either Moscow or Beijing was supposedly “evidence” of that strategy’s success. The spectacular collapse of the Soviet empire between 1989 and the end of 1991, however, rather jarringly undermined their thesis.

Cold War hawks refused to acknowledge any responsibility for the failed Vietnam intervention or the financial and human costs it inflicted on both Americans and Vietnamese. Instead, failure supposedly was the fault of the anti-war movement in the United States. Protestors allegedly damaged military morale and undermined the determination of the American public to prevail in Southeast Asia.

Proponents of staying the course in Afghanistan contend that the Biden administration is repeating the “error” of leaving Vietnam, and they try to shift the blame for the latest crusade’s looming failure onto those people who warned all along against pursuing such a quixotic nation-building mission. Being an advocate of promiscuous U.S. military interventions apparently means never having to say you’re sorry, no matter how obvious and severe the blunders.

Advocates of realism and restraint must not let their opponents get away with attempts at specter-conjuring or blame-shifting. Interventionists are the people responsible for the chaos in Afghanistan and its probable outcome. Afghanistan was a reasonably stable entity until the United States and the Soviet Union both sought to use the country as a Cold War geostrategic pawn. U.S. support for the anti-communist mujahadin’s campaign to overthrow the Soviet-installed government badly destabilized the country and ultimately paved the way for the rise of the Taliban in the 1990s. Washington’s 2001 intervention to wreck Al Qaeda’s sanctuary and oust the Taliban regime for harboring the terrorist group morphed from that limited, justified mission into a lengthy counterinsurgency, nation-building effort that has prolonged Afghanistan’s instability and agony.

Interventionists need to accept the reality that members of the realism and restraint camp have long known: the United States cannot possibly correct even a modest percentage of the national tragedies and cases of egregious misgovernance in the world. It is a fool’s errand even to make the attempt. The aftermath of a Taliban takeover in Afghanistan is indeed likely to be tragic for many Afghans. America can ameliorate that result by assisting those who flee the new regime and by adopting a liberal refugee policy in response.

But continuing to risk the lives of U.S. troops and pour billions of taxpayer dollars down the drain for decades to come in the forlorn hope that we can transform Afghanistan into a viable Western-style democracy is neither a realistic nor a moral option. Vietnam and Afghanistan (along with Iraq, Libya, Syria, and several other countries) are places in which U.S. meddling has made matters worse rather than better. Interventionists need to acknowledge their guilt, and current policymakers must focus U.S. foreign policy on defending the vital interests of the American people, not on trying to remake foreign societies.