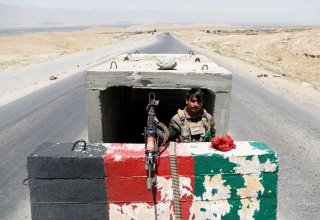 Two anonymous U.S. officials confirmed this week that the U.S. military had concluded its withdrawal from Afghanistan, although several hundred troops remained to guard sensitive facilities. A Politico report cited an unnamed official stating that the withdrawal was “over, for all intents and purposes.”

Following President Biden’s announcement in April that U.S. combat operations in Afghanistan would end, and U.S. troops be withdrawn, the date of September 11, 2021 was set as the final date for U.S. troops to leave the Central Asian country. The withdrawal proceeded more quickly than anticipated, and the date was initially revised to August.

Although Biden initially declared that all U.S. troops would leave Afghanistan, the Pentagon has clarified that the United States will retain around 650 troops in Afghanistan, unaffected by the September 11 deadline. Of these, the overwhelming majority are tasked with protecting the U.S. Embassy compound in Kabul. Others have been assigned to Hamid Karzai International Airport, the largest airport in Afghanistan, alongside Turkish troops.

The officials noted that Army General Scot Miller, the commander of the U.S. mission in Afghanistan, was still in the country, along with a number of his staff.

On Friday, the last U.S. troops departed from Bagram Air Base, long considered the focal point of U.S. involvement in Afghanistan. The U.S. mission was slated to hand over control of the base to Afghan security forces, but owing to poor communication between the two sides, the base’s entrance was left unguarded for several hours, allowing Bagram locals to enter and loot several buildings within.

The Pentagon has estimated that the withdrawal process is 90 percent complete, but Pentagon spokesman John Kirby emphasized that it was not completed. Kirby noted the presence of Temporary Enabling Forces, or special Army units designed to oversee the withdrawal. He also noted that Gen. Miller and Gen. Frank McKenzie, commanders of U.S. Central Command, had not yet transitioned their commands within Afghanistan to local forces.

As the U.S. has withdrawn from Afghanistan, Taliban militants have launched an offensive, in direct violation of the February 2020 peace agreement the group negotiated with the United States. Over the past few weeks, the Taliban has seized dozens of districts outright; by now, it is estimated to control slightly under half of the country and contest most of what remains.

According to some accounts, the Taliban has been surprised by its own success, and several commanders have anecdotally reported that the group intentionally slowed down its conquests to avoid antagonizing the United States.