Why China Has the Power to Dictate Pakistan’s Future 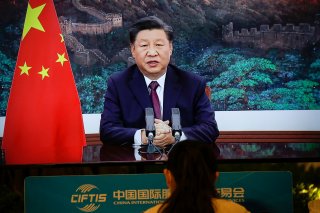 China has made its presence known in South Asia in 2020. Over the past few months, China-India relations have quickly deteriorated as the two nations have violently confronted each other in Aksai Chin, an intensely contested region that has had disputes since the 1950s. On the other hand, China-Pakistan relations have continued to flourish as Pakistan’s Prime Minister Imran Khan downplayed the early stages of the coronavirus in China and Pakistan. He has balanced his criticism of China because Pakistan receives billions of dollars of investment through the Belt and Road Initiative. Thus, China’s role in the region can be seen through these two parallel stories—one relationship which has come to an ugly boiling point, while the other continues to thrive under difficult circumstances. It is likely that the gap between India and Pakistan’s relationships with China will only continue to widen as both India and China seek to cement themselves as key regional actors.

The northern border of India along Chinese Xinjiang has long been a dangerous flashpoint in the region. However, India’s Prime Minister Narendra Modi and China’s President Xi Jinping came together to build the “Wuhan Spirit” and “Chennai Connect” after border disputes in 2018 and 2019. In spite of that, relations have taken a nosedive after a serious border melee in May when about 150 Indian and Chinese soldiers engaged in fistfights and verbal taunting. In June another violent faceoff occurred, this time in the Galwan Valley, with reportedly twenty Indian soldiers and forty-three Chinese soldiers being killed. This caused border tensions to rise to the highest level since 1962.

Fallout continued after the bloody confrontation as Modi promised that “the sacrifice made by our soldiers will not go in vain,” while Indian Foreign Minister S. Jaishankar stated that Chinese actions in Galwan were “premeditated.” India further complicated matters days later by banning fifty-nine popular Chinese applications. As these statements by Indian leaders were made and Indians burned photos of Xi in the streets, tensions greatly escalated and any recent buildup of India-China relations had shattered in a matter of weeks. It is clear that India and China have entered a grave diplomatic crisis as Chinese troops have been sent to the border and key policy scholars in Delhi have entered a period of darkened and pessimistic views toward their relationship with Beijing. Though tensions have now eased, this episode in 2020 will have serious drawbacks for the India-China relationship moving forward.

The reality in Delhi could not be in any starker contrast than that of Islamabad. For anyone watching the region, China’s growing relationship with Pakistan has been one of the most important developments in South Asian foreign policy. While Pakistan does not have any grave border disputes with China, it is helpful to look at how Pakistan deals with Chinese crises, such as the coronavirus, compared to India. Since taking office, Imran Khan has been a firm supporter of the Pakistan-China relationship. In the past year, Khan has looked the other way on the Uyghur genocide in Xinjiang, shown public support for China’s controversial Hong Kong security bill, and has now pandered to China during the coronavirus pandemic as China invests some $60 billion into Pakistan through the China-Pakistan Economic Corridor.

Since the beginning of the coronavirus, Khan has pushed to downplay the virus and tippy-toed around China. Earlier this year when the coronavirus was hitting mainland China and hundreds of Pakistani students were stuck in lockdown, Khan and Pakistan refused to rescue 800 students. While Khan insisted that Pakistan did not have the capacity to deal with the pandemic, he tweeted in February that “Pakistan stands with the people & govt of China in their difficult & trying time and it will always stand by them” even as he turned his back on his own citizens. It was clear that Khan was weighing his key relationship with China with the needs of his own citizens. A month later, Khan doubled down on his previous statements and claimed “In a few days everything would be normal . . . This virus is a kind of flu. It spreads quickly.” That is evident that the coronavirus is anything but normal, but even then, Khan has echoed similar statements about the coronavirus as authoritarians Vladimir Putin, Donald Trump and Jair Bolsonaro. Khan has shown that he is willing to push aside a deadly virus to preserve the China-Pakistan relationship and appease Chinese officials.

However, this appeasement goes beyond just the coronavirus and Imran Khan. I asked Pakistan’s ambassador to the United States, Dr. Asad Majeed Khan, about why Pakistan—a long time haven for pan-Islamic causes—is ignoring the over one million Uyghur Muslims in concentration camps in Xinjiang? Ambassador Khan stated that “We [Pakistan] normally don’t comment on the internal situations of other countries, of our friends in particular. To equate our raising of the human rights violations in Kashmir in India is very different because China has never raised those issues with us [Pakistan] . . . We do not talk about these things publically given the state of relationship that we have with China.” In essence, the ambassador was declaring that Pakistan looks the other way on the grave human-rights abuses of Muslims in China because of the beneficial relationship it has with China. This greatly differs from Pakistan’s relationship with India, where Pakistan is quick, and rightly so, to call out human-rights abuses by the Indian government against Muslims in Kashmir. In this paradox, it is clear where Pakistan cares about human rights and where it does not, with the common denominator being China.

Even as China has made it difficult for Pakistan to whole-heartedly support them, the Pakistani government has continued to make it clear they are still ready to support China moving forward. Even as CPEC has hit various snags through a pandemic this year, Prime Minister Khan has reiterated his support for CPEC to be completed at “any cost.” However, it is very likely that if CPEC is not completed in a timely and appropriate manner for Pakistan, it would create deeper underlying tensions between China and Pakistan.

The prime minister publicly defended China on numerous controversial issues in return for its investment, Pakistan is hoping that China will become an “all-weather” ally to Islamabad. This all-weather support could be tested in event of another Pulwama-like attack, as Pakistan would hope that China would rush to its side, similar to how the United States has been publicly supporting India through the recent border crisis. Any sort of India-Pakistan skirmish would greatly test the two key players in the region: China and the United States. Would China be quick to publicly defend and support Pakistan? Would India accept, or ask for, American help in an event of war? And how would the United States and China stare each other down in such a situation in South Asia? If China backed off in a time of crisis, then Pakistan would be left out in the rain. However, if China rose to the occasion, it would create a greater genuine allyship between the two nations.

This trigger would test alliances and create greater transparency into the various dynamics in South Asia. It is crucial to watch how these nations interact with one another during a time of crisis and tension, such as right now. India and China have entered border talks, as relations have improved significantly compared to just a couple of months ago. However, the two nations must continue to directly talk as another border dispute could easily occur any day across the dissolute region. A hard borderline would benefit the two nations in the long term, and if these talks continue with their fruitful benefits, relations very well could eventually return to the status quo. India and China should work closely together to prevent future conflict and take these last few months of confrontation as lessons for the future. Further, and more serious, border disputes between the two nations could even have significant impacts on the wider international American-Chinese power competition in Asia. With a more peaceful India-China relationship and cooperation, this could be avoided.

These deep-seated tensions between India and Pakistan continue to this day, and the different ways the divide manifests itself can be seen through the polar opposite ways Pakistan and India interact with China. India and China have a yearly border dispute, with tensions now escalating to deadly interactions and a nosedive in relations. Recent internal debates in India have been taking a realist approach to China, especially as China continues to potentially encroach on the Indian border. However, on the other side of the Line of Control, Pakistan has continued to cushion the role of China in South Asia. Pakistan’s prime minister has downplayed the coronavirus and refuses to criticize Xi on the Xinjiang issue. As these three nuclear-armed nations interact, it is incredibly important to observe the ever-evolving China-Pakistan-India triangle. As China continues to flex its money and muscle in South Asia, the gap between India’s and Pakistan’s relationship with China continues to widen. This implies that China will indeed become a greater regional actor. India and China will drift apart as they directly confront one another; meanwhile, Pakistan and China will continue to draw closer as a key regional relationship.