Why China Is the Odd Man Out on Overseas Coal Financing 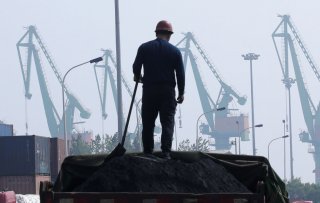 President Joe Biden recently gathered forty heads of state for the Leaders Summit on Climate to build momentum towards November’s United Nations Climate Change Conference in Glasgow. Nearly every world leader at the Summit announced updates to their countries’ climate policies and more ambitious actions to reduce greenhouse gas emissions in accordance with the provisions of the Paris Agreement.

Despite its growing role in sustainable development finance—President Xi Jinping reiterated at the summit that ecological cooperation is a key aspect of China’s Belt and Road Initiative—China made no promises to end coal financing abroad, even as Japan and South Korea, the second and third largest financiers of overseas coal power plants, take ambitious steps to stop funding overseas coal plants as part of their new climate change agendas. China, the world's largest financier of overseas coal, is now the odd man out. Reducing global emissions cannot be achieved without moving away from coal. A pledge from China to end its financing for overseas coal plants would be a major boon to international climate efforts.

The winds are changing regarding coal financing. Everywhere but China, both the public and private sectors are moving away from coal. In Japan, the environment ministry announced in July 2020 that the Japanese government would no longer fund overseas coal-fired plants on principle, but left room for exceptions. In March 2021, the Japan Bank for International Cooperation, Japan’s major development lender, announced that it would no longer fund overseas coal-fired plants. Private Japanese banks are also retreating: Mizuho, Sumitomo Mitsui, and Mitsubishi UFJ were the top three private lenders in the world to the coal industry between October 2018 and October 2020, and all three have announced they will restrict or reduce financing for coal power projects.

In South Korea, President Moon Jae-in’s announcement at the summit that the country will end government financing of overseas coal power plants is the culmination of a domestic movement in that direction. In July 2020, legislators introduced bills that would prevent state-run banks from financing overseas coal power projects. While these bills have not left the committee, they put public pressure on government-owned financial institutions. In October 2020, the Korea Electric Power Corporation—which is majority-owned by the South Korean government—disclosed it would not invest in any new overseas coal finance projects. On the private sector side, KB Financial Group, one of South Korea’s largest banks, announced it would stop financing coal power projects and affiliates of conglomerates like Samsung and Hanwha have also committed to reducing their involvement with coal projects.

With Japan and South Korea now taking major steps back from overseas coal, China’s inaction on its foreign coal financing is particularly glaring. China has over ten gigawatts of overseas coal power in the pipeline, and the central government has indicated coal will continue to be a part of the country’s overseas financing strategy for the foreseeable future. Chinese officials claim the country’s foreign direct investment and development financing for coal are simply meeting the demands of other countries. Yet comparing China’s financing side by side with Japan and South Korea, China has been willing to fund coal-fired power plants that use less efficient, higher-emissions technologies, even within countries that have also received Japanese and South Korean financing.

The international community cannot afford to wait for action from the Chinese government. The United States, Japan, South Korea, and other nations must engage with third countries to understand their energy needs and urgently increase financial support for clean energy alternatives to coal-burning plants. They must also unite to put pressure on China to end its overseas coal financing policies. Ultimately, if China wants to receive recognition as an international leader on climate, it must act like one.

Laura Edwards the China program coordinator at the Center for American Progress.

Abby Bard is the Asia policy analyst at the Center.