Why Joe Biden Will Confront the Limits of American Power 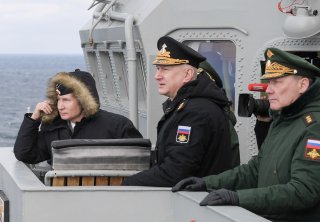 PRESIDENT-ELECT Joe Biden’s initial task when he enters the Oval Office and begins directing American foreign policy is to avoid temptation—actually, two temptations. The first is the impulse to think nostalgically, to believe that after the Donald Trump interregnum, it is possible to return to the years after World War II, when the United States was the world’s preeminent power, or after the fall of Communism, when the country was the world’s only superpower. Both of these conditions were artificial and temporary. We are no longer the leader of the “free world,” whatever that is. We are no longer the “exceptional nation,” whatever that means. Who these days believes that the United States is an ethical paragon for the rest of the world to emulate, or that American ideals are universal aspirations? Hell, American ideals are not even an aspiration for millions of Americans. The days of “pay any price, bear any burden” are gone forever.

Many people reading these words—and that includes some in the Biden administration—will respond that such thoughts are “defeatist” or “isolationist.” They are not. They are defeatist only to those unwilling to admit that the world has changed profoundly in the last two decades and that a reassessment of America’s global position and global aims is a dire necessity. We once believed that we could exert our will wherever we chose; it wasn’t true when we believed it, and it certainly isn’t true now. As for the charge of isolationism, it ignores the lesson that everyone should have learned by now—namely, that there are limits to American power and that wise American statesmen will recognize and accept that fact. But to say that the United States can’t do everything doesn’t mean that it shouldn’t do anything. What it does mean is that in the future the United States will have to pick and choose. Some of those choices will be terrible, and won’t reflect America’s professed ideals. That’s the way it is.

To take one example: Ukrainian independence, free from Russian influence, is a noble cause, but the United States is not about to go to war with Moscow to guarantee it. Does this give Vladimir Putin a green light to invade western Ukraine just as he did Crimea? In one sense, yes. But only if he is willing to expend an enormous amount of blood and treasure that any rational assessment should tell him isn’t worth the cost. Of course, rationality doesn’t always prevail in international relations, and should Putin make the “wrong” decision, the West could (and should) see that his decision was as costly as possible by supplying the Ukrainians with all the arms they could absorb. The policy of Washington and other Western capitals would be to avoid confronting the Russians directly with their own troops but to fight to the last Ukrainian. Anyone who believes that such a policy is defeatist or overly cynical needs a crash course in the history of the 1956 Hungarian Revolution. To be sure, Russian advances would have to stop at the Ukrainian-Polish border. Any Russian attempt to move militarily on Poland—as unlikely as that is—would be the start of World War III.

The second temptation is to imitate the policy of Donald Trump. That is to say, Trump’s priority upon entering office was to do the opposite of everything Barack Obama did, to reverse all of his policies, pull out of all his agreements. There will be calls among Biden supporters to do the same thing, to “cancel” the Trump years. And, yes, in many cases policy reversals are exactly what is required. Biden should mend frayed relations with allies and revitalize NATO (though that will probably mean redefining its mission). He should reenter the Paris Agreement and reestablish ties with the World Health Organization. He should reinvigorate the Trans-Pacific Partnership. Not least, he should rejoin the Iran nuclear agreement (trying, perhaps, to make adjustments if those are possible, but rejoining even if they are not). In many important ways, President-elect Biden should indeed reverse Donald Trump.

But not in all ways. Putin and the North Korean leader Kim Jong-un have been demonized by much of the American press and most political leaders. They deserve to be—they are not good guys. But rhetorical hostility is not a policy, and we must always ask ourselves if a particular measure we choose to adopt will have the desired effect, or whether we have adopted it simply as a way to allow us to feel good about ourselves. It might be to America’s advantage if Putin were removed from power (be careful: you might get what you wish for). But since we have no way of attaining that, all that remains is diplomacy, talking to Moscow, finding common goals, and smoothing over differences. On some feral level, Trump understood this, and chose the route of diplomacy. He performed badly—there is no one on the planet less suited to diplomacy—but that doesn’t mean his impulse was wrong. As Churchill is alleged to have said: “Jaw, jaw is better than war, war.”

In the case of North Korea, one still hears influential voices in Washington calling for regime change, by military means if necessary. But the former Trump adviser Steve Bannon got it right in a 2017 interview he granted to the liberal magazine The American Prospect: “There’s no military solution [to North Korea's nuclear threats], forget it. Until somebody solves the part of the equation that shows me that ten million people in Seoul don’t die in the first 30 minutes from conventional weapons, I don't know what you’re talking about, there's no military solution here, they got us.” Even if the United States were to emerge relatively unscathed from a war with North Korea, our Asian allies, as Bannon suggests, would not. Seoul would be destroyed and Japan devastated. This is not internationalism. It is the height of foolish and irresponsible isolationism.

Finally, the new Biden administration would do well to heed Donald Trump’s words at the United Nations in 2017:

“To overcome the perils of the present and to achieve the promise of the future, we must begin with the wisdom of the past. Our success depends on a coalition of strong and independent nations that embrace their sovereignty to promote security, prosperity, and peace for themselves and for the world. We do not expect diverse countries to share the same cultures, traditions, or even systems of government. But we do expect all nations to uphold these two core sovereign duties: to respect the interests of their own people and the rights of every other sovereign nation. … Strong, sovereign nations let diverse countries with different values, different cultures, and different dreams not just coexist, but work side by side on the basis of mutual respect.”

These comments are in the spirit of the Peace of Westphalia, and they seem as sound a basis of American foreign policy as any. And if some in the new administration feel uncomfortable agreeing with anything Trump has said, they can always fall back on the more venerable words of John Quincy Adams.

“...goes not abroad, in search of monsters to destroy. She is the well-wisher to the freedom and independence of all. She is the champion and vindicator only of her own. She will commend the general cause by the countenance of her voice, and the benignant sympathy of her example. She well knows that by once enlisting under other banners than her own, were they even the banners of foreign independence, she would involve herself beyond the power of extrication, in all the wars of interest and intrigue, of individual avarice, envy, and ambition, which assume the colors and usurp the standard of freedom. The fundamental maxims of her policy would insensibly change from liberty to force. … She might become the dictatress of the world. She would be no longer the ruler of her own spirit.”

Barry Gewen is an editor at the New York Times Book Review and the author of The Inevitability of Tragedy: Henry Kissinger and His World.