Will the Climate Crisis Shape U.S. Partnerships with Japan and South Korea? 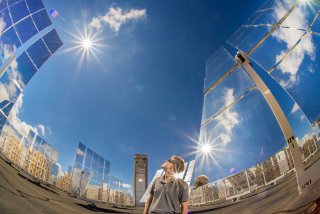 Joseph Biden’s inauguration marks a new chapter in Japan’s and South Korea’s relationship with the United States. It will be shaped by a major shift in U.S. policy execution-style as well as a significant change of U.S. policy priorities. What does this shift mean for Japan and South Korea? How can Japan and South Korea position themselves respectively to become valuable to the new administration, an administration likely to value partnerships by their effectiveness in bolstering U.S. efforts to address global challenges, such as climate change?

As treaty allies of the United States, Japan and South Korea will clearly remain important to the United States as Washington strives to address the rising geopolitical rivalry with China and the nuclear proliferation challenge from North Korea. However, as the Biden administration is unlikely to continue the Trump administration’s theatrical diplomatic overtures towards North Korea, South Korea is not likely to remain front and center in the way that it was during the last four years. In the area of energy and climate, the ability and willingness to buttress U.S. economic security and trade balance through hydrocarbon imports will likely also play a lesser role in relationships with Japan and South Korea even though the U.S. supply of liquefied natural gas has legitimately strengthened the energy security of these energy-import dependent Asian economies and creates and sustains jobs in America.

Climate mitigation could become a key theme in the next chapter of U.S. partnerships with Japan and South Korea. The respective mid-century carbon neutrality pledges by Tokyo and Seoul, in October—notably prior to the U.S. presidential election—afford them a valuable alignment with the United States on climate change, which is a top priority for the Biden administration. In August, then-candidate Biden announced a $2 trillion plan to significantly expand the use of clean energy in the power, transportation and building sectors, as part of a broader effort to create economic opportunities while tackling climate change.

Like the United States, Japan and South Korea have placed clean energy at the center of post-pandemic economic recovery efforts. In July, Seoul issued the Korean New Green Deal, which seeks to facilitate post-pandemic economic recovery through public investment in renewable energy expansion, green infrastructure development, and decarbonization of the transportation sector. In December, Tokyo rolled out the Green Growth Strategy for 2050 Carbon Neutrality, which aims to align its economic growth agenda with its carbon neutrality goal, and focuses on clean energy technologies, such as off-shore wind, hydrogen, and carbon recycling.

Innovation in clean energy technology will be central for the ability of the United States, Japan and South Korea to decarbonize their respective economies. Biden, during the campaign, stated that innovation would be the “cornerstone” for his presidency. Japanese prime minister Yoshihide Suga has also remarked on the essential role innovation will play in moving Japan towards its mid-century carbon neutrality goal. As key economies with strong research and innovation capabilities, the three countries have much to collaborate on advancing the development and deployment of clean energy technologies, such as energy storage, hydrogen, nuclear energy, and carbon capture and storage. The year-end passage of the Energy Act of 2020 exemplifies that most of these technologies already enjoy strong focus and bipartisan support in the United States.

Having its two Asian allies and fellow G20 members on board on the coal policy would be important for the Biden administration. In July, Japan announced that it would “as a rule” no longer support coal plant exports albeit with some caveats. Later that month, Korea also took a step towards banning public financing of coal power projects overseas. However, in December, a combination of host country preference, and fierce market competition from Chinese manufacturers of coal power plants seems to have led a Japanese-led group of banks and businesses, including the Export-Import Bank of Korea, to move closer to finalizing $1.8 billion in financing to Vung Ang II coal-fired power plant in Vietnam. The deal is emblematic of the geopolitical rivalry in Asia that has been playing out through infrastructure export competition between China and other key regional powers, such as Japan and South Korea.

Closer coordination with Japan and South Korea could strengthen America’s ability to urge China to deliver on its climate commitments. Additionally, it could help facilitate clean energy transition in emerging/developing Asia. Will Japan and South Korea emerge as indispensable partners for the United States on these climate mitigation agenda? It is unclear whether this new chapter will see Japan and South Korea as active partners or passengers in Washington’s drive to regain global leadership on climate change.

Jane Nakano is a senior fellow with the Energy Security and Climate Change Program at the Center for Strategic and International Studies.