Will the Next German Chancellor Please Stand Up? 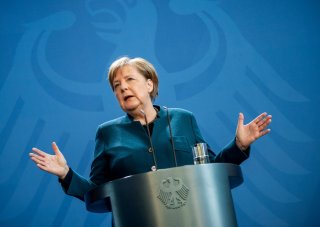 It is still unclear who will succeed Angela Merkel as Germany’s next chancellor. The next government will either be led by the massively weakened Christian Democrats under Armin Laschet or by the Social Democrat Olaf Scholz. One thing is clear following the election in Germany on Sunday though: there will be no socialist government. This was a fear of many Germans, by entrepreneurs in particular, and was also a concern for Germany’s NATO partners and foreign investors. The election narrowly put paid to that potential outcome. The three left-wing parties, the SPD (Social Democrats), the Greens (left-wing environmentalist party) and radical leftist Die Linke (the former Communist Party of East Germany) won a combined total of 363 seats in parliament; but they would have needed 368 representatives to form a government.

The two biggest left-wing parties, the SPD (25.7 percent, up 5.2 percentage points from 2017) and the Greens (14.8 percent, up 5.9 percentage points from 2017) made significant gains, but the far-left party Die Linke lost 4.3 percentage points, coming in at 4.9 percent. Since there is a rule in Germany that a party needs at least 5 percent to enter the Bundestag, the extreme Left almost missed out entirely. However, there is a special rule that a party can still get into the Bundestag if it wins three direct mandates, which means that Die Linke has just about scraped into the German parliament. In terms of Germany’s foreign and security policy, it is crucial that the political influence of Die Linke is kept to an absolute minimum because the far-left party opposes NATO and all foreign military deployments. Throughout the election campaign, Die Linke ran on a platform of radical demands, including proposals for income tax rates of up to 75 percent and a wealth tax of up to 5 percent.

The CDU/CSU used to be Germany’s conservative party, but it has moved in a moderately left-wing direction under Merkel; it lost 8.9 percentage points to come in at 24.1 percent. This is the worst result the party has achieved in the history of the Federal Republic of Germany. In 2013, they won 41 percent of the vote.

One result of the CDU/CSU moving closer to the center-left policies of the Social Democrats and the Greens, combined with Merkel’s approach to the refugee crisis of 2015, was the birth of the right-wing AfD party. Although this party has moved significantly further to the right over the past four years, it yet again managed to win seats in the German Bundestag by scoring 10.3 percent. However, it did lose 2.3 percentage points compared with 2017, when it entered parliament for the first time. Nevertheless, none of the other parties are prepared to work with the AfD.

The pro-market Free Democratic Party (FDP), led by Christian Lindner, came in at 11.5 percent, a gain of 0.8 percentage points over 2017. The FDP did particularly well among younger voters: 20 percent of voters under the age of thirty opted for the FDP. Only the Greens were more successful among younger voters, picking up 22 percent of the vote. The Social Democrats and the CDU/CSU, on the other hand, led the way among voters over the age of sixty.

At this point in time, the identity of Merkel’s successor and Germany’s next chancellor remains unclear. Given the election results, it is possible that the current coalition government of the CDU/CSU and SPD could stay in office. That is an unlikely outcome but it cannot be ruled out entirely if other options fail.

German political commentators have coined names for the most likely potential coalitions. There is the “Jamaica” coalition of the CDU/CSU, Greens, and FDP, which are the three parties that have the same colors as the Jamaican flag, and the green-yellow-red “traffic light” coalition of the SPD, the Greens, and the FDP.

In a Jamaica coalition, Armin Laschet of the CDU/CSU would be chancellor; in a “traffic light” coalition, the Social Democrat Olaf Scholz (SPD), the current finance minister, would take the highest political office in the land. So, the eventual outcome depends almost entirely on what the free-market FDP and the left-wing environmental party the Greens decide.

Although a left-wing government was averted, it is clear that Germany is drifting further to the Left The left-wing parties (with the exception of the ex-communists) increased their share of the vote. Above all, fifty “Young Socialists” will be taking up seats in the German Bundestag for the SPD, all of whom are closely aligned with the SPD left-winger Kevin Kühnert. In the past, Kühnert has spoken out in favor of nationalizing companies such as BMW and declared that only the state should be allowed to manage rental apartments. The SPD as a whole has also drifted further to the Left. Kühnert, the party’s vice chairman, is joined by the two chairpeople, Saskia Esken and Norbert Walter-Borjahns, on the left-wing fringes of the party. They only nominated the moderate candidate Olaf Scholz for chancellor so that he would win over former Merkel voters from the center of the political spectrum. Their calculation, which can only be described as voter deception, worked.

At the same time as federal elections, state elections were also held in the capital Berlin. The three left-wing parties, the SPD, the Greens, and Die Linke, have already been governing in Berlin for the last four years and won a combined 54.3 percent of the vote. Last year, the three parties passed a law that forced landlords in Berlin to reduce apartment rents and banned rent increases for the next five years. However, the legislation was declared unconstitutional by Germany’s highest court. Now the anti-capitalists have made another attempt, this time via a referendum. On Sunday, voters in Berlin were asked to decide whether housing companies with more than three thousand apartments should be nationalized. The result: 56.4 percent of Berliners voted in favor of expropriating large housing companies. Berlin’s Green Party and Die Linke both supported the expropriation referendum. However, it is still unclear whether the referendum proposal will actually be enacted in law and, if so, whether any new legislation will stand up in court in the face of the many expected legal challenges.

Alongside the relief that a socialist government has been averted on a national level, there are still concerns that the right to own property in Germany is no longer respected. In fact, some overseas real estate investors already refer to Berlin as “Little Venezuela.”

It could take several months before a new government is formed in Germany. Optimists hope that a coalition government will be in place by Christmas. A coalition of CDU/CSU, FDP, and Greens would be the least of all evils. But the tasks facing a Jamaica coalition would be enormous. After all, Merkel has left Germany with a host of problems that will explode like time bombs over the next few years.

She leaves it with “the world’s dumbest energy policy,” which is pursuing the simultaneous phase-out of coal and nuclear energy.

Also, the country is still suffering from the fallout from uncontrolled mass immigration in 2015/2016 is far from resolved.

Additionally, large parts of the German economy (energy industry, automotive sector) have been progressively transformed into a planned economy.

Germany is struggling to adapt to the digital age and the pace of digital transformation is extremely slow by international standards.

Social spending has exploded to over €1 trillion.

A recent study from the Organization for Economic Co-operation and Development crowns Germany as the world champion when it comes to taxes and payroll deductions. Nowhere in the world do employees pay such high taxes and levies as in Germany.

While the free-market FDP wants to cut taxes, the Greens and the SPD want to raise them. So forming a new coalition is certainly not going to be easy.