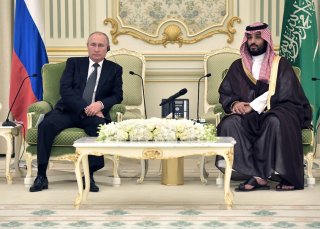 As Europe prepares for a “brutal, cold winter,” its inhabitants are belatedly beginning to realize that they heavily rely on Russian gas. According to Goldman Sachs, European households may spend up to €500 a month in 2023 on energy bills. Numerous families may not be able to afford these skyrocketing gas prices, possibly leading to social unrest.

But what if there was a way to ease these expensive energy prices? How would the rise of alternative energy impact the relationship between nations at a global level? Would green energy find itself similarly dependent on hostile foreign actors? Since the days of the British Empire chasing after oil in Persia, Adolf Hitler rushing to the Baku oil fields in 1942, and rising energy prices after the 1974 Arab oil embargo, it is no secret that energy is a national security matter. So, what will the role of alternative energy in national security be in the years to come?

Dr. Alexander Mirtchev, the vice chairman of the Atlantic Council, provided his insights on how alternative energy will impact the international order. In The Prologue: The Alternative Megatrend in the Age of Power Competition, Mirtchev argues that renewables will alter the way the world views energy, economic geography, and international security. A renowned expert on energy matters, he has written extensively on energy policy and appeared on various television programs to discuss issues relevant to global energy.

The Prologue, which was originally written in English, was recently published in German, Russian, and Spanish, and will also appear in Mandarin.

The book is divided into four parts. The first introduces alternative energy as a socio-political, techno-economic, and ideological megatrend. Mirtchev argues that renewable energy correlates with the rise in global demand for energy, economic growth, and technological advancements. Ethical and societal pressures from environmental groups have pushed for the use of alternative energies instead of fossil fuels. These trends have resulted in growing concerns for energy security and it has become a prominent issue for world leaders.

In the second section, Mirtchev examines old and new great power rivalries and how they relate to alternative energy. Currently, the members of OPEC+ have control over the world energy market. This quasi-cartel dictates the price of oil but the pursuit of renewable energy by countries and companies would weaken OPEC+’s control. It would strengthen the power of various Western actors and China, who can afford the implementation of alternative energy infrastructure. This would lead to a new divide between the global North and South, as the latter would struggle to implement green options given their cost.

It would also shift the balance of power in the energy market as Western countries are better positioned for this energy transition and less susceptible to immediate stops. The global South does not have the finances, infrastructure, or technology to pursue green options at this time—at least not with the same rigor and political commitment as the West—and this could leave them further behind in their development efforts.

Part three of the book, which I found most engaging, addresses how alternative energy will transform the world’s views on energy, defense, environmental, and economic security. While there are many economic and environmental benefits to pursuing alternative energy options, this technological transformation could also become a powerful tool. For example, while Western countries may view alternative energy as an opportunity to pursue green options, improve the environment, and strengthen their economies, OPEC+ members would view the abandonment of fossil fuels as a direct threat to their economic interests since it would diminish their wealth and global status.

Finally, in the fourth section, Mirtchev examines the future security trajectory of alternative energy. While alternative energy is being pursued by various Western countries today, its future may not be guaranteed. For example, the disruption of gas supplies to Europe suggests that developing new fossil-fuel solutions might become more popular than investing in renewable energy. Mirtchev argues that countries such as the United States need to prioritize security concerns as they relate to energy. Otherwise, if these areas are overlooked, it could lead to future competition in the energy market.

Mirtchev’s analyses have led international experts and leaders to reexamine the role of energy and how it relates to other international norms. “Mirtchev’s sweeping exploration of the changing energy landscape … outlines issues that will occupy scholars and policymakers for decades to come,” said Henry Kissinger, the former Secretary of State and National Security Advisor.

Other prominent figures have also commented on this book. “Mirtchev’s work is an impressive and comprehensive study of the geo-political, security, economic, and environmental impacts of the alternative energy trend,” according to Lord Truscott of St. James’s, a former British energy secretary. “The accelerating development of alternative energy … is a geo-political game-changing phenomenon.”

Finally, while complex, The Prologue is written in such a manner that makes it easy for the reader to follow the discussion on alternative energy. “Mirtchev’s book is an amazing study that has succeeded in breaking through the complexities of the current alternative energy development and strategies,” added Judge William Sessions, a former FBI director.

The Prologue is a thought-provoking read. Through his well-sourced and researched analysis, Mirtchev helps introduce readers to alternative energy and how it will shape global relations in the future. Whether addressing the role of energy policy and how countries can collaborate on alternative energy methods or energy will shape future national security issues, the content in this work is relevant to day-to-day policymaking. Both fossil fuels and alternative energy are here to stay, and politicians, policymakers, and practitioners are trying to understand their role in economics and national security matters. The Prologue does a great job of comprehensively explaining what kind of impact fossil fuels and alternative energy will have in the age of great power competition.