The Zeal of Zionism in Netanyahu’s Democratic State 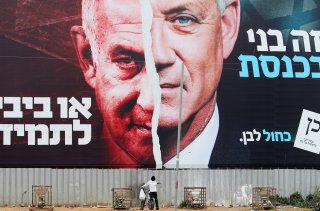 At pivotal points in its history, Israelis have searched the writings of Zionism’s founders and found a way forward. Today, these words of David Ben Gurion are most needed: “We do not have the approach of the German Social Democrats . . . of the British Labor Party . . . [or] of Soviet Communism. We have opened our own way.”

In short, Israel would succeed by copying any European nation, in which the overwhelming majority either worshipped the same deity in the same way or was avowedly atheist. Israel, Ben Gurion and others knew, would never have homogeneity since Jews would emigrate from all over the globe, carrying different traditions with them. And, of course, Israel was also home to many non-Jews. So it was that Israel was both multi-ethnic and multi-confessional from its beginning.

Naturally, the founders of Israel saw its future as both Jewish and democratic, seeing no contradiction between the two adjectives. Even as Arab armies gathered in 1948, Ben Gurion said that Israel "must not start with national discrimination." Therefore, many Arab Christians and Muslims could vote and stand for election from its start.

This makes the Jewish state is exceptional. Not in the rah-rah sense of the word “exceptional,” but from in its older meaning: different from all of the others

Sadly, Israel is different in one other important way: It has rarely known a moment of peace. Wars, protests, hijackings, kidnappings, terror, boycotts, rockets, international condemnations; each year brought its own man-made pox. As a result, unlike the world’s other democracies, Israel has always had to struggle to reconcile the conflicting claims of preserving freedom and ensuring national survival.

Now, this young democracy faces a new existential challenge. After four elections in two years, the public remains nearly evenly divided between Benjamin Netanyahu’s fragile coalition and some alternative turn of the kaleidoscope, between the status quo (with its flaws and virtues) and something different (with its unknowable flaws and benefits).

Given the political math of assembling a Knesset majority, Netanyahu or someone else may invite an Arab party into the governing coalition—an unprecedented but hopeful move. It would be a sign of maturity in a multi-ethnic, multi-religious Jewish state. It would bring the concerns of Israel’s Arabs into the national conversation in a new way and assure Arabs that democracy can work.

Either way, a resolution is urgently needed. Israel needs an executive, legitimized by the elections, to be able to face-down threats and seize historic opportunities.

While the peril of Iran and its proxies in Syria, Lebanon, and Yemen grow, the greatest challenge of Israel’s prime minister is building on the Abraham agreements signed between Israel and several Arab countries. Thanks to the tenacious work of Jared Kushner, his agreements have created the first real positive dynamic in the region since the 1979 Camp David Accords. More of Israel’s neighbors have formally made peace with Israel than at any time in her history. Just in the past few months, more borders have been opened to traders, investors pilgrims, and tourists than at any time since Israel was born.

The future could be even brighter. Peace could still be negotiated with Saudi Arabia, Libya, Oman, and perhaps other Arab states. This moment and this momentum must not be lost by a population torn by politics and personalities.

Today hope has emerged among young Arabs, even in the Palestinian territories. They really want peace and prosperity. These historic peace agreements can only continue and grow if Israeli democracy remains strong. Israeli politicians have an important and historic responsibility not only to its citizens but to the whole world.