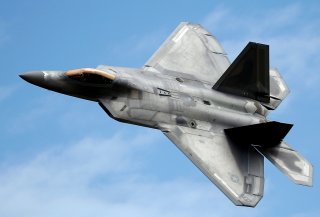 Top Gun: Maverick features a number of advanced technologies in an effort to advance beyond the now-retired F-14 Tomcats featured in the original 1980s classic. As a result, there are many cutting-edge systems on display in the movie, including a lesser-known simulator training technology called the P5 Combat Training System (P5CTS).

With the security of the Air Combat Training System addressed, Synthetic Inject to Live–Live Virtual Constructive (SITL-LVC) capabilities are also available to provide aircrew with the next generation of authentic training environments, replicating the high-end challenges a peer competitor might present. As the name implies, SITL-LVC combines live participants on training ranges with virtual participants (operators flying in tactical simulators) and computer-generated forces to interact seamlessly in a common training environment.

“The hardest part of training our aircrew today is providing a realistic presentation on a live training range,” explained Cubic’s LVC subject matter expert, Paul Averna. Physical training ranges lack the airspace needed to train fifth and fourth-generation aircrew. Training ranges also do not have the ability to replicate a sophisticated Integrated Air Defense System (IADS), making it extremely difficult to sustain a threat representative of an IADS, including both ground and air threats.

While the Navy and Air Force seek to replicate the complex electromagnetic operating environment in the Joint Simulation Environment (JSE), simulators can only do so much to prepare operators. “At some point, they need to combine the effects generated in the JSE with real-world physiological and psychological effects only available in their actual platforms. This is where the SITL-LVC capabilities come into play.”