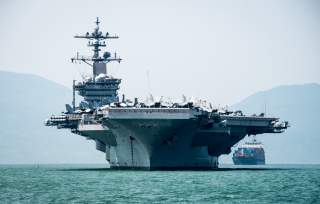 Key point: A small number of torpedo hits can sink a large warship.