Bad News: This Report Shows That the Navy's Carriers Could Still Be Sunk by Torpedoes 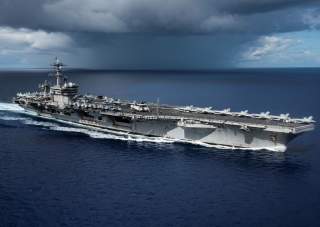 Key point: It doesn't take many torpedoes to take down a warship and it looks like America's carriers aren't as well-defended as previously thought. Is there a way this issue can be reversed?