Battle in the Skies: Why Ukraine and Russia Can’t Achieve Air Superiority 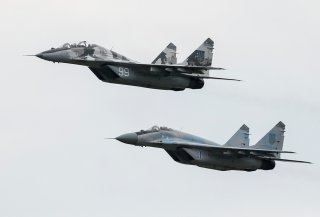 The Russo-Ukrainian War has been underway for six months but somehow Ukraine has managed to prevent the larger Russian Air Force from achieving air superiority.

Ukraine operates sixty-nine fighter jets while Russia has 772 fighter aircraft, according to the Global Firepower index. However, some might look at this numerical imbalance and ask how many of Russia’s fighter aircraft are functional, high-tech, fourth-generation Su-35s, which emerged in 2014. Ukraine also operates air defenses which the Pentagon says continue to be effective against Russian air power.

The Ukrainians operate a collection of Cold War-era Soviet-built surface-to-air missile (SAM) systems, the most recent of which is the SA-15 Gauntlet from 1986. How many of these decades-old systems have been maintained and upgraded? What kinds of additional air defenses has Ukraine been receiving from the West? Whatever air defense systems Ukraine might have, it seems clear that they are working because Russia still has not achieved air superiority. One factor which may still be informing operations is that the Russians have been described by the Pentagon as “risk averse,” meaning that they are less inclined to fly into areas where Ukrainian air defenses can target them.

The Russians have air defenses as well, which is likely a reason why Ukraine has not achieved air superiority either. The Russians have enough long-range, road-mobile SAM systems to cover almost all of Ukraine. Russian S-400 air defenses, which have been in service since 2007, have been continuously modernized with digital networking, high-speed computing, and multi-frequency radar capabilities. In recent years, Russian state media outlets have said their air defenses could even detect and destroy stealth aircraft.

Russia operates upgraded fourth-generation Su-35 aircraft, as well as Su-30s and Su-34s. Both the Su-34s and Su-35s are considered “fighter aircraft” with the Su-34 specifically listed as a fighter-bomber with a long-range strike capacity and the Su-35 acting as a multi-role heavy combat fighter. There is a question of just how many of these fourth-generation fighters are operational, as Russia’s arsenal of older fighter jets is likely larger.

However, based on the numbers alone, Russia’s advantage in fighter jets would seem to massively overwhelm Ukrainian warplanes in the air. Russian aircraft may be losing dogfights in the air to highly motivated Ukrainian pilots or simply be held at risk by effective Ukrainian air defenses.

Ukraine, by contrast, reportedly operates Soviet-built fighter jets such as the Su-24, which first emerged in 1974. An older airframe, however, does not necessarily translate into a fighter jet with little capability. The United States has, for example, massively upgraded its 1980s-era F-15 and F/A-18 fighter jets with new avionics, targeting technologies, sensors, and weapons.