Britain to Double Defense Budget in Response to Russia’s War 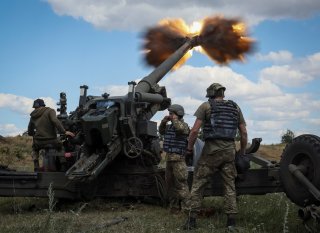 British defense secretary Ben Wallace announced in an interview on Sunday that the British government would boost its defense spending from roughly £50 billion ($54 billion) in 2022 to £100 billion ($107 billion) by 2030—a development that results from Prime Minister Liz Truss’s commitment to increase Britain’s military budget to three percent of its GDP.

In an interview with the Sunday Telegraph, Wallace indicated that the military was “going to grow” for the first time in three decades, following substantial cuts to the military budget with the end of the Cold War. Wallace noted that the increase to 3 percent translated to “roughly a defense budget of £100 billion in 2029-30 … We’re currently at £48 billion. So that’s the difference.” Others have noted, however, that the increased figure by that year does not include an adjustment for inflation, which could lessen the value of the £100 billion by £20-25 billion in real terms.

Wallace’s remarks came within days of British prime minister Liz Truss’s commitment at the United Nations General Assembly to strengthen the country’s defense sector in the aftermath of the Russian invasion of Ukraine. Before serving as prime minister, Truss served as foreign secretary in the cabinet of her predecessor, Boris Johnson; during that time, she oversaw Britain’s response to the Russian invasion, including the provision of billions of pounds’ worth of arms, ammunition, military equipment, and humanitarian aid to Ukraine.

“The reason I supported Liz Truss was that the risks we were prepared to tolerate in the middle of the decade are not risks I want to tolerate any more in light of Russian aggression,” Wallace said.

During the interview, Wallace also offered criticism of others within the Conservative Party who had sought to downsize the military to save money—comparing such tactics to a “corporate raid” by Britain’s Treasury Department. Prior to the war in Ukraine, Johnson had announced that the military would be downsized by 9,500 personnel, a commitment that Truss has quietly maintained.

“My department has been so used to thirty or forty years of defending against cuts or reconciling cuts with modern fighting,” Wallace said. “They’re going to have to get used to a completely different culture.”

Critics of the military expansion plan have noted Britain’s ongoing financial troubles, including a sharp increase in the cost of living. The amount of interest due on Britain’s debt has also reached a historic high this week, according to the country’s Office for National Statistics (ONS).