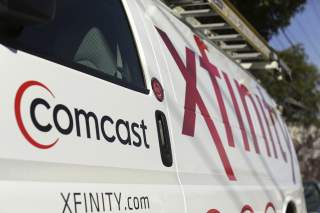 Over at Cable Cutters News, Luke Bouma makes the argument that “greed” was a big factor that led cable TV companies into the bind they are in today. Cable TV could spend whatever it wanted on programming and expensive content like ESPN—at very expensive rates—and just pass on the cost and a lot more to the customer. When there is no competition, you can do whatever you want.

But those days are long gone. Competition from the likes of companies like AT&T and Verizon—who launched Uverse and Fios over a decade ago—ensured that those pricey deals would come back to haunt Comcast, Cox and others. Streaming services like Netflix, Hulu and many others are now doing irreparable damage to these companies’ bottom lines that many of them won’t survive into 2030 and beyond. All of this is why I left the industry many years ago—the writing was on the wall for anyone to see.

I would argue, however, cable TV actually committed a sort of suicide long ago. This was due to a whole host of problems and challenges cable never seemed to tackle. These included never being on the cutting-edge of technology (being late to DVR and consumers’ desires for home networking are good examples) and coming late to the cell phone game (and sometimes failing at it). Moreover, cable companies have little to no response to streaming services and a poor record of customer service. All of these failures have combined to create the perfect storm for cable companies. Instead of having to tackle one or two of these issues, many cable providers are getting hit now on all fronts. And with what can only be considered a generational shift away from cable (with many never signing up at all) and the death of home phone lines, cable companies are now searching for a formula to not only make profits but to simply stay relevant. Satellite companies have it even far worse.

So, yes, greed certainly did cable in, no doubt. But the challenge is far worse than that. If you work for a cable company, I would strongly suggest thinking about changing careers, it’s going to get quite rough in the years ahead.