Can the Pentagon Protect the Strategic Stronghold of Guam? 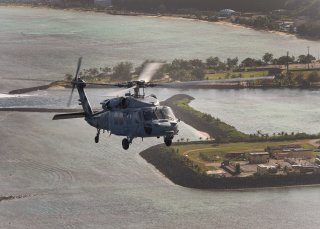 The Pentagon and the U.S. Marine Corps are taking new steps to ensure the island of Guam is effectively protected against incoming ballistic missiles, amphibious assaults, and other kinds of attacks enemies could launch.

During a hearing held by the Senate Appropriations Subcommittee on Defense, senior lawmakers raised concerns about the security of Guam, in part due to an increase in the number of Marines that will be forward stationed there. When asked about this by Sen. Richard Shelby (R-Ala.), Marine Corps Commandant Gen. David Berger strongly agreed, saying, “We will have to ensure Guam is protected.”

Land-centered opportunities to base, launch and deploy assets for Maritime security missions can pose challenges for operational commanders in the Pacific, given the vast waterways across the region. Of course, the United States can align with key partners such as Japan and Australia, but forward positioned platforms, weapons, and forces in this theater may be at a distance wherein deployment could take longer. Guam, however, is in the middle of the Pacific ocean and offers a high-value opportunity for U.S. and allied forces to conduct surveillance missions, training operations, and allied interoperability exercises. It is not surprising, for example, that the Navy’s Triton drone, a high-tech surveillance platform engineered specifically for maritime warfare and detection missions, has been based in Guam for many years.

Highlighting the value-added of placing additional Marines in Guam, both Shelby and Berger showed firm resolve in increasing protections. While specifics related to these issues are not often discussed for understandable security reasons, there are a few general areas U.S. military leaders emphasize. Of course, ballistic missile defense is a key priority, given what is known about China’s arsenal of rockets, ballistic missiles, and anti-ship cruise missiles. This could take the form of having forward-positioned warships equipped with Aegis systems, which are capable of ballistic missile and air and cruise missile defense. However, ground-based defenses might also present unique value to forces in Guam, depending upon the frequency and volume with which Aegis warships could be forward deployed in the region. There is a wide range of air defense systems that might be considered, including Patriot missile batteries and ground-based radar systems. Army programs, such as the fast-arriving Integrated Battle Command System (IBCS), are increasingly able to network otherwise disparate sensor and shooter nodes across a wide envelope, even using multi-domain connectivity to share targeting information.