China Claims It Can Make Stealth Fighters Even More Stealth 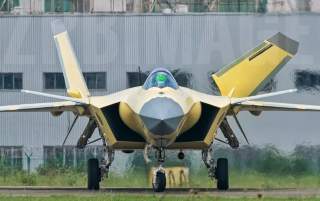 Key Point: Chinese scientists claim they have developed a new kind of material for making aircraft less detectable by radar.

5 Best Submarines of All Time,

5 Best Aircraft Carriers of All Time,

5 Best Battleships of All Time

Worst Submarine of All Time.