China: United States Is ‘Playing With Fire’ Over Taiwan 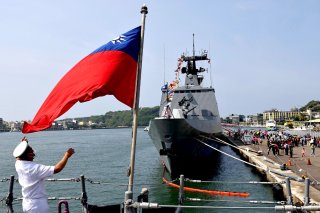 The Chinese government has condemned President Joe Biden’s statement that the United States would defend Taiwan with military force if it were attacked by mainland China, arguing that doing so would represent a major violation of existing negotiating principles agreed upon between Washington and Beijing.

China’s Taiwan Affairs Office, which controls most of the mainland Chinese government’s interactions with Taipei, argued on Monday that Biden was “using the ‘Taiwan card’” as a mechanism to oppose rising Chinese power in the Indo-Pacific region, and Washington “will itself get burned” if it continues. Zhu Fenglian, a spokesperson for the agency, urged Biden to “stop any remarks or actions that violate” previous negotiating principles. She emphasized that Beijing views the Taiwan issue as an internal matter and considers any attempt by the United States to guarantee Taiwan’s independence as a violation of Chinese sovereignty.

During his two-day trip to Japan, Biden surprised many observers by explicitly confirming during a press conference that the United States would “get involved militarily” to protect Taipei against a Chinese invasion if needed.

“Yes—that’s the commitment we made [to Taiwan],” Biden said. “We agree with the ‘One China’ policy; we’ve signed onto it and all the attendant agreements made from there. But the idea that [Taiwan] can be just taken by force is just not appropriate.”

Although the Pentagon later sought to qualify Biden’s remarks and insisted that they did not change Washington’s strategic position, they appear to represent a shift from the United States’ longstanding tradition of deliberate ambiguity on the question of whether to defend Taiwan or not. Biden has voiced similar comments on U.S. commitments to Taipei in the past, including during an exchange at a CNN town hall in October in which he committed to defending the island.

The United States has also remained deliberately vague about whether the “one China” specified in the One China policy refers to Beijing or Taipei, although it has official diplomatic relations with the mainland and only informal ones with Taiwan.

In spite of the lack of formal relations, Taiwan—officially known as the Republic of China—is considered a critical U.S. partner. In addition to its existing trade relations with the United States, the island dominates the global semiconductor trade, and more than half of all computer chips manufactured each year originate from Taiwan, creating an incentive for Washington to defend Taipei that is sometimes referred to as Taiwan’s “silicon shield.”