CZ: How This Firearms Maker Shook the Gun Industry Up 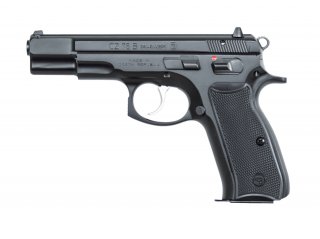 While names such as Browning, Colt and even Walther or Benelli roll off the tongue, the same can’t be said for Českázbrojovka Uherský Brod, which is why it is commonly just known as CZUB or simply CZ. Founded 101 years ago in the then newly independent Czechoslovakia, the company has become one of Central Europe’s largest producers of firearms for the military, law enforcement and civilian users.

“Českázbrojovka” translates to “Czech armory,” and when it was founded. The company is one of several armories located in the country. Bohemia and Moravia had been part of the Austro-Hungarian Empire for centuries and were the center of its arms production—and when Czechoslovakia became independent the nation continued to develop small arms.

It was in 1936 with the establishment of a brand new factory in Uherský Brod that the firm became known worldwide for its production of small arms. Its first products were aircraft machine guns, military pistols and small-bore rifles. However, by 1939 the entire region was occupied by Nazi Germany, which continued to operate the plant, where it was forced to produce and repair military arms for the German war effort during the Second World War.

Into the Cold War

After the war ended, the plant returned to the production of both military and civilian arms, and in 1950 the Company became a separate state enterprise named “Přesnéstrojírenství Uherský Brod” (The Precision Machine Tooling Company, Uherský Brod). It was subsequently reorganized into a number of specialized departments but became the main Czechoslovak manufacturer of small arms and among its products included the Sa vz. 23 submachine gun. It was the first submachine gun to feature a telescoping bolt and made it among the most compact SMG at the time.

The company also produced the vz. 58 assault rifle (officially designated as a submachine gun for the Czechoslovak military), which served as an alternative to the Soviet's AK-47 assault rifle. It went on to produce the vz. 61 Škorpion machine pistol, the first successful attempt to fill the gap between a submachine gun and semiautomatic pistol, and the CZ 75, one of the original “wonder nines” semiautomatic handguns.

After the end of the Cold War, privatization allowed the state-owned enterprise to be transformed into a joint-stock company. Within a decade CZ-USA, the U.S.-based subsidiary of Českázbrojovka Uherský Brod, was created, and it is responsible for the importation and distribution of CZ products in the United States.

The Kansas City, Kansas-based CZ-USA also designs and imports the company’s Field Sports line of shotguns from Turkey, while it also owns and operates Dan Wesson Firearms, which is based in Norwich, New York. That firm produces a variety of pistols including a quality version of the 1911.

Beginning last year CZ-USA now produces some of CZ firearms domestically including the successful CZ P-010 series of pistols. In addition, CZ-USA produces a line of suppressors for rimfire and centerfire firearms for the U.S. market.