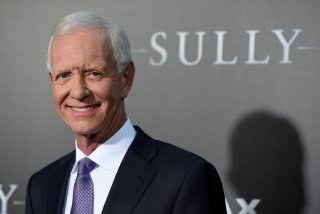 You know you’ve made it big when Tom Hanks plays you in a film. Since what is known as the “Miracle on the Hudson,” you have become one of the most beloved figures in America. Your service as an Air Force pilot and as an aviation safety expert is a credit to you and to the country. And now, the president has nominated you to be his ambassador representing the United States at the International Civil Aviation Organization (ICAO). As you embark on this next chapter, it will be unlike anything you’ve ever experienced. Fasten your seatbelt.

As a standards-setting body for the global civil aviation industry, ICAO’s work doesn’t often capture international headlines. Given that a reoccurring topic of debate at the ICAO Council is which official languages the organization should use, one can be forgiven for not regularly tracking the body’s proceedings. At times, though, you may encounter some turbulence.

Earlier this year, a fully armed MiG-29 fighter jet, at the direction of Belarusian president Aleksandr Lukashenko, forcibly diverted Ryanair Flight FR4978 for the purpose of detaining a dissident journalist, Roman Protasevich. In response, like-minded member states urged ICAO to call a special session of the council, resulting in the creation of a fact-finding investigation to determine if Belarus violated international aviation law. The investigation is ongoing, and the council’s report is expected at its next session in September.

While ICAO is an appropriate body to conduct the investigation, its ability to discipline the Belarusian government, if it is found to be in violation, is limited. The most severe punishment ICAO can mete out is the suspension of a country’s voting powers, pursuant to Article 88 of the Convention on International Civil Aviation, the organization’s founding agreement. But the council has never exercised this authority.

The Biden administration has taken strong action against Belarusian abuses of human rights and international norms. As you begin your time as ambassador, and as a former pilot who has championed aviation safety, your presence will be critical in seeing through ICAO’s promising yet nascent response to this brazen assault on longstanding aviation norms. If Belarus is found to have violated the convention, then the United States should push, at a minimum, to invoke Article 88. U.S. leadership at ICAO in holding the Lukashenko regime accountable is critical to deterring future attacks from autocrats that would threaten the safety of the skies.

Upon your arrival in Montreal, perhaps the most pressing challenge you will face will be rolling back China’s malign influence, which has accelerated in recent years at ICAO and throughout the UN system.

Secretary-General Fang Liu, who served as a senior official in China’s state-owned aviation agency for two decades, has led ICAO since 2015. Her tenure has been marked by numerous scandals.

Despite the Standards of Conduct for the International Civil Service’s requirement that all UN officials “must remain independent of any authority outside their organization” and that “their conduct must reflect that independence,” Liu signed “an agreement of international cooperation” with her former employer to increase ICAO cooperation with, and participation in, China’s controversial Belt and Road Initiative.

Additionally, throughout her tenure, Liu has excluded Taiwan, whose flight region sees tens of millions of passengers per year, from ICAO. The organization’s leadership last invited Taiwan to attend ICAO’s triennial assembly in 2013, but Taipei has since faced steep objections to its participation from Beijing.

China has also flouted international aviation protocol with respect to Taiwan. In 2018, Beijing unilaterally opened its M503 flight route within the Taiwan Strait to northbound traffic, breaching an agreement reached with Taipei three years earlier that allowed southbound-only traffic. Contrary to its own Air Traffic Services Planning Manual, which requires prior consultation “with all parties concerned” for route changes, ICAO ignored Taiwan’s concerns and eventually approved the expansion.

More recently, in early 2020, as member states convened to discuss best practices to stop the spread of the coronavirus, ICAO barred Taiwan from participating even though it is a major aviation hub near the epicenter of the outbreak. The organization’s official Twitter account subsequently blocked voices critical of the decision.

In 2013, Congress passed, and former president Barack Obama signed, a law instructing the U.S. Mission to ICAO to “actively urge ICAO member states to support . . . observer status and participation” for Taiwan. Such a step is long overdue. As you take your seat at the ICAO Council, your vocal support for Taiwan will be critical in securing permanent observer status for this trusted U.S. partner.

And as if blatant bias in favor of Beijing wasn’t enough, Liu also contributed to the agency’s systemic dysfunction. In 2016, Liu mishandled what the Canadian Broadcasting Corporation (CBC) labeled “the most serious cyberattack in [ICAO’s] history,” after a group with ties to the Chinese Communist Party hacked the organization’s servers. According to the CBC, leaked documents revealed that ICAO staff downplayed the severity of the hack and that Liu “shelved internal recommendations” to investigate the team responsible.

To make matters worse, in 2019, Liu fired Vincent Smith, a senior official within the ICAO Secretariat, who blew the whistle on the numerous breaches in connection with the attack. In a formal complaint filed with the agency, he accused Liu of “toxic and hostile” leadership and “cronyism.” It’s worth noting that ICAO’s procedures to protect whistleblowers have historically been some of the weakest in the UN system.

In response to Smith’s firing and other ethical concerns, the United States—ICAO’s largest donor, contributing approximately 21 percent of the organization’s annual budget—withheld 15 percent of its contributions, or about $2.4 million, pursuant to Section 7048(a) of appropriations law. The State Department later restored full funding after ICAO took steps to institute new whistleblower protections at the urging of the United States and “despite pushback from the Secretariat and a number of member states.” Under your leadership, the United States should not hesitate to once again withhold a percentage of its contributions if ICAO reneges on the implementation of reforms.

Reflecting on his time as ambassador to ICAO, one of your predecessors, Ambassador Thomas Carter, noted that “the lack of discussions on purely aviation issues” surprised him the most. He did not expect to spend two years on ethics reforms and whistleblower protections. According to Carter, ICAO “had nearly 100 full-time position vacancies at the end of 2018.” One can’t help but wonder if these management challenges contribute to aviation professionals not joining ICAO’s ranks. Indeed, Carter said it is critical for the United States to provide a “reality check” when ICAO’s bureaucracy strays from its core mission of safety and security.

You already have decades of experience navigating the skies. Now, you will need to navigate the realm of multilateral diplomacy. If ICAO is to deliver on its vision of achieving “sustainable growth of the global aviation system,” then it must get its internal house in order. That requires the United States, as ICAO’s largest donor to hold it accountable for doing so. And in that important endeavor, we wish you bon voyage.

Morgan Lorraine Viña, who previously served as chief of staff and senior policy adviser to U.S. Ambassador to the United Nations Nikki R. Haley, is an adjunct fellow at the Foundation for Defense of Democracies (FDD), where Dylan Gresik is a government relations analyst. Follow them on Twitter @morganlroach and @DylanGresik. FDD is a Washington, DC-based, nonpartisan research institute focusing on national security and foreign policy.