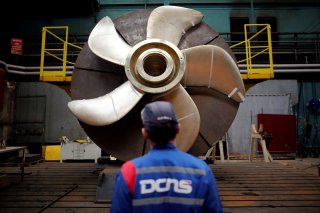 The Indian Navy says it needs stealthy conventional submarines that can stay underwater for weeks. This is possible with the help of the air-independent propulsion (AIP) system technology that can generate oxygen from onboard fuel. India needs six of these submarines, classified as Project 75I.

The Project 75I class was originally supposed to be built parallel with India’s P-75 submarines. The idea was to master the best technology from the West through the P-75 Project and the East through the P-75I, before using these lessons for a future Indian design. But since the AIP clause was inserted later, the P 75I project simply sank.

The Indian Navy knows best what it needs, but it is vital to understand how AIP systems could potentially help its submarines.

Who Uses the AIP System?

A cursory look at navies around the world fielding conventional submarines reveals that most do not require long-range force projection or operations capabilities far from their coasts, such as Europe, Japan, South Korea, China, and Pakistan. The submarines sit submerged near the coast and wait for enemy ships.

Although the AIP system would nearly double the submerged time for a conventional submarine, it also has its downsides. The submarine becomes longer and heavier when the AIP module is inserted and cuts its speed in half. Also, the AIP system has to be refueled in a special facility at the home port. While it helps submarines stay submerged longer, AIP systems have tremendous disadvantages too.

Is AIP Suitable for the Indian Navy?

As mentioned above before, the AIP system is mostly used by countries that have to protect interests closer to home. But the Indian Navy's conventional submarines have operational interests as far as the Strait of Malacca, which is nearly 1,000 kilometers away from the nation's shores. Another feature is that, barring the Sishumar-class, which is better for shallow water operations (it is also suitable for longer ranges too), all Indian submarines have cruise missiles capable of being launched fifty to 220 kilometers while submerged.

It appears that the Indian Navy believes longer submergence capabilities are more important than exiting at high speed if the submarine is detected after firing. Is a submarine that surfaces for the air intake at periscope depth more likely to be detected, or a submarine that fires a missile at periscope depth? One could argue that air intake consumes more time than firing and submerging. At the same time, after the discharge, AIP systems cannot be charged at sea.

So, since the Indian Navy has decided to use the AIP system, it logically requires technology that will remain relevant for the next ten to twenty years. However, the P-75I tender states the Indian Navy wants futuristic technology, which is already proven. Now, most contenders have withdrawn from the tender since they do not qualify for it.

But since the tender is already a problem, does the Indian Navy want the latest AIP technology or the latest propulsion technology? The latest Japanese Taigei-class submarines have proven that lithium-ion batteries are much better than the AIP system since they can stay in the water longer, charge faster (some sources say as short as half an hour), and enable submarines to travel faster. The Taigei-class represents everything the Indian Navy wants the P-75I project to be.

Lithium-ion batteries provide submarines with a submergence capability comparable to boats using Sterling V4-275R Mk AIP, which Japan licensed from Sweden and installed in the previous generation of submarines. In the future, the technical characteristics of lithium-ion-powered submarines will only grow. The battery’s high capacity allows submarines to move underwater for a long time at high speeds which will be critical when attacking a surface target and evading enemy attacks.

Should the Indian Navy continue with the tender, in which there are now just two suppliers left, or does it need to reformulate an entirely new tender incorporating lithium-ion batteries? That is for the Indian Navy to decide.